If you're the kind of parent who prefers aliens, banshees and Chupacabra to help teach your little monsters the ABC's -- we've found your books! 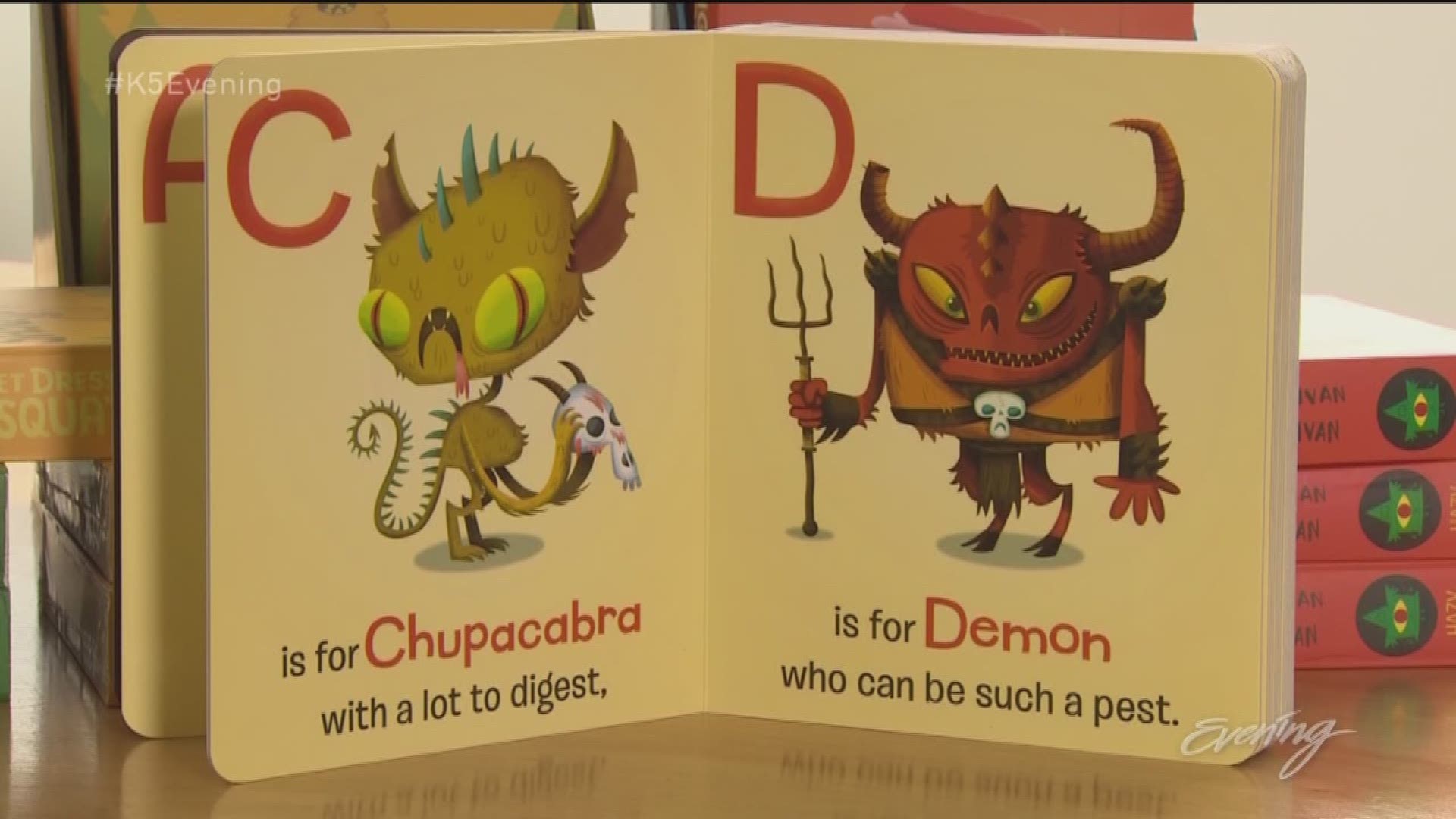 If you're the kind of parent who prefers aliens, banshees and Chupacabra to help teach your little monsters the ABC's -- we've found your books!

Kyle and Derek Sullivan started Hazy Dell Press in 2015. They say they were raised in the Pacific Northwest on crayons, ghost stories and fish sticks.

Derek illustrates, Kyle writes, and together, they create kid’s books that feature creatures: Monster ABC, Goodnight Krampus and their latest, Get Dressed, Sasquatch!

"Our sweet spot I think, is kids who like things that are a little bit outside of the status quo,” said Kyle.

"It's nice to have a creative partner where you have that shorthand," said Kyle.

These twin brothers loved the same books growing up: The Wizard of Oz, and Where the Wild Things Are, naturally.

And they shared similar imaginations:

“When we were kids we were obsessed with anything that was paranormal: ghosts, aliens zombies,” said Derek.

"As a child I was terrified of aliens,” said Kyle. "I believed as a child that an alien abduction was a legitimate threat to my safety and spent nights awake, waiting for aliens to come take me."

These books tame those childhood demons:

"Yeah in monster ABC, ' H 'is for Hobgoblin who smells like a fart'. He is our breakout star of Monster ABC - he's adorable and he doesn't care that he smells bad,” said Kyle.

Neither of these brothers is a parent. Derek and Kyle Sullivan are more like your fun uncle - times two.

Kyle sums Hazy Dell’s operating philosophy up this way: "We wanted to create books the parents could appreciate as much as the kids, but for different reasons."