Amani Jackson has spent the first year of her life in the hospital after being diagnosed with a rare birth defect. Sponsored by Seattle Children's Hospital. 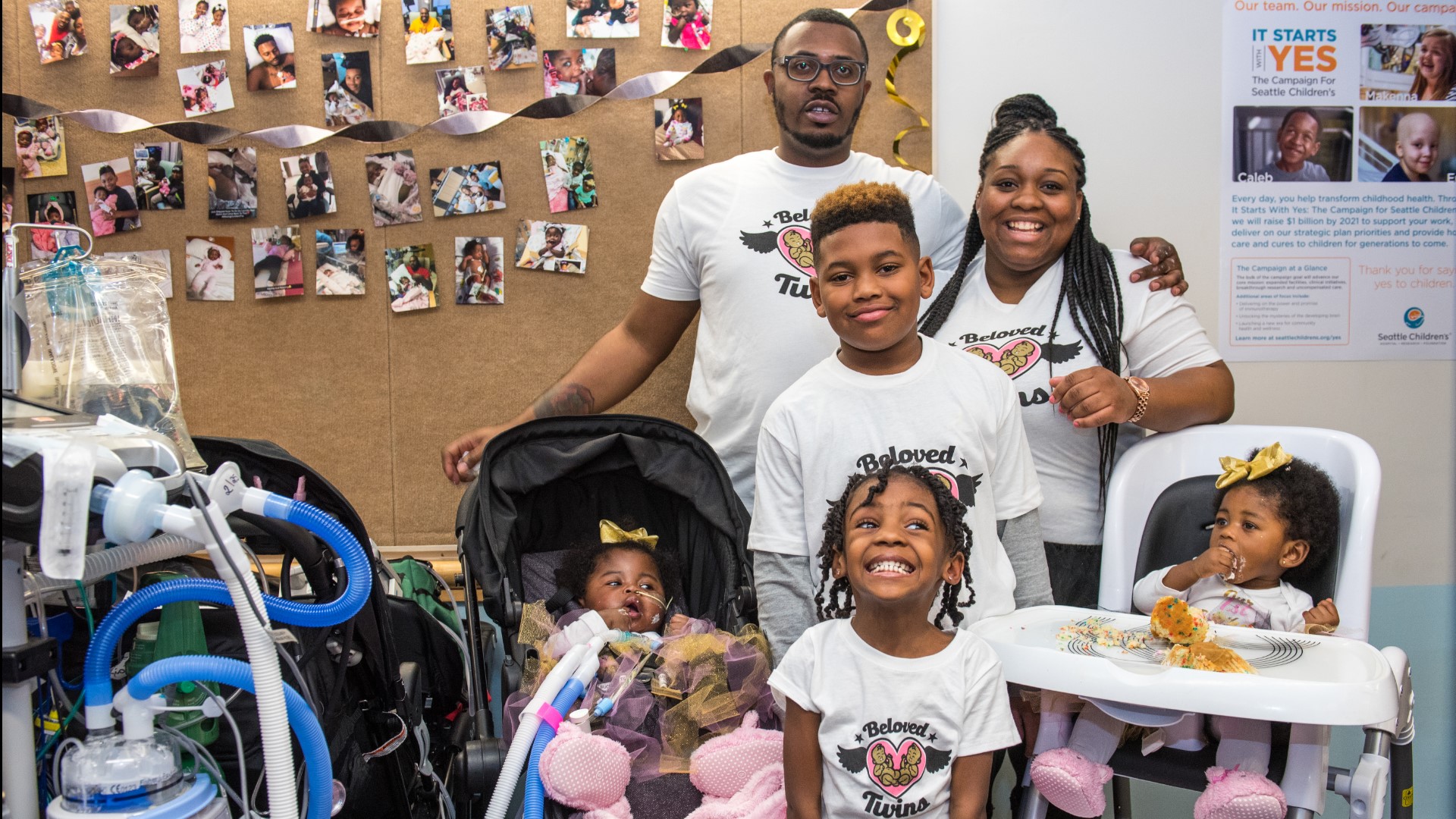 SEATTLE — A child's first birthday is a major milestone for any parent. But for Charles Jackson and Stranje Pittman, it's a miracle. That's because no one knew if both of their twins, Amani and Amira, would survive to see the day.

During her 8-week checkup in Anchorage, Alaska, Pittman found out she was having twins. The good news was short-lived though when she learned that she was having monoamniotic-monochorionic twins. The rare condition occurs when an embryo doesn't split, causing them to share both the placenta and amniotic sac.

"[It was a] 33% chance they had her make it the whole pregnancy," said Jackson.

The family received another blow when they found out that one of the twins wasn't like the other. Amani was diagnosed with OEIS syndrome, a rare and complicated birth defect that affects the development of the lower abdominal structures.

"Basically, since we found out I was pregnant with her they recommended that we terminate the pregnancy due to her complications," said Pittman, "But I wasn't going for that and neither was dad."

With the odds against them, the family moved from Alaska to Washington to be treated at Seattle Children's Hospital. The hospital's Reconstructive Pelvic Medicine Program is the only one of its kind in the Pacific Northwest.

Amani underwent her first surgery at just four months old. While it was a success, Amani has been dealing with other health issues including a chronic lung disease.

"She's been through a lot with all of the surgeries she's had," said Pittman. "But literally she's a fighter every single day."

Amani and Amira celebrated their first birthday party at Seattle Children's Hospital this past January. About a dozen family members made the trip from Alaska to celebrate the occasion.

Amani still has a tough road ahead including more surgeries, but her family know they can get through it all together.

"I'm just super blessed this is even happening," said Pittman. "[Amani] and her sister are a year today and we actually got to this point."