There's a disclaimer on the Slippery Pig Brewery's menu, but plenty of people still order this lye-soaked snack. 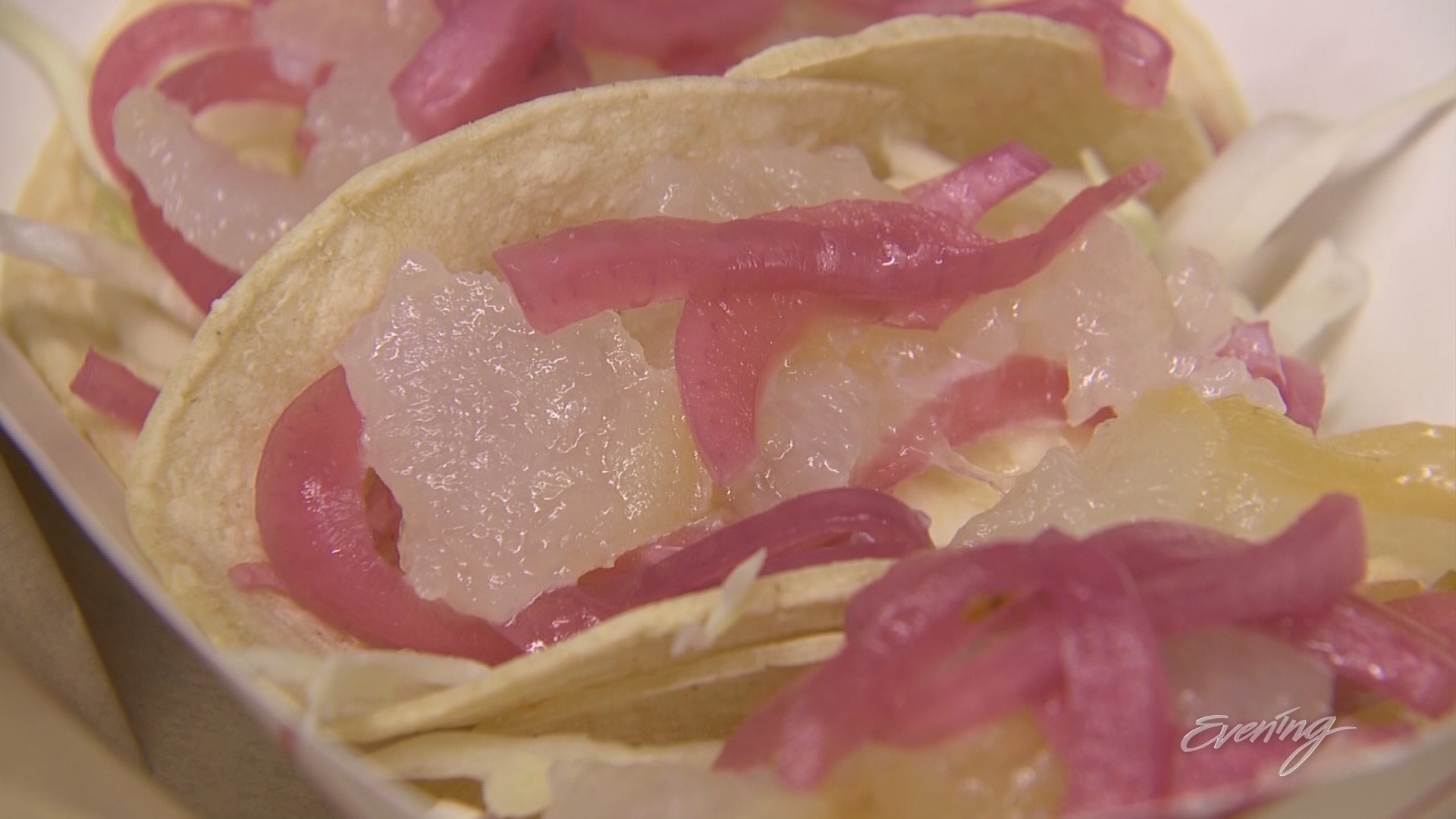 POULSBO, Wash. — If you're a lover of lutefisk you can get your fill at this Kitsap Peninsula brewpub. The Slippery Pig Brewery in Poulsbo may be the only place in the world where Scandinavia meets Mexico -- with the Lutefisk Taco.

Slippery Pig sources their lutefisk from a fish seller at the marina that's just steps away from their front door.

It's basically codfish that's been salted and dried. It's a pre-Viking way of preserving food. Oh, and there's one more ingredient:

"When you're ready to eat it, you soak it in a solution of lye and water until it kind of reconstitutes then you rinse the lye out because you don't want to eat straight drain cleaner,” said Slippery Pig owner Dave Lambert.

It’s a Scandinavian delicacy. Really. And since Poulsbo is a town that was settled by Norwegians back in the late 1800s, lutefisk is well-loved here.

"The texture is kind of a Jell-O. Gelatinous. Gooey, almost. Kind of almost somewhere between wobbly and sticky. But it's delicious!” said Lambert.

The Lutefisk Taco was invented when Dave's friend Jenny Ingram, had leftovers after a lutefisk eating contest - they do that type of thing in Poulsbo.

She took the preserved fish home to her husband Paul. They’re both fans of fish tacos, so they put the lutefisk on corn tortillas with some shredded cabbage and chipotle sauce, tried it, and liked it.

So they took some samples to the Slippery Pig.

"We showed up and whoever was at the bar ate the whole batch of them and it made the menu,” said Paul.

They made the menu with a disclaimer, added Lambert:

"We wanted to make absolutely sure that these were not to be confused with fish tacos so the menu says: ‘Lutefisk Tacos - if you don't know what Lutefisk is, you don't want this.’

People who make it past the menu's warning often become true believers.

"They taste great. And I don't think anybody else is doing this. This is the best way to eat Lutefisk. Lutefisk tacos,” said a patron at the bar chowing down on a trio of tacos, which have house-pickled onions and cabbage in them and salsa on the side.

Fans keep coming back to the Slippery Pig to get their Luta - fix.

"Yeah, we're like a dealer, your local lutefisk dealer,” Lambert laughed, then he added that his ‘Hog's Breath Honey Wheat Ale’ pairs perfectly with his Lutefisk Tacos. Or maybe it’s just the best way to wash this one-of-a-kind snack down.

If you want to go all-in, Poulsbo's Sons of Norway have a lutefisk dinner on January 26th. $25 for adults and your kids can feast on lutefisk for just $10!