Love and harmony on an emu ranch 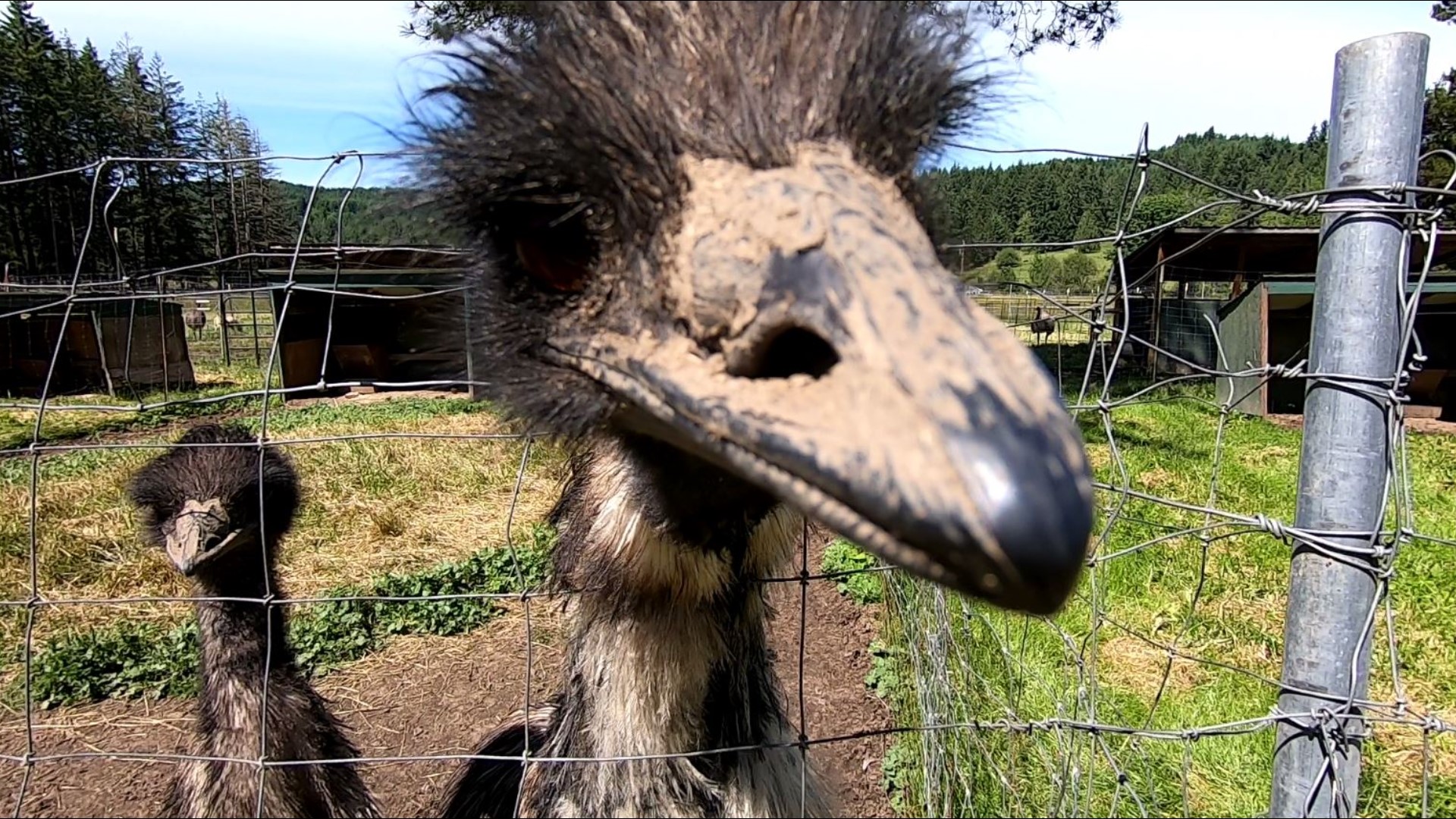 LEWIS COUNTY, Wash. — At an emu farm outside Chehalis, you might expect to see a lot of six-foot-tall flightless birds who growl like the dinosaurs we see in movies. What you might not expect to come across is a modern-day love story.

"We are an eHarmony couple," says Tony Citrhyn.

Citrhyn was a real estate agent outside Portland. Parker was the city attorney for University Place

From the very beginning, they've been meeting each other halfway. When they decided to live together in 2009 they picked a location halfway between their two jobs. What that doesn't explain is how they happened to start up Three Feathers Emu Ranch.

"I blame him," laughs Parker. "I tell everybody I didn't know what an emu was when I met him."

Since the late 80's emus have been farmed for meat and for their fat, which gets rendered into oil used in soaps, serums, and salves.

"It's good for burns, cuts, scars, and wrinkles," says Parker.

"And it will make you look 10 years younger," adds Citrhyn.

With the help of Parker's 18-year old daughter Emily, the couple raise the birds from the moment their greenish-blue eggs are laid. Older birds appreciate the attention they get from people.

"They're curious and shy," says Parker. "They're not aggressive and they're playful."

They can also make what sounds like a drumming sound.

"They have a throat sack that they bring air into and that's just the females," says Citrhyn. "They expel it in a staccato away which makes a booming noise."

The couple have learned a lot of from their emus, but the main lesson is when it comes to love, don't be afraid to stick your neck out.

"Every time a commercial comes on we sort of smile at each other and think 'Oh thank you eHarmony!'", laughs Parker.

"It was not something we expected," says Citrhyn. "But it happened and we love it and it's been marvelous."