This Olympia diner serves the most epic dessert in the South Sound!

King Solomon’s Reef serves a humongous multi-scoop ice cream treat called the Rocky Mountain Rescue, and to work off the calories, 25 cents buys you three minutes of disco lights in the backroom bar. 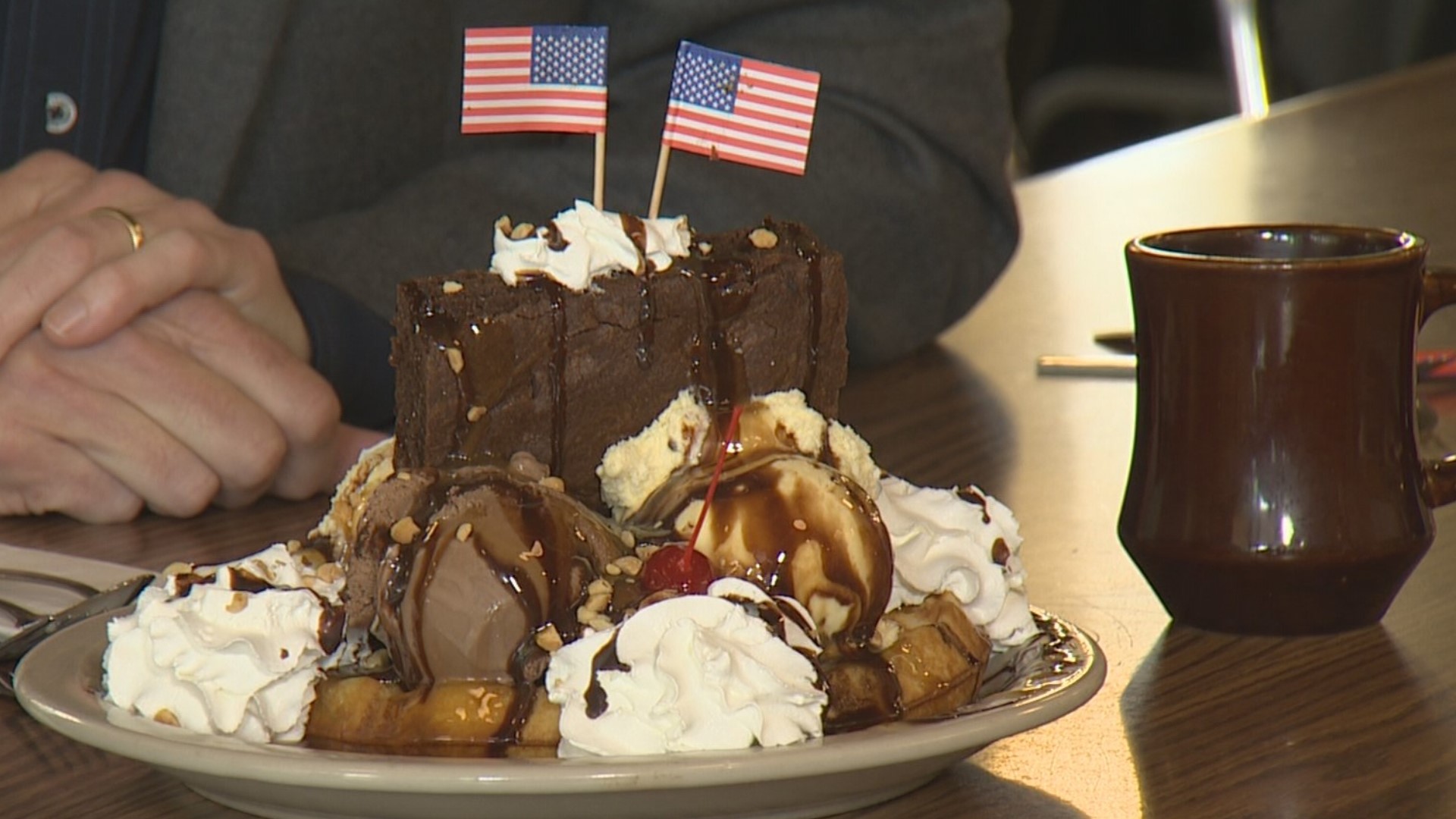 King Solomon’s Reef is self-described as the "best diner in the galaxy". They serve breakfast all day. The chicken and waffles is made with moist, pressure fried chicken and comes with three options: syrup, gravy or both syrup and gravy. The Flying Saucer is a biscuit sandwich that includes a giant sausage patty, gravy and chedder cheese. Viewers suggested getting the totchos, tater tot nachos that are smothered in melted cheese and bacon.

Credit: KING TV
Totchos are nachos made with tater tots

For dessert, get a slice of homemade pie or try the epic Rocky Mountain Rescue. The latter involves a waffle, a hot browning, four scoops of ice cream, chocolate syrup and is topped by two miniature American flags.

Justin and Lindy McIntyre have owned King Solomon’s Reef since 2010. It was their idea to add disco lights to the back bar. A quarter buys you three minutes of flashing lights. The couple’s daughters appear in a web advertisement where they blast through the roof after trying the milkshakes. Along the walls are chickens designed by a sign painter to represent the owners and various servers and bartenders.

Credit: KING TV
The chickens on the wall represent the people who work at King Solomon's Reef

The Reef, as it is known locally, has one major claim to fame. Nirvana’s Kurt Cobain was a regular when he lived six blocks away in 1989 and 1990. He would order the mac and cheese.