This King County farmer celebrates the tiniest harvests of them all 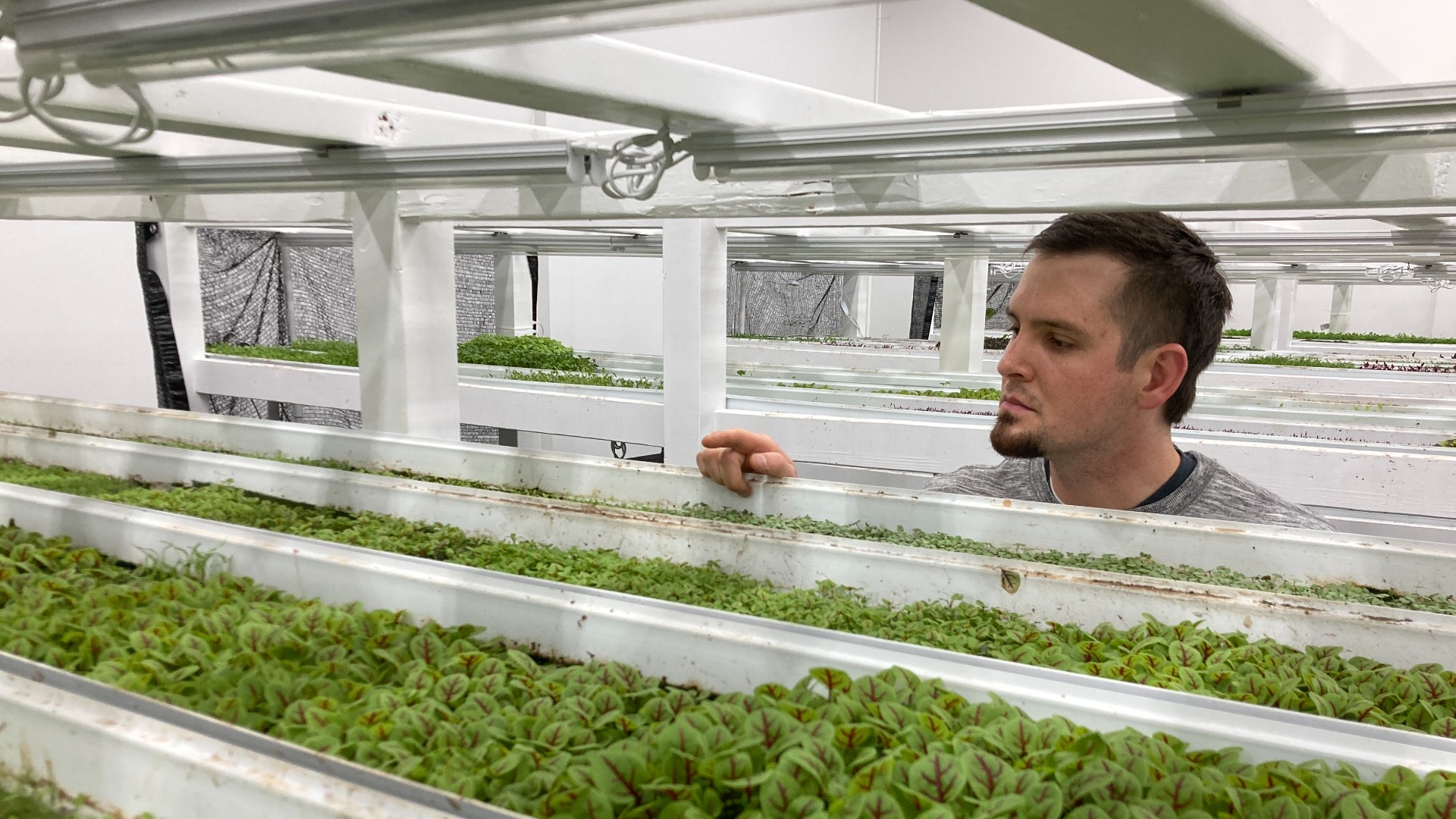 COVINGTON, Washington County — Ross Lewis is that rare farmer who doesn't worry about the weather. That's because his farm is indoors.

“My man cave,” he says. “Everyone needs a man cave and I have one.”

His 2000 square foot man cave is the headquarters of Rain City Greens where Lewis grows a dozen varieties of tiny edible plants that pack a nutritious punch.

“The greens are more nutritious when they're in their smaller form,” he says, “because it's right when it starts to grow that it's most nutritious because that seed is giving it everything it's got.”

Microgreens are popular as garnish at high-end restaurants. Something Lewis knows because he works at one. He's executive sous chef at Trace Market where Team Evening recently hosted a show.

“Really there were no producers in the area,” says Ariel, “and we were ordering it from either California or Chicago.”

Lewis inherited the farm and has taken it to a new level.

It’s one of two babies Lewis is looking after with his wife Rachelle. The second is an 18-month-old speedster named Maverick.

“He was born right at the start of the pandemic,” says Lewis. “He plays while I'm cutting the greens. He watches and he'll be able to see where food comes from.”

Some of Lewis's most popular food items come from inside a large black tent in the corner where he grows mushrooms.

“I started buying logs and just fruiting them,” he says showing off his mushrooms.

The Golden oyster mushrooms have standing orders from several restaurants and so do the Shiitake. During the spring and summer, Lewis grows edible flowers in dazzling colors.

“This is not a job to me”, says Lewis. “I think that's why it works because it's not like I'm at a job going to another job. I'm at a job and then coming home to my hobby which is this.”