This Cle Elum oven has never cooled in 112 years

The bread is always fresh, but it's been baking for more than a century. 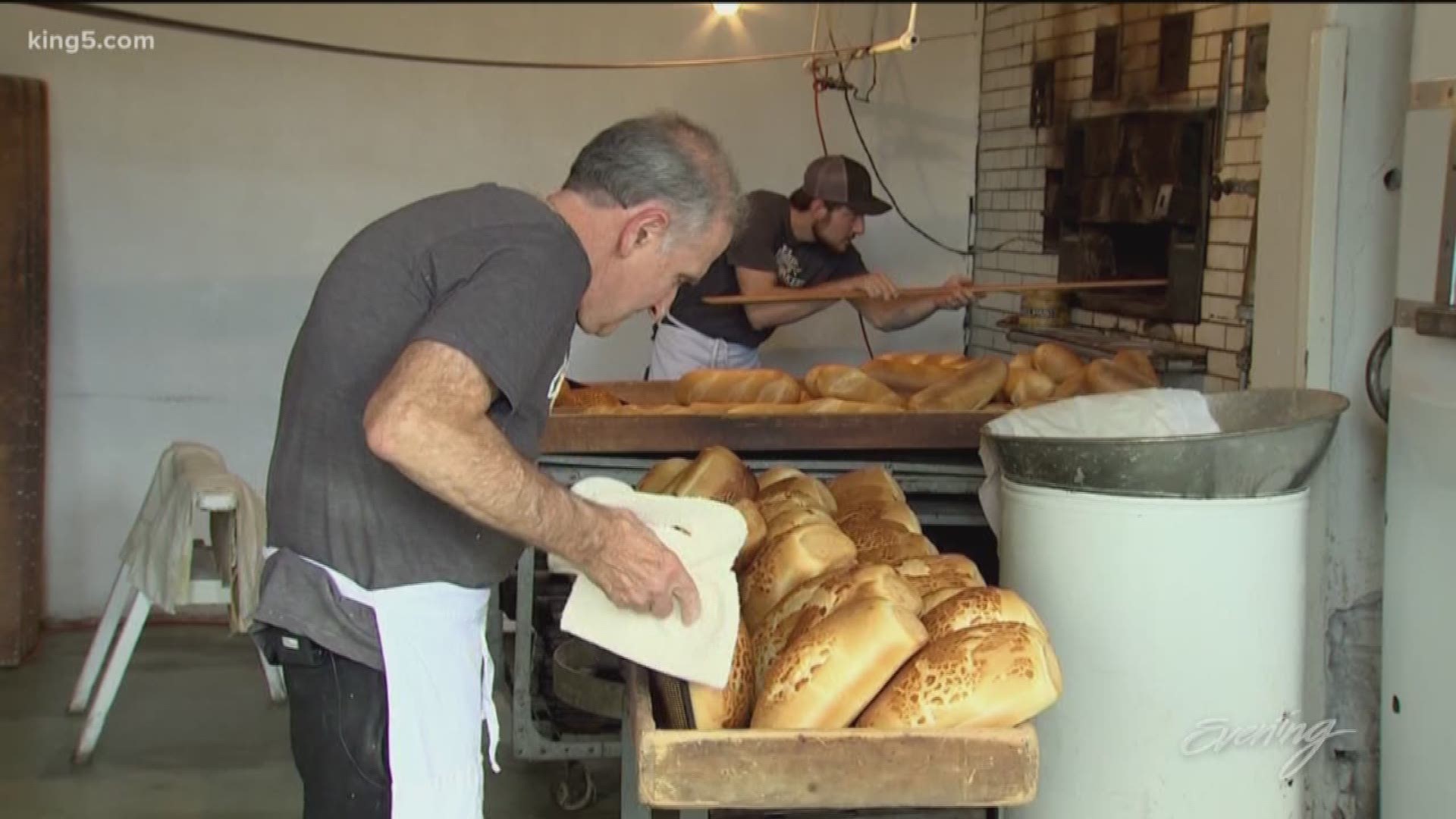 The bakers rise early so the dough can, too.

It's been that way here in Central Washington for more than 100 years. The big brick oven at the bakery was first fired up in 1906. If you were to cut the gas supply, it would take days to lose its heat. And it never has. Not once in 112 years.

Ivan keeps on cookin', too. He started working here at the age of five.

He took over the bakery when he was 20, just after his father passed away.

"We've rearranged a few things, but not much," he says.

Now Ivan, his wife Claudia and their son, Nick, run the family business together. Like clockwork.

"We call it the dance," Ivan says. "We each know what the other person's gonna do. I don't think we've ever argued, have we?" he asks Nick.

"No, we've got it pretty good," Nick responds. "Gotta see him the next day, so why stir the pot?" he laughs.

Every week, they create hundreds of perfect pies, lovely loaves and palatable pastries.

They do it using original equipment, such as bread pans that Ivan's dad worked with back in the middle of the last century.

Half of the bakery's customers are just passing through town, making a quick pit stop off the I-90 exit. The rest never plan to leave. For both customers and owners, this place is a habit that can't be broken.

He briefly considered breaking the chain and setting off on his own.

But something keeps drawing him back.

"It's in my blood. Three generations."

It could be the pull of this special place in this little town, and the warm embrace of a very sweet family.

"You feel good," Claudia says. "Even though we're dead tired at the end of the day, it's a good feeling to know that we're making people happy."

EDITOR'S NOTE: The above video originally aired in October 2018.