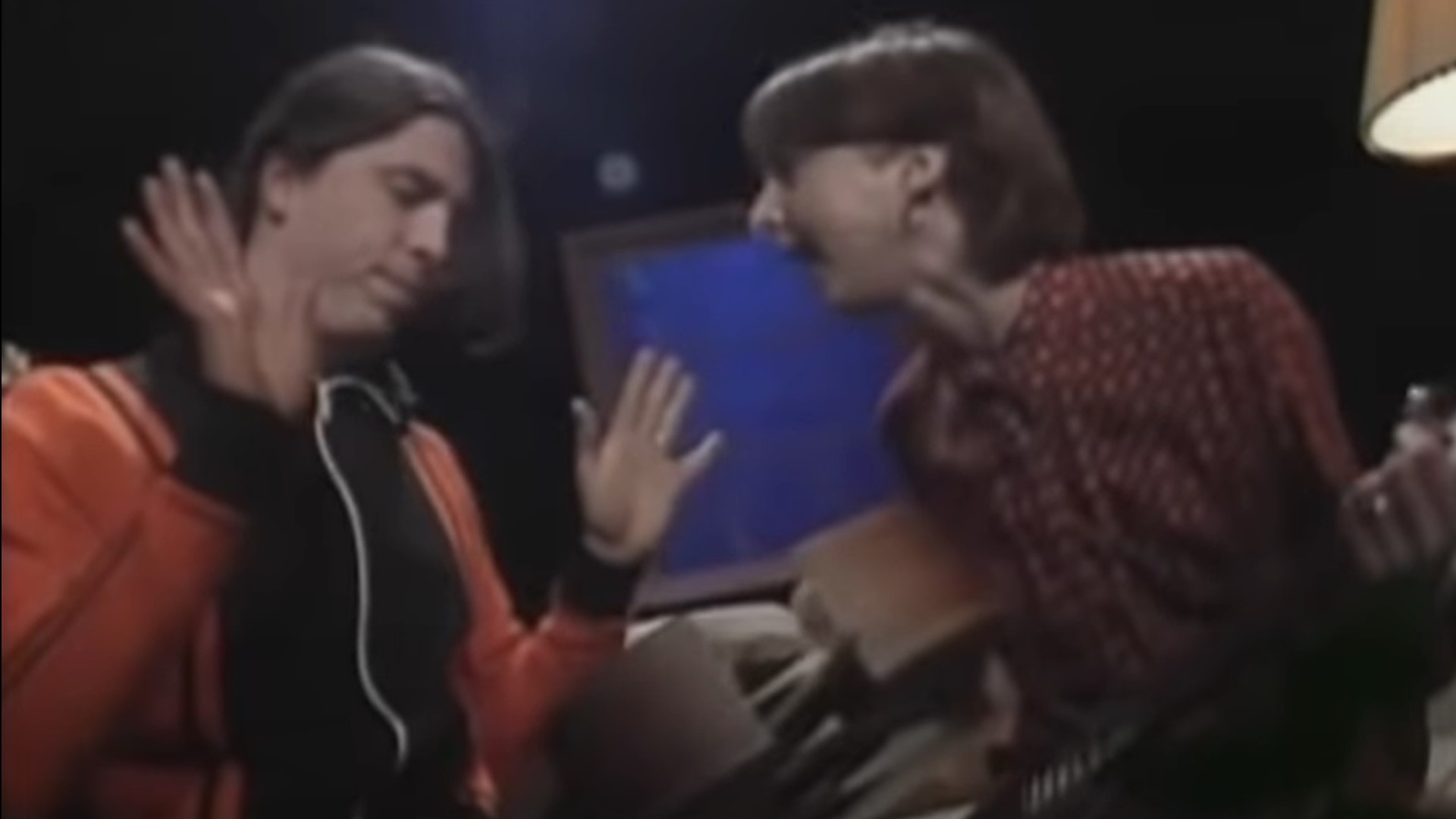 SEATTLE — It's not every day you run into a world-famous musician at a curiosity shop.

It was the early 90's when Wilson, who played a wide variety of lively characters on the KING 5 comedy show, 'Almost Live!' first ran into Nirvana drummer Dave Grohl.

The two of them and their girlfriends became the best of buddies.

Wilson said, "We bowled together. We took dancing lessons together."

So it was only natural that when someone at 'Almost Live!' had the idea for a new sketch called 'Rock Star Fantasy Camp,' they asked Wilson to give his friend, Grohl, a call.

"He was actually recording the first Foo Fighters album up at Robert Lang Studios," Wilson said.

The production crew headed up to the legendary studio in Shoreline.

"That's where we shot his portion of 'Rock Star Fantasy Camp,'" Wilson said.

RELATED: Subterranean Studio in Shoreline is still making history in the world of rock and roll

Grohl was comic perfection, teaching an uptight businessman played by Bill Stainton how to scream into the microphone: "Hey, Cleveland, are ya ready to party?"

"He's very funny," Wilson said. "He's got a great sense of humor. He loves clowning around."

About a year later, the rocker came back to the show to appear in a sketch with Nancy Guppy, who played a narcissistic talk show host. Her character couldn't help but tell Grohl how to "properly" play his latest single, 'Big Me,' and ultimately destroy the singer's guitar while trying to grab it from him.

"That one was really great because it was done live in front of the studio audience," Wilson remembered.

The sketch was largely unscripted.

"I think his answers were pretty much his own," Wilson said.

"I told them we only get one shot at this," Wilson said, "So, if it doesn't pull apart, Nancy, wrestle it from his hands and slam it on the table because the bit doesn't work unless the guitar breaks."

It broke, alright, and returned as a gag later in the show during host John Keister's 'Late Report.' Grohl interrupted Keister to demand that he fix the guitar, and ultimately tossed its remains onto the faux news set. It was a last-minute addition to the program.

"That just came up during rehearsal," Wilson said.

Dave Grohl and Foo Fighters would go on to film plenty of off-the-wall music videos. Watch closely, and you'll spot some of the same comedic instincts that were on display at KING 5 all those years ago.

Grohl is making a homecoming of sorts as he and the Foo Fighters play the newly renovated Climate Pledge Arena in Seattle this Tuesday.

RELATED: How the Science Guy got his start in Seattle