West Seattle girl band is rocking their way to the top

With the release of their first single "BAD 4 U", THEM steps into the Seattle pop scene. #k5evening 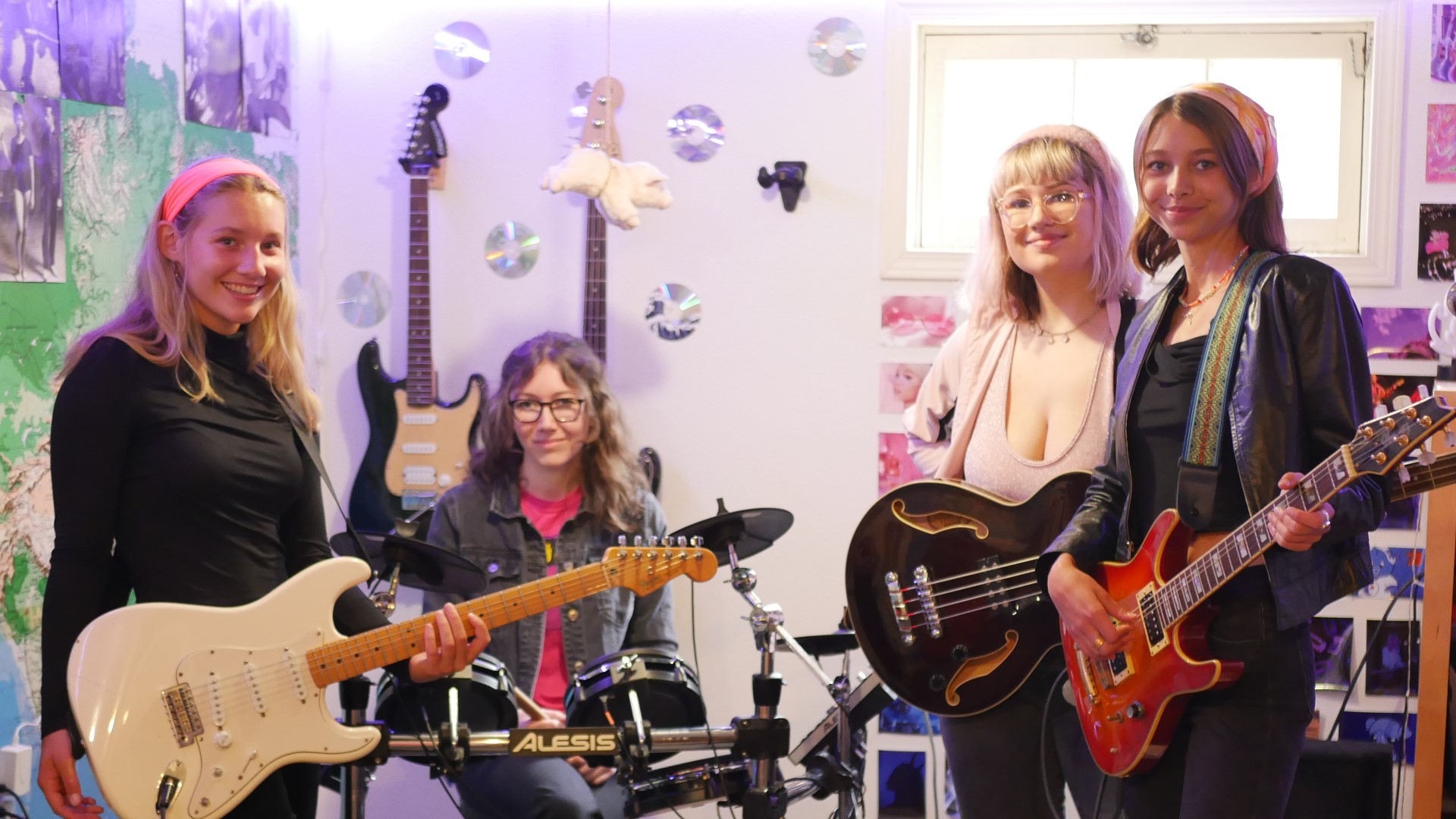 SEATTLE — Seattle's newest pop band is played every week on KEXP, has a billboard in Tacoma, and is made up of young women all under the age of 20.

What were you doing as a teenager?

Thompson, Hudson, Ellie and Maia are making their way in Seattle's pop scene with their band THEM – named for each of their initials. The band met at MODE Music Studios in West Seattle

"We started playing and we really connected starting with covers, but eventually branching out with original music," Thompson said.

The band's first single is BAD 4 U. In this song, the singer is falling for a boy, but her friend warns her that he's bad for her.

"So yeah, BAD 4 U is definitely about someone's specific name," the band said with a laugh.

No naming names, though! They first recorded BAD 4 U in 2020, but there were some growing pains.

Credit: KING 5
THEM is made up of Thompson, Hudson, Ellie and Maia.

"We were really anxious to get the song out. We wanted it out and going, but it just didn't work out," Ellie said.

They recorded it again in 2021 and even scored a spot on "America's Got Talent," but the day before they were due to fly out, the show was canceled. The band was crushed, but they didn't give up. Instead, they released BAD 4 U themselves on June 4, 2021.

And it blew up.

Atticus on KEXP began playing it every week. The band had a billboard in Tacoma. There were articles and TV stories and show bookings. And after the success of BAD 4 U, THEM is just getting started.

"It feels like we can do it ourselves. And we can build us from the ground up, and it's empowering. And it's exciting," Hudson said.

You can listen to BAD 4 U on all streaming sites.