The Unipiper keeps Portland weird in more ways than one

A rare and unprecedented combination of skills lights up the night 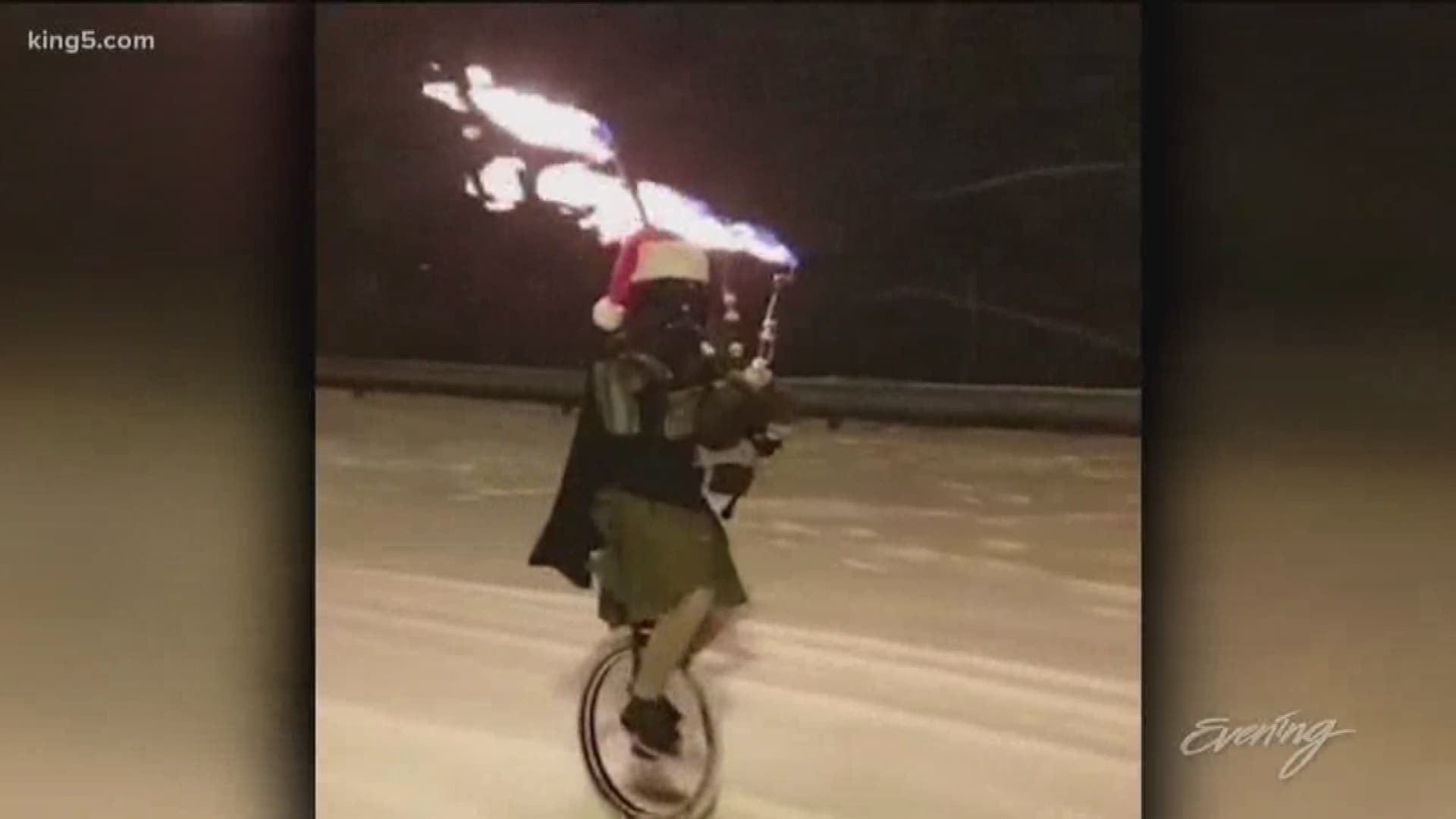 Nobody lives that slogan more than a character simply known as "The Unipiper."

"No, I've never met another Unipiper. That's why I call it THE Unipiper," says Brian Kidd.

Probably safe to say this is the first time in history a bagpipe, a unicycle, and flames join as one. Oh, and then there's the Darth Vader helmet.

"My first unicycle I found in a dumpster. And that was during the time I was learning to play the bagpipes."

Friends would joke that he should practice his two new hobbies at the same time.

"Once I tried, I regretted that I didn't start sooner 'cuz it's just like peanut butter and jelly."

"The bagpipes use precisely the only muscles left in your body you're not using when riding the unicycle."

But something was missing.

"I finished and a lady came up to me and was like that was impressive. But where's the fire? And again, probably being facetious, I'm assuming. But I took that as a challenge. I was like OK."

So flames we shall have.

He says Portland's the perfect, maybe the ONLY place for the Unipiper.

"It's being able to be yourself and not be judged for it. Sometimes people will tell me I'm the reason they moved to Portland? That's a little weird."

But for Brian and for his city, weird is where it's at.

Brian has his own non-profit, Weird Portland United, that is dedicated to keeping Portland weird.