“I love being a mountain boarder, “ said Tumwater's Alex Rossiter. “I love the Northwest. I love being from here, and it's just so perfect.” #k5evening 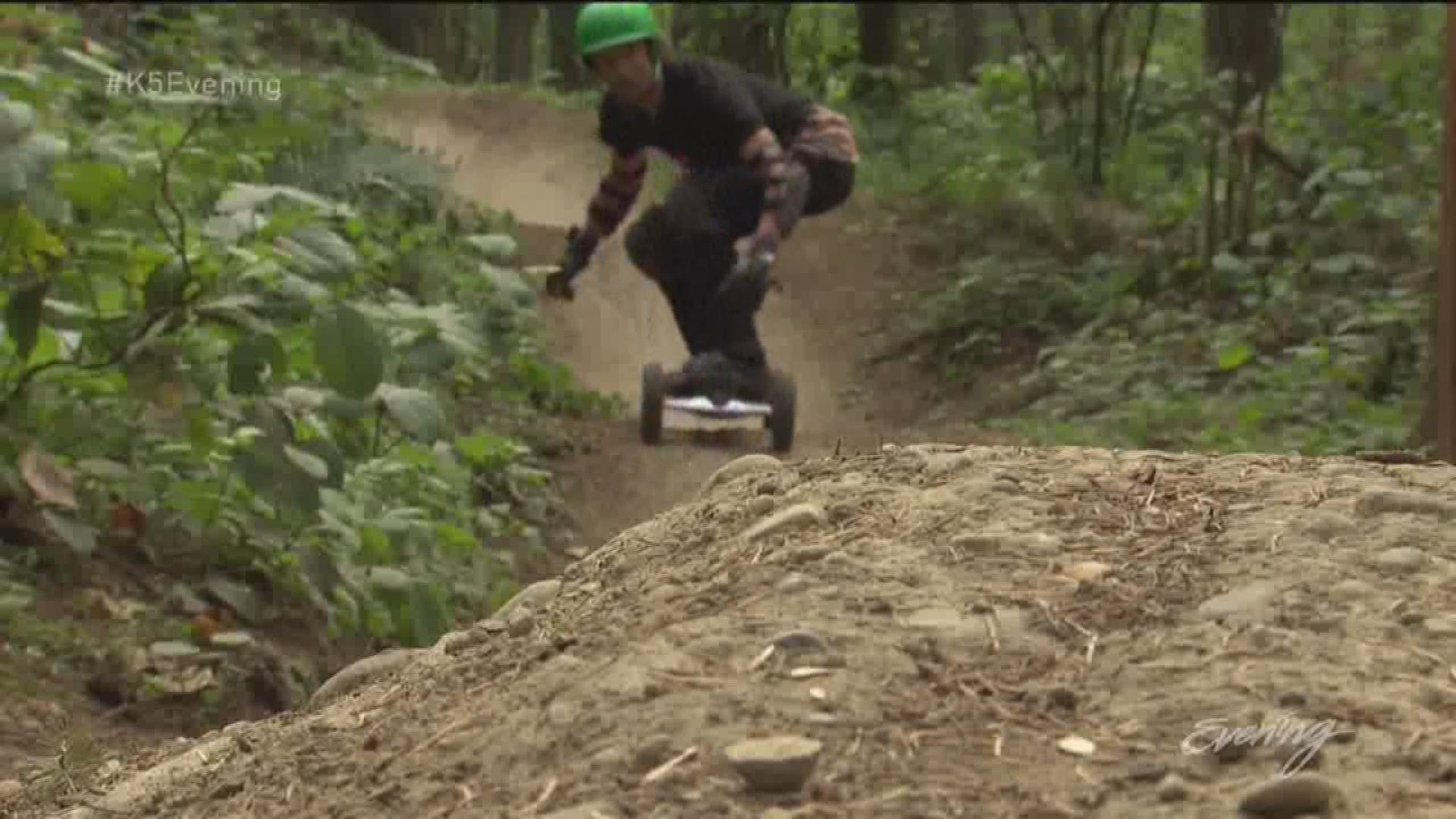 DISCLAIMER: This story is an encore presentation of KING 5's Evening.

“I love being a mountain boarder, “ said Tumwater's Alex Rossiter. “I love the Northwest. I love being from here, and it's just so perfect.”

Rossiter goes where few skaters have gone before.

“I call it Sasquatch surfing for a reason,” Rossiter said.

Nine months out of the year, as long as it’s not raining or snowy, you'll find him racing down mountain bike trails. On four wheels instead of two.

“The sport is basically like snowboarding, only off-road with no snow,” Rossiter said.

Rossiter was 14 when he first read about mountain boarding in a skater magazine back in 1999.

For the longest time, Rossiter wondered if he was the only mountain boarder around.

“Yeah it's been real lonely,” he admitted.

Rossiter was making so many best friends he decided mountain boarding needed its own clothing line, Shred Life.

Shred Life recently sponsored a mountain boarding throw-down in Issaquah. Alex just hosted his 5th Shred Fest at Mount Hood and plans to host his 6th in Montana next year (2021).

“Being in the thick of a competition is actually really, really fun because there are so many other riders there to ride with, and get excited for, and they get excited for you, and it's more fun than anything,” Rossiter said.

There were time trials, freestyling competitions and many, many spills.

“The board will make it through.The rider? You know, that's what you got to worry about,” Rossiter said.

“I've broken both my hands numerous times and both feet,” Rossiter said.

And at the so-called ShredFest NW, Rossiter broke his helmet, crashing in a cloud of dust.

“So you can get really hurt if you're really pushing but you can also have a whole lot of fun all the time,” Rossiter said.

That is just the kind of mixed message guaranteed to keep mountain boarding from becoming too big a sport too quickly. But that's okay with Alex. It means he'll have more of the mountain to himself.

“I love being able to just pop the board out and just go shred wherever I want, whenever I want. You know, wherever I am,” he said.

DISCLAIMER: This story is an encore presentation of KING 5's Evening.