The rich culture of India celebrated at Seattle Art Museum

A new, visiting exhibit collects 500 years of treasures from a royal dynasty in India. 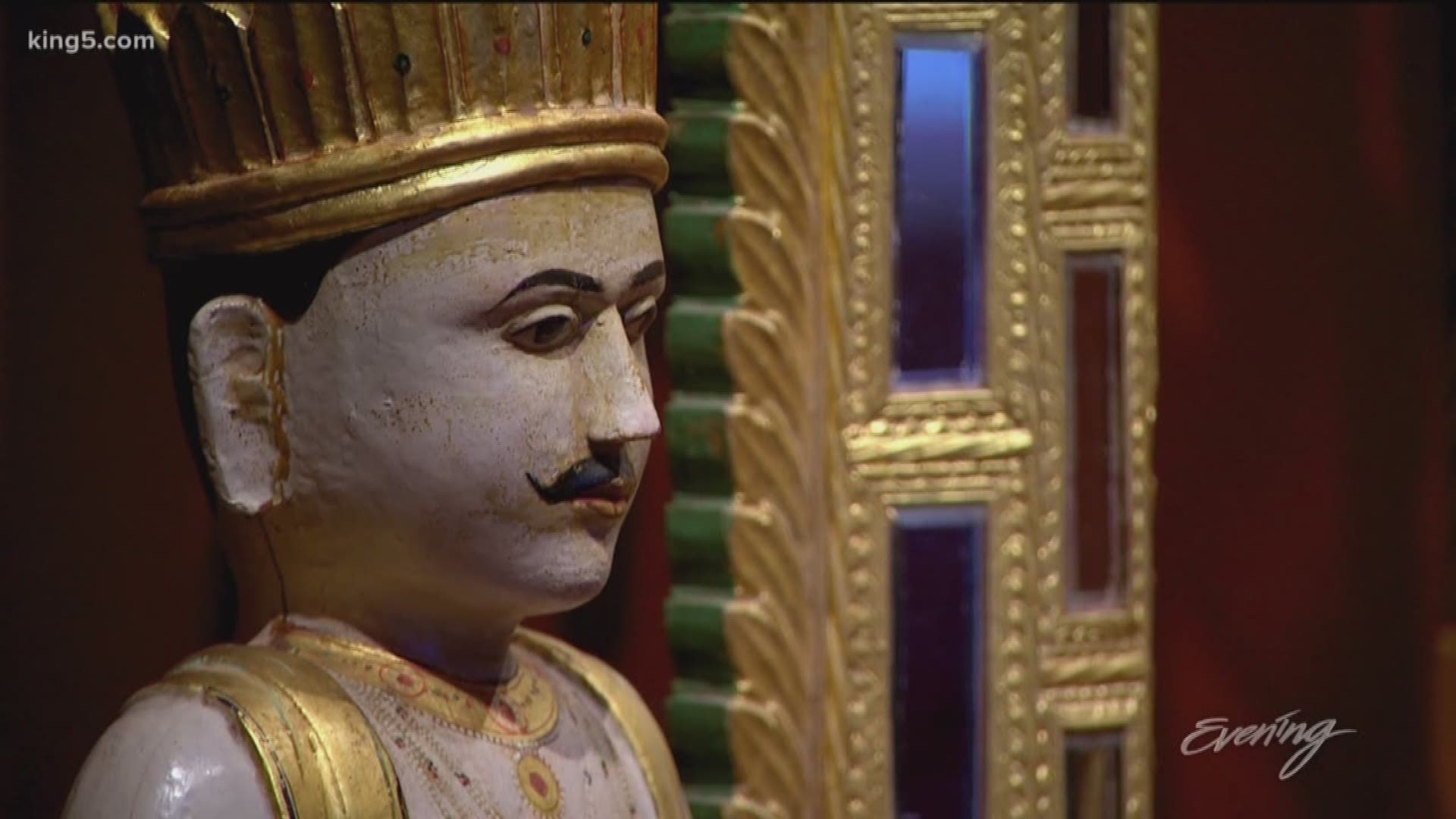 SEATTLE — A royal palanquin used to carry a ruler and his queens on the shoulders of men. A tent large enough to be called a mobile palace. A wedding procession made up of life-sized mannequins of elephants and horses. These are just some of the dazzling items on display in the Seattle Art Museum exhibit Peacock In the Desert.

“This is a beautiful window into the rich culture of India,” says curator Karni Singh Jasol.

It’s a window that comes courtesy of the current Maharaja of Jodhpur, who established a trust in the early 1970s to protect the treasures his ancestors commissioned from as far back as the 17th Century.

“He's the 37th king in line, ruling in the same place, so there is this tremendous continuity of the same family and its patronage of art,” says Jasol.

Jodhpur is the so-called “peacock in the desert”, a popular tourist destination and home to the Maharaja's 347 room palace, now part private home, part hotel and part museum. As much as we'd like to visit the palace, we can see the highlights of the museum right here.

“This is the first time that such large-scale objects in such large numbers have come outside India,” says Jasol.

In an exhibit that required several airplanes to move, you'll find a collection representing royal woman's dowry, jewelry, swords and sabers, shrines and so much more.

All celebrating the rich culture of India. Peacock in the Desert: The Royal Arts of Jodphur, India runs through January 21, 2019.  Seattle Art Museum is offering a 50% discount on Tickets using the code: 2for1Peacock