SEATTLE — From Pisa to Peru, something strange is happening. People are purposely contorting their bodies, and providing visual evidence for all the world to witness.

Yes, The Pose is sweeping the globe, thanks to Seattle photographer Janis Olson.

"You can never start too young," Olson says, as she guides preschoolers at Snoqualmie's Explore and Grow Learning Center through a photo session.

Olson was a graphic artist for Nordstrom back in the 1980s, when she noticed that catalog models throughout the industry were striking a retro pose that harkened back to the '60s.

"Bend one knee, and the other leg is stretched," she says, "Almost every couple weeks they had these ads with these girls doing that pose."

The Pose was originally intended to be a sophisticated take on fashion photography.

"I think it was probably edgy at that time."

But it became a sort of inside joke between Janis and her friends. One that has never gone away.

"Now people will send me photos. I don't even ask them." 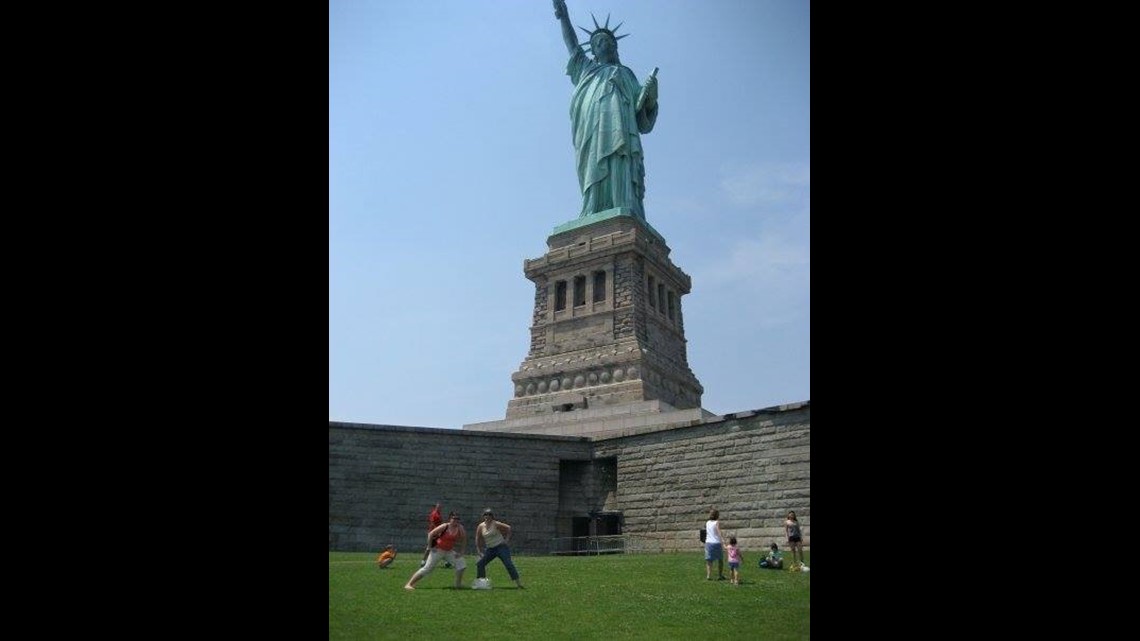 'ThePose Olson' Facebook page features Olson's own photos, and contributions from around the world.

"It's really hard to beat the one in front of the pyramids."

There's one with celebrity chef Tom Douglas, another featuring former Secretary of the Interior Sally Jewel.

"What's this strange person I've never met before, wanting me to do The Pose?" she imagines they're thinking. "But once I show them, they see how silly it is."

Olson often gets in the picture, herself.

"I just get the courage up and I'm like, 'Will you do this pose photo with me?'"

Olson, whose son has type 1 diabetes, hopes friends and strangers will post their Pose pics and hashtag them #PoseforT1D, make a donation to fight the disease, and challenge their friends and family to do the same. She's set up a fundraising page for "posers" to support the fight against type 1 diabetes.

Maybe, someday, every pose will be The Pose.

"One of my goals is to have The Pose go global."