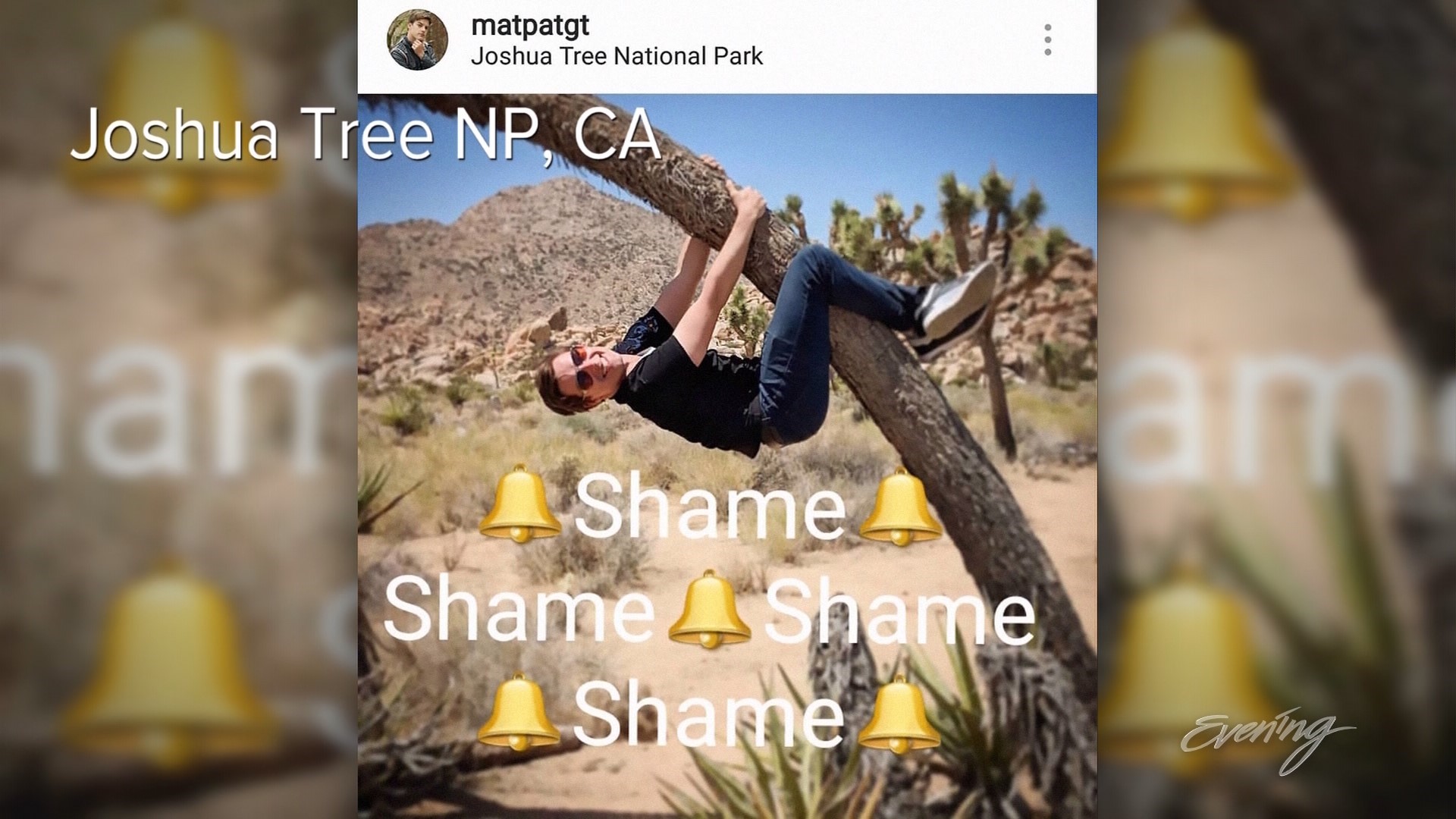 Now he's using to social media to fight back. His Instagram account Public Lands Hate You is so controversial, he hid his identity during our interview.

Why does he choose to remain anonymous?

"I've called out a number of influencers and companies who have lost sponsorships or business due to their behavior. And a number of them have threatened me in a variety of different ways."

He will tell us he’s in his early 30’s, lives in the Northwest, and has visited almost all of the national parks. He launched his Instagram site in summer 2018 to vent about people spoiling special spots in nature just to get a good photo for social media.

“I just think that there’s a lot of pent up frustration with people who love the outdoors who are going out into the outdoors and seeing people doing things that are harmful.”

For example, during California’s recent super bloom he called out social media influencers for posing off-trail, laying in wildflower meadows and smashing poppies, even picking them roots and all. He’s actually found sponsored accounts featuring people laying in flattened fields of flowers as they promote outdoor apparel. All activities that are illegal on public lands, because they do damage.

He has pointed the illegal photos out to sponsors, and some social media influencers have lost clients and dollars because of his actions.

As people head outside to enjoy the warm weather here in the Northwest, he’s worried about what they might do to get the 'gram.

"Millions of people are going to be visiting Olympic National Park, the Cascades, Mount Rainier, and many of them might make the same choice that people are making in the super bloom, to ignore the rules to get that one perfect photo"

'Getting that shot' has already destroyed parts of the Pacific Northwest. In 2017 a teenager lighting and throwing illegal fireworks started the massive Eagle Creek Fire in the Columbia River Gorge. The teen's friends were shooting a video.

This anonymous man is careful to call out the action, not the person, and doesn't allow personal attacks on his page. He also shares good behavior when he sees it, and teaches responsible social media sharing, like staying on trails to get the shot, and not using geotags.

"The problem with geotags is they tell the world exactly where a picture was taken. And then drive people to that location."

He’s being called a social media vigilante, but he just wants people to think twice before sharing photos of themselves unwittingly destroying fragile spots, feeding wild animals and using mother nature as a prop.

As long as people take photos of themselves abusing public lands, Public Lands Hate You will share them too, and point out what, exactly, they are doing wrong.

As long as his Instagram site remains up. He believes the page is at risk of getting shut down because he's targeting high profile people.

What does he want to achieve?  It's pretty simple, really.

"I wish that people would just stop sharing pictures that show them doing things that are harmful.”