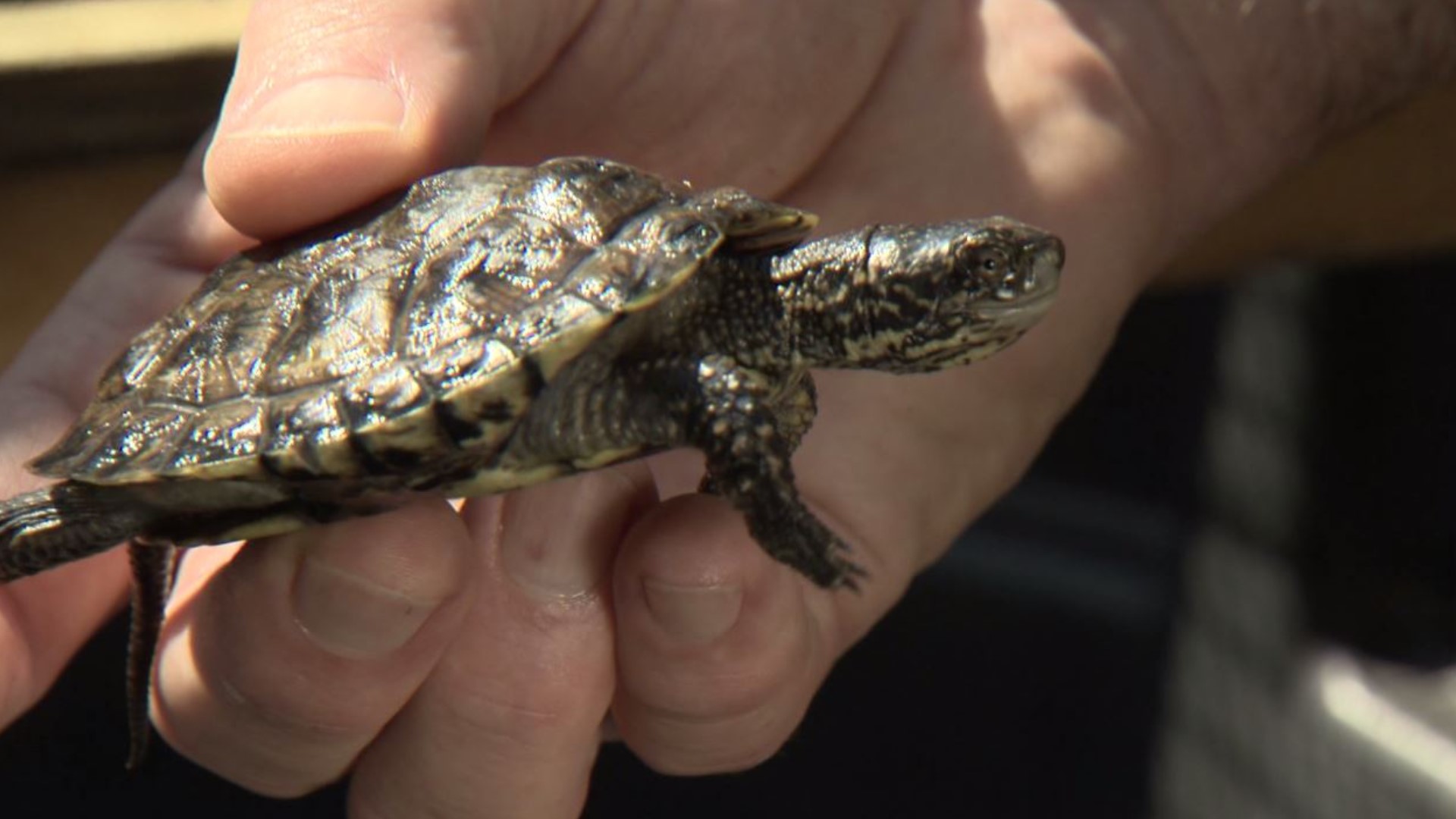 LAKEWOOD, Wash. — Three decades of love and care is bringing a species back from the brink.

"Every one is marked with an individual ID," Woodland Park Zoo animal curator Kevin Murphy said, as he lifted a tiny turtle out of large plastic tub.

Murphy is working on the front lines of the climate crisis, battling to save a creature in crisis.

"There are different threats and it has evolved," he said.

RELATED: An Amazon rainforest of the sea fights for survival beneath Puget Sound

Thirty years ago, there were just 150 western pond turtles remaining in Washington state.

But through a program created in 1991 by the Washington Department of Fish and Wildlife, Murphy and his team here at Woodland Park Zoo raise dozens of the endangered turtles each year for release into the wild.

"We handle them for weighing and data collection twice a month. That's it," Murphy said, "We want them to be shy. We want them to hide because we feel like they'll be more successful as wild turtles."

Out in the wild, the little guys face a climate crisis and a dwindling habitat. If that's not enough, they're also threatened by a mysterious fungus.

"It erodes their shells, gets deep into their shells and causes problems over many years," Murphy said.

And an invasive bullfrog species goes after the newborns. That's why the zoo raises the turtles for close to a year, until they're too big to be frog snacks.

"They won't be able to fit it into their mouth," Murphy said.

Every summer, volunteers gather at a Pierce County pond to release the graduates into the real world.

"Pretty cool, especially if you had a hand in rearing these turtles, to be able to put one in a pond and watch it scoot off into the muck," Murphy said. "That's pretty exciting."

Thanks to the release program, the state's pond turtle count has increased about 600 percent over the past three decades.

"Pretty fabulous and I think it makes everybody feel really good," Murphy said.

This population is still fragile. But their chances are looking a lot better thanks to a little help from their friends.

"Every zoo caretaker's, every zookeeper's dream is to make an impact on the wild population," Murphy said, "I'm proud of the program. I'm proud that we've made changes, very deliberate changes, that seem to have very positive results."