The family that's been dressing Seattle for more than a century

This Georgetown business outfitted the workers at the World's Fair and the Seahawks. #k5evening 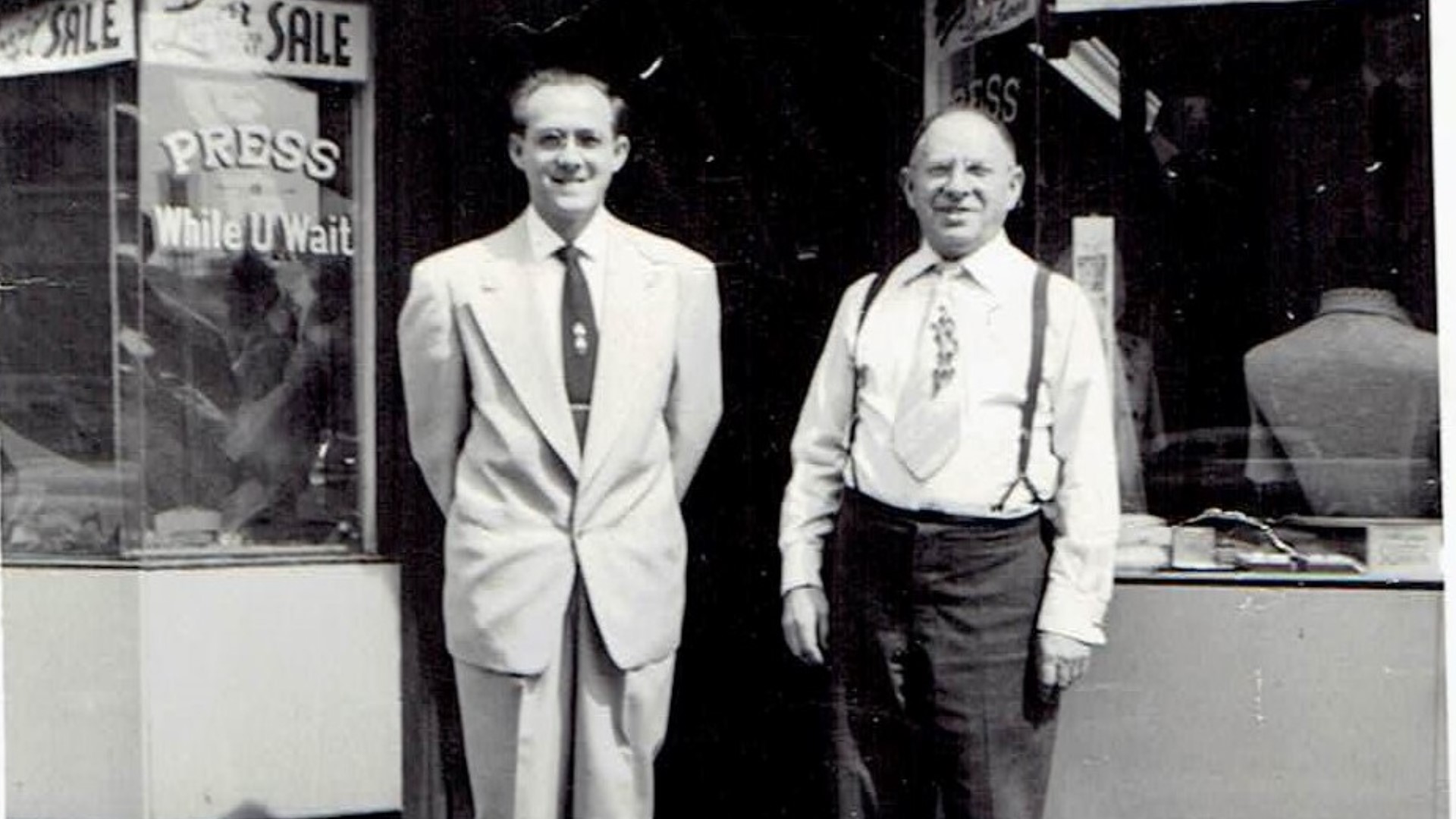 SEATTLE — Alan and Art Sidel's family has outfitted Seattle for more than 100 years, from teams and clubs, to all 1,000 employees of the 1962 World's Fair.

That wasn't even the first world's fair the family put clothes on. Art and Alan's great-uncle Lou was a tailor for the Alaska-Yukon-Pacific Exposition of 1909.

Lou was assisted by his younger brother, Archie, who became a skilled salesman.

Credit: Sidel Family
Archie learned the art of tailoring from his older brother, Lou, around the turn of the last century.

Alan said, "He would get clients off the street, bring them in, lay them down on a piece of parchment, draw out their outline and measure them. And a week later, for 17 dollars, you could have a suit with two pair of pants."

Seventy-five years ago, Archie opened a men's clothing store in downtown Seattle with his son, Don.  They would run 'Don's Men's Shop' and its successor for the rest of their lives.

"There was a lot going on in Seattle with clothing and style," Art said.

Archie knew how to keep the party going.

"You know, a glass of scotch with your pressing,"

The Sidels dressed the rich and famous, like Hollywood icon Sammy Davis, Jr.

"When Sammy was performing up in Seattle, he walked in off the street, visited my dad, liked the clothes, liked my grandfather and my dad, and enjoyed that company, and started a friendship with him," Art said.

RELATED: History of Seattle fashion on display at MOHAI

In the late 1950s, Don saw that local college teams could use a sartorial upgrade for their road trips.

Alan said, "They never dressed up."

University of Washington rowers and the Rose Bowl-bound Husky football team got the special Sidel treatment.

"They put them in blazers," Art said.

From there, this little family business invented the practice of sports teams going formal when they go on the road.

"A group of 80 or 90 players, and put them all in coats and pants," Art said, "That was more lucrative than selling one suit at a time in his store."

They dressed hydro racers and the Seahawks.

"Dad put sideline pants on the coaching staff all the way from the Jack Patera era up to Mike Holmgren. Every coach, every staff, all those years," Art recalled.

Don Sidel passed away a few years ago. But his sons continue to stitch the fabric of their father's local legacy.

"My dad was a civic-minded business person," Art said. "He cared about Seattle as a community. That was something he was pretty proud of."