The best views of Tacoma you have ever seen!

Founder of popular "Over Tacoma" posts is newcomer trying to discover his hometown. 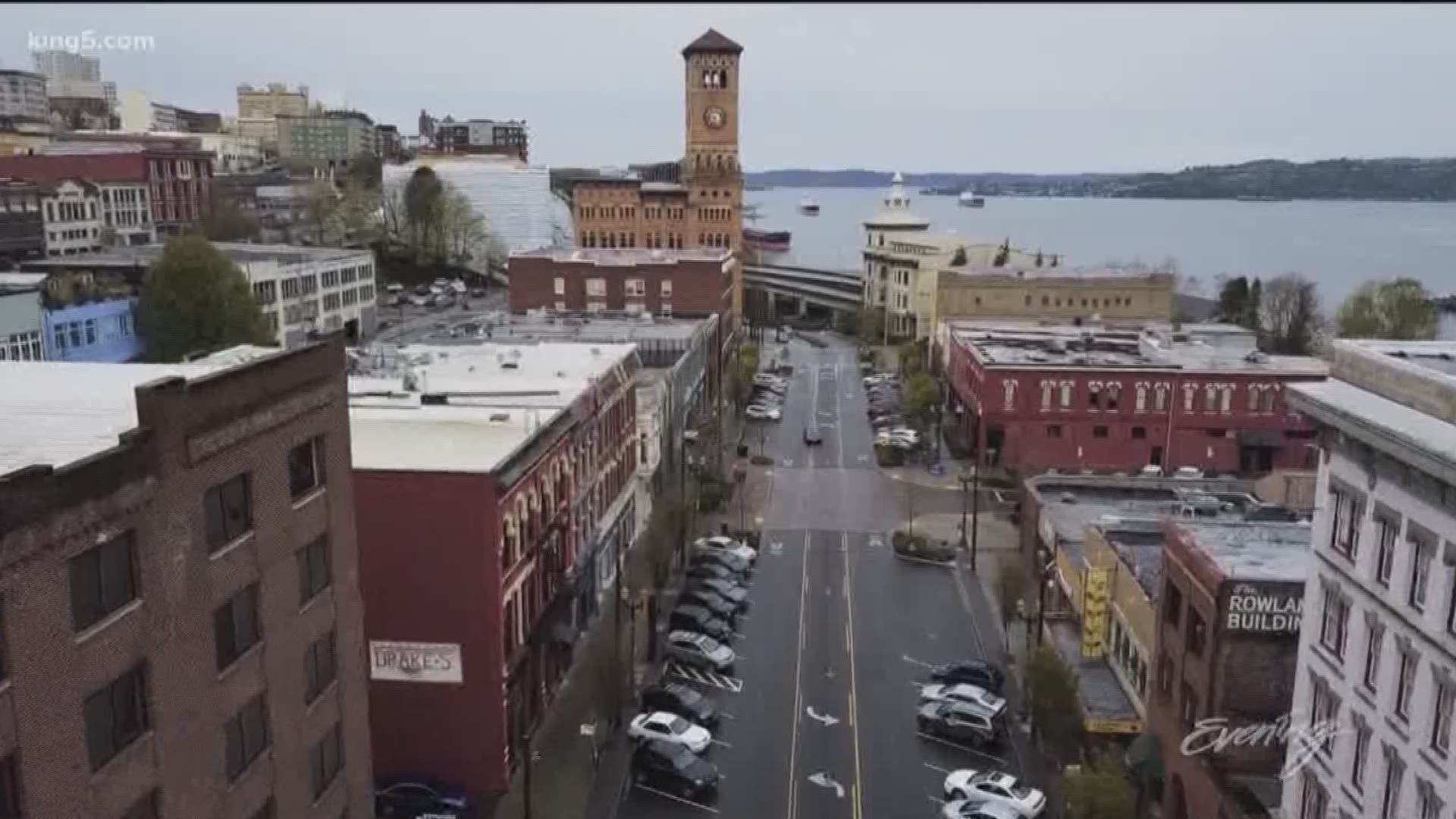 TACOMA, Washington — “Tacoma definitely has an identity all of its own,” says Aaron Bender. “I guess you could call it a vibe. I don't know, but I like it. I like it a lot.”

Bender has been sharing views of Tacoma, in all its gritty glory, from angles only birds have been able to enjoy until now. His “Over Tacoma” Facebook and Instagram pages both have more than 7,000 followers.

“Oh man, Tacoma has its own fan club,” he says. “It is a unique place and it seems like the people that live here have definitely loyalty to it.”

Bender started his hobby to get to know his new hometown. In October of 2017 a job transfer led Bender and his then-fiancee from Austin Texas to The City of Destiny.

“We got here on a Friday, got married on a Saturday and moved into our house on a Sunday,” he says.

Since then, Bender has been in what he calls "discovery mode", and that's where his DJI Mavic Pro drone comes into the picture.

“I just started shooting mainly as a way to kind of explore and discover Tacoma,” he says.

Credit: Aaron Bender
The Thea Foss Waterway as posted on Over Tacoma

An FAA certified operator, Bender is restricted from shooting in some places, but he can still fly over most of Tacoma. He has seen the city in ways lifelong residents never have, capturing images of the colorful dome of First Presbyterian and the spires of Stadium High and the 10-story clock tower on Old City Hall and Mount Rainier.

“It is hard to take a bad shot of this place when the mountain is out,” he says.

Every shot he posts is like a love letter to his new hometown. Bender and his wife say they feel like Tacoma is right where they belong.

“We are planning on staying put,” he says. “We love it here and hopefully I will do a lot more flying in the future.”