The 'bed boy' is the hidden hero in The Nutcracker

Few things say “Christmas" like the Pacific Northwest Ballet's production of The Nutcracker, and we're going behind the scenes to meet one of the cast members. 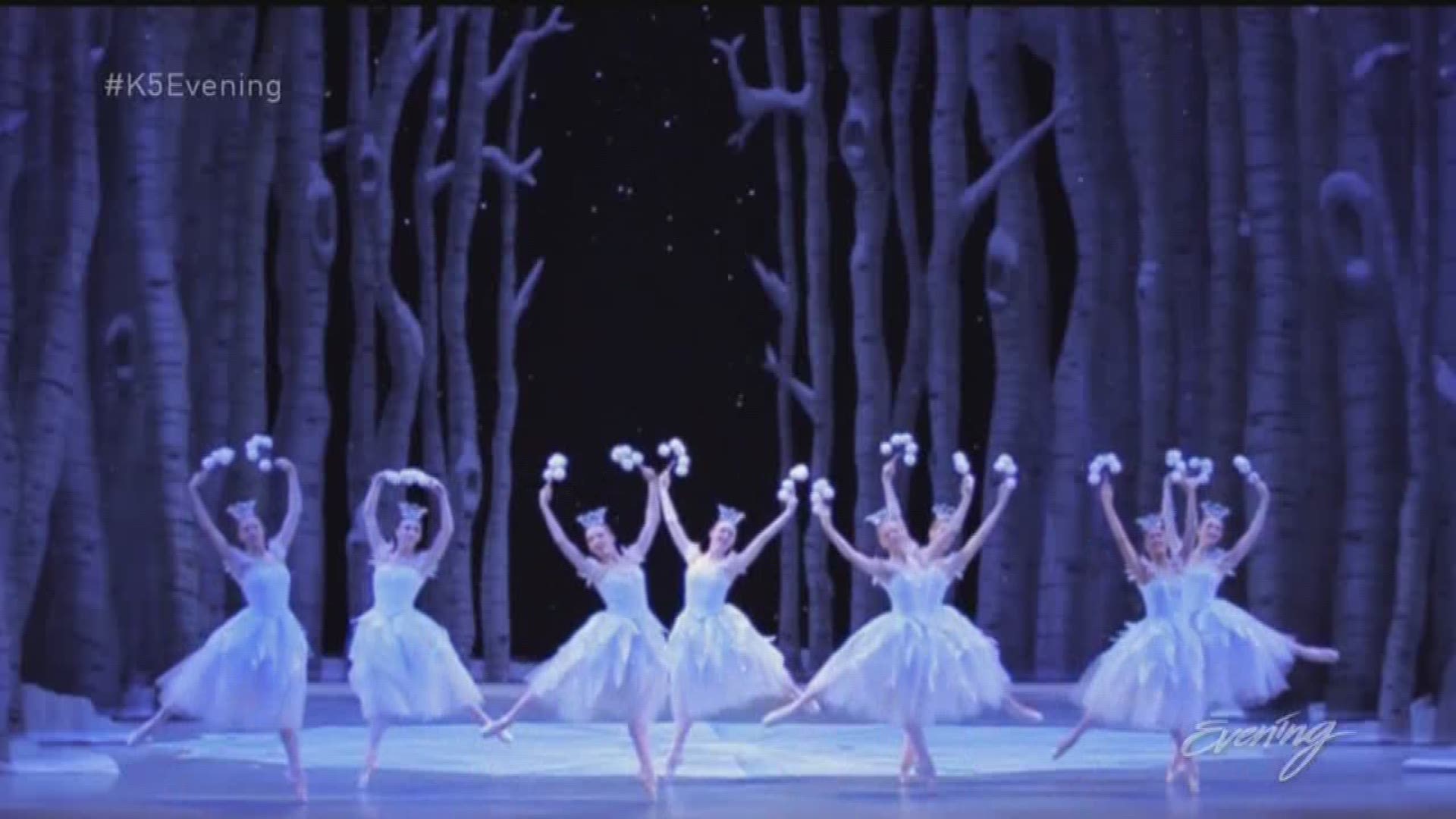 SEATTLE — Few things say “Christmas" like the Pacific Northwest Ballet's production of The Nutcracker, and we're going behind the scenes to meet one of the cast members.

Everybody plays an important role in The Nutcracker – from the mice to the Sugar Plum Fairy, to the bed boy.

The bed boy doesn't do any of the dancing, and the audience never even sees him, but his role is critical.

“Well, I move Clara’s bed from underneath,” said Theo DePina. “I am the bed boy.”

“He is the magic,” said PNB Artistic Director Peter Boal. “And we have a lot of magic that happens in this show.”

Theo’s role involves hiding underneath of Clara’s bed and using his own manpower to move it across the stage.

“The fabric of the sheets are thinned into little squares that I see out of,” said Theo. “But it’s still blurry.”

The bed boy lays his chest down on a foam pad, holds onto the handles, and maneuvers using his legs.

As a mid-teen, there aren’t many roles available to the age group. So Theo is grateful to even be in the show.

“Being bed boy is an honor for me because I’m able to be part of the magic that is The Nutcracker,” said Theo. “It’s an unknown character because I’m not mentioned in the program.”

“The bed boy is a bit of an unsung hero because he does create this incredible scene, yet we don’t know his name,” said Boal.

And make no mistake, every move is still choreographed. Theo has to hit certain marks and get the timing just right.

“In the past years, I was on stage,” said Theo. “This year is not a dancing role, but I still feel important to the show.”

So important in fact, that even Peter Boal was once the boy under the bed.

“What I loved about being bed boy was just to be part of the backstage action,” said Boal. “To know that you were helping the Prince and Clara with their important scene and just really making the show happen. It really felt important to do the bed boy when I did it.”

And backstage, there’s still time to joke around about it.

“My family is always giving me a hard time about it, but it’s all in fun,” said Theo. “Like I am a bed.”

“We’ve had a lot of bed boy jokes at our house about being bed boy,” said mom Kippy DePina. “Hashtag bed boy 2016, we love our bed boy.”

Regardless of the role, Theo just wants to perform.

“Performing is my passion. I love to dance,” said Theo. “I hope I can do this the rest of my life.”

The Pacific Northwest Ballet's The Nutcracker runs at McCaw Hall through December 28th.