The Alps is a sweet treat stop along Highway 2

You know you've always wanted to stop at this place - here's why you should. The Alps won Best Treat Stop in 2019's BEST Northwest Escapes 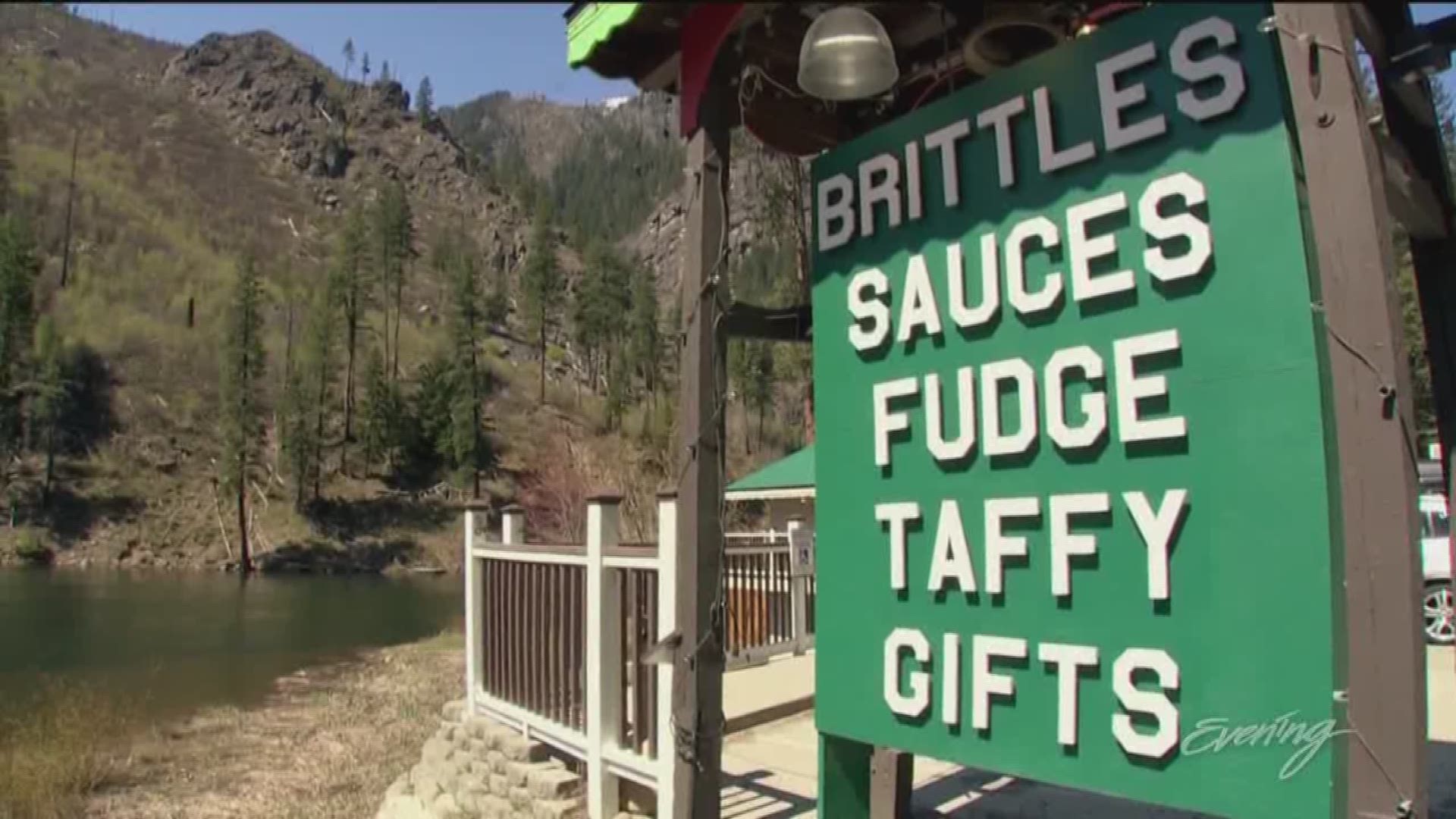 LEAVENWORTH, Wash. — EDITOR'S NOTE: The above story was originally shot in June 2019. Some references may be outdated. We are also sad to report that the owner featured, Archie Marlin, passed away in February 2020. His sweet legacy lives on!

The Alps has been selling candy along a scenic stretch of Washington State's Highway 2 since 1961.

Owner Archie Marlin’s dad had a candy store in Edmonds, then decided in the early ’60s to set up shop along the mountain drive to Leavenworth.

“This store has been here 58 years in this location,” Marlin said, with some pride.

The reason behind the name is obvious.

"You literally feel like you're in the Alps. We get the mountains and the river, and all the wildlife, there's a family of geese that come back every summer and raise their babies,” said Tami Prpich, confectioner and manager at the treat stop.

Once inside, you'll find 30 kinds of fudge, colossal amounts of candy, and saltwater taffy by the pound. In flavors you've never tried.  Like chicken waffles.

Credit: KING 5
Step out of your comfort zone and try taffy flavors like Chili Mango and Maple Bacon.

“It tastes like breakfast, it's actually pretty good,” said Prpich.

This is also a hotspot for hot sauce. A lot of the stuff on the shelves is made on-site in a kitchen with a view of the Wenatchee River.

Credit: KING 5
If you don't have a sweet tooth, pick up a bottle of hot sauce instead.

There's one treat people drive miles for, Peanut Butter Crunch. Labels on the container warn that it is habit-forming.

“The Peanut Butter Crunch is like the inside of a Butterfinger, but softer,” explained Evan Michael, who’s been entrusted with the secret recipe and keeps the shelves stocked with the stuff.

There’s also plenty of novelty and nostalgia here. In fact, between the Buffalo Wing flavored soda and the candy cigarettes, adults who drop in act like, well, kids in a candy store.

“Awesome. Way awesome,” declared Kelli from Portland, an adult whose dad brought her into the store for the first time. She showed off her haul – steak sauce, and cotton candy that claims to be flavored like President Trump’s hair.

“I actually got some candy that my friend in Hawaii asked me to look for, it's called Abba Zabbas. So I'm hoping that she's gonna be pretty happy that I found these,” said Linda, a visitor from Oahu.

Next time you road trip over Steven’s Pass, grab a treat at The Alps. Just be sure to leave that last butter-flavored soda for us.

"If you haven't stopped, stop in. It's definitely worth it,” Prpich laughed.

EDITOR'S NOTE: The above story was originally shot in June 2019. Some references may be outdated.