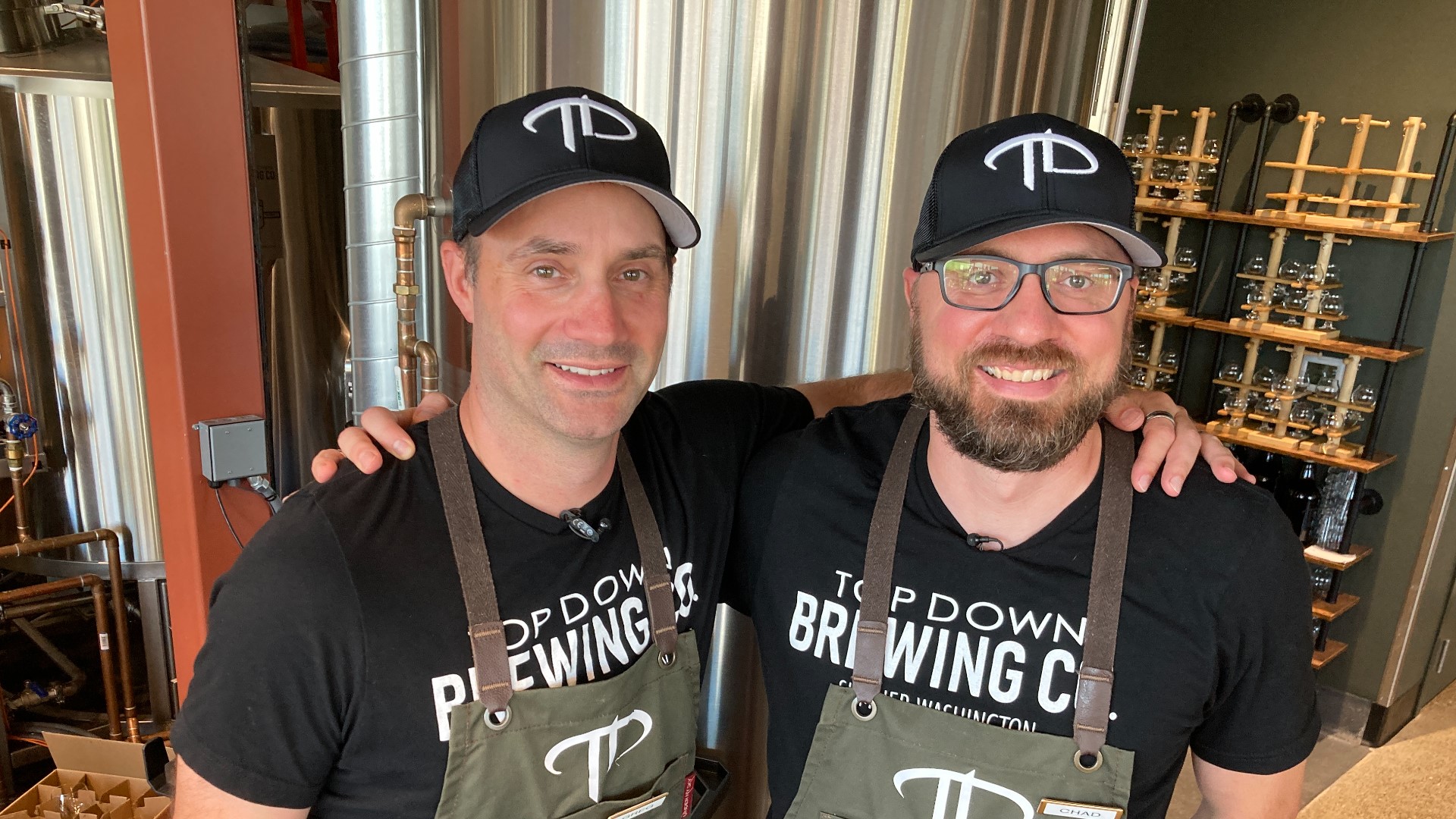 SUMNER, Wash. — On Teacher Thursdays, finding an empty seat at Top Down Brewing Company is not an easy assignment.

If being surrounded by teachers is the sign of a good neighborhood, then Chad Cray and Greg Burd have come up with the perfect happy hour for a neighborhood taproom.

"They talk about work," says Cray, "but they also talk about family and life."

Teachers get 50 cents off every beer. A special deal because, at this establishment, teachers are special.

"I have a tremendous amount of respect for teachers," Burd says. " I am a teacher. My wife's a teacher. Chad's wife is a teacher and he is an ex-educator."

Cray is now putting all 20 years of his brewing experience to work here. Top Down isn't just a catchy name. It's actually how the taproom works.

"We have right now seven serving tanks overhead hat run across the bar and over the taproom," says Cray. "So people are drinking beer from the top down through the taps."

Seven tanks. Seven kinds of beers, right? Actually, no. This is one of the rare taprooms that can blend as they pour to come up with new beers.

"We make this really awesome beer called the Banana Bread," says Cray. You mix a little bit of the stout and the Bavarian Hefferveisen together, and it smells and tastes like the crust of banana bread. I learned about blending from North Sound Brewing Company up north and my mind was blown."

Learning can take you places you never imagined so here's to the teachers who first set us on our own remarkable journeys. They could use the break every now and then.

"It's just a nice place for them to kind of be themselves either as a teacher or just being off the clock and not talking teacher at all," says Cray.

Top Down Brewing Company is open every day of the week but Monday and Tuesday. The taproom is located at 15355 E Main Street in Sumner.