Taste BBQ and do yoga at these Chelan-area Wineries 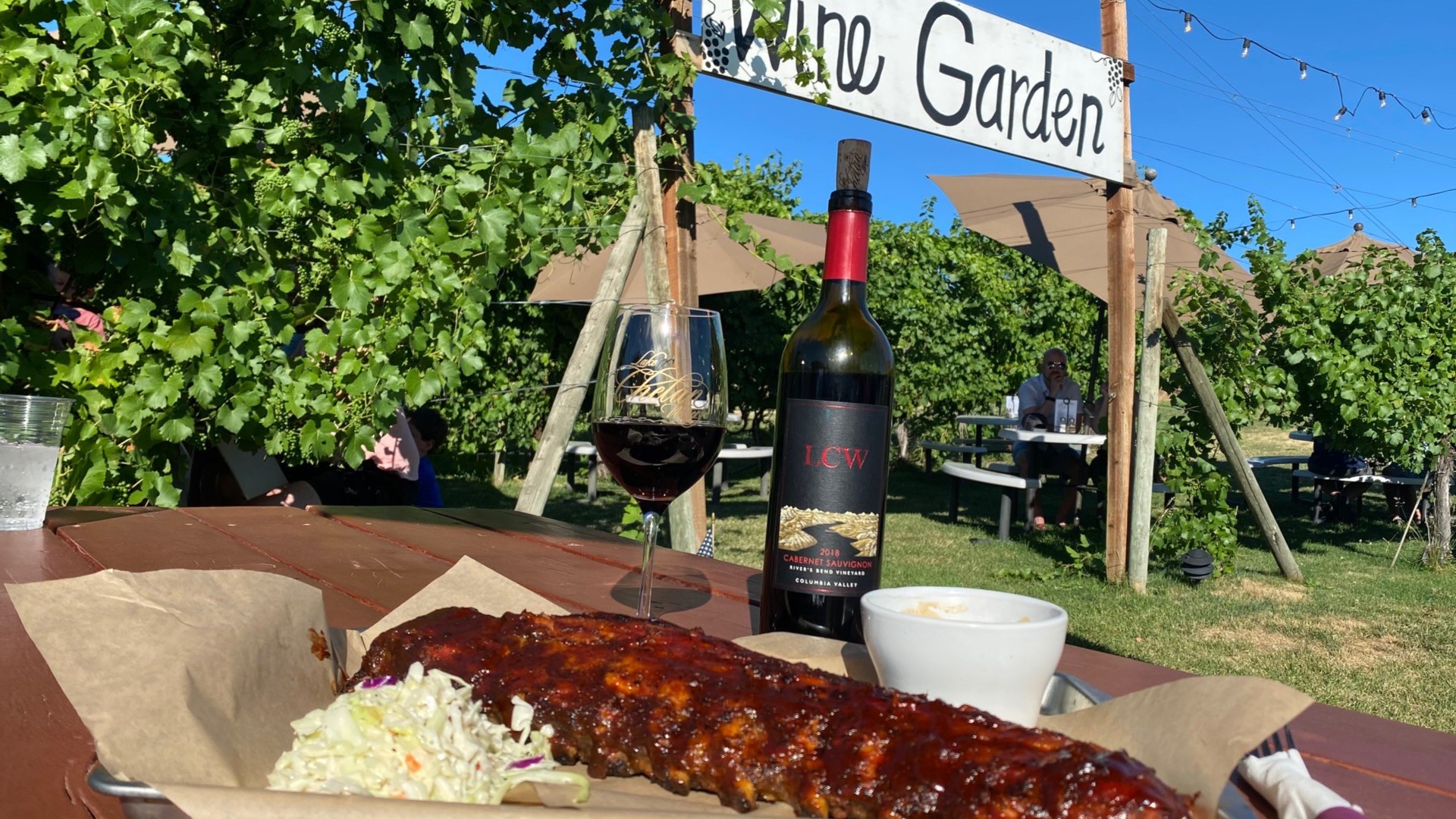 MANSON, Wash. — There’s more to do at Chelan’s wineries than tastings – anything from inner peace to smokin’ hot ribs can be found, if you know where to go.

At Lake Chelan Winery choosing a red or a white means deciding whether you want the ribs or the chicken.

They don't just make wine here - they do barbecue.

"It's a little unconventional, we've always tried to make wine approachable and casual, so its kind of a natural pairing with barbecue,” explained Lake Chelan Winery owner Ben Williams.

This was one of the first wineries in the valley - and owner Williams says he put The BBQ in the Vineyard on-site for one reason: “To be the least pretentious winery you'll come across.”

Mission accomplished - they've got picnic tables among the grapevines, toys for the kids, even their posted official rules are pretty casual, stating that you must drink, but not too much, and that dancing is required.

So the big question is, what wine does Williams recommend pairing with his barbecue?

“The babyback ribs, for you want something bold that'll stand up to those stronger flavors. Definitely a red, like a big bold red,” said Williams, offering up Lake Chelan Winery’s 2018 Cabernet Sauvignon alongside a slab of ribs.

Up the road a bit at another winery, an outdoor sunset yoga class is in full twist underneath an expansive tent with a view of the lake.

Amy Andrews and Christina Scarsori are co-owners of Yoga Uncorked.

The sessions take place at different wineries around Chelan - this one is at Amos Rome Vineyards.

Often they are outdoors: Nothing beats doing Mountain pose with a mountain view.

Or any other glass from the hosting winery. Everyone says after yoga - wine hits a little differently.

"You're more open, your heart is open, you're open to the flavors of the wine,” said Genevive Adams, who recently moved to Chelan from the Seattle area.

"It's something about stretching, and feeling the air, and being present, and then sipping the wine, it's like, it tastes so much better after,” said Morgan Grimm. “It's almost like you earned it!”