Take off on the 'Unofficial Rocket Tour of Seattle'

From tacos to treats, go into orbit without leaving the city 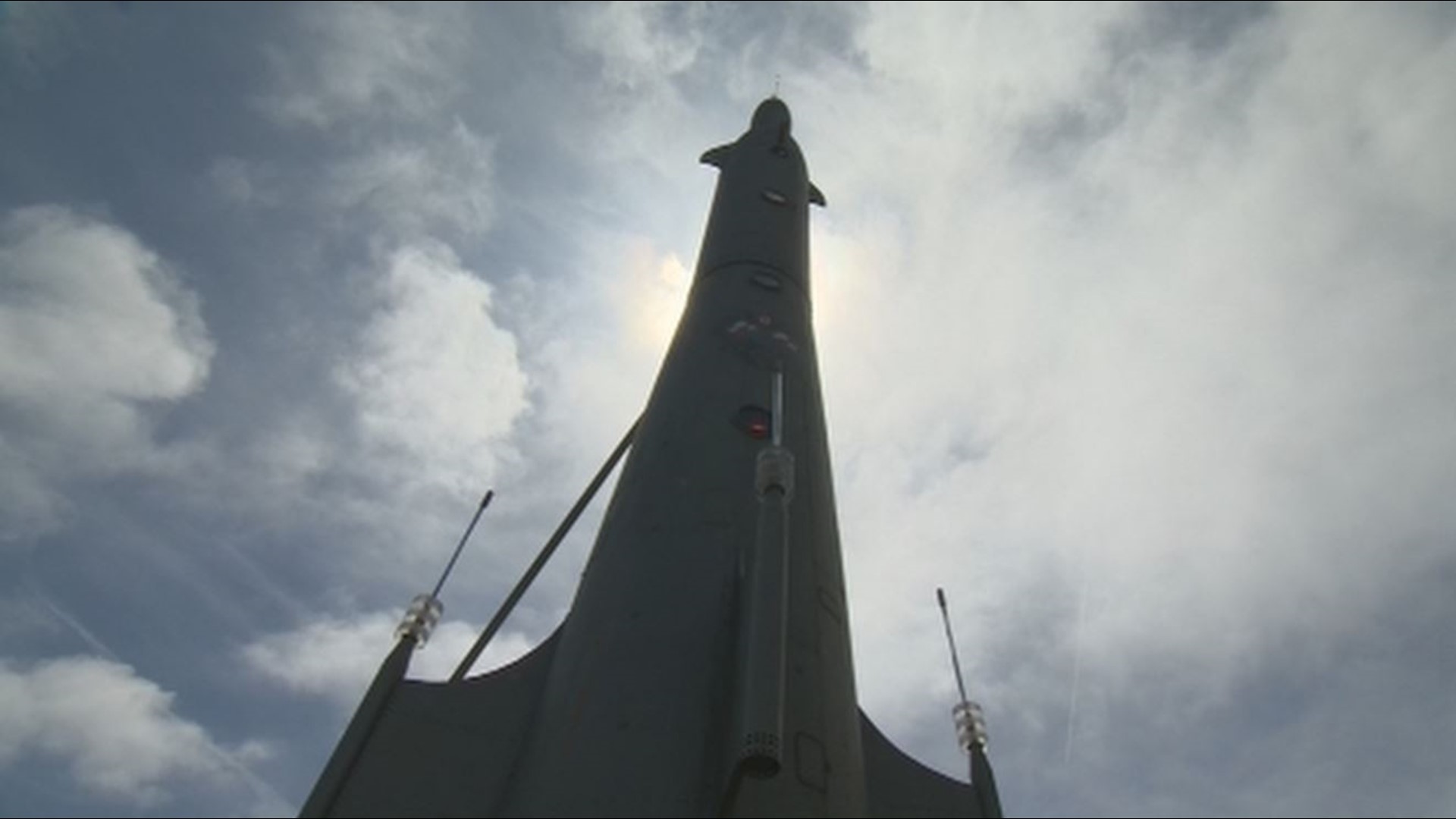 SEATTLE — Your first stop on the 'Unofficial Rocket Tour of Seattle' eclipses the sun itself if you show up at the right time of day (try around noon in the summer for dramatic, backlit photos).

"I use it as a landmark,” said Fremont resident Anne Sloper, who owns an Airbnb B near the iconic  Fremont Rocket, which rules the intersection of Evanston Avenue and North 35th Street.

It's been an attraction here since 1994, a pseudo-space age testament to this neighborhood's vibe, which is stenciled on the rocket’s side: De Libertas Quirkas. Freedom to be peculiar.

Here's the peculiarity: It's not actually a rocket.

It's part of a Fairchild C-119 Flying Boxcar with some embellishments added.

Credit: U.S. Air Force
Can you see which part of the 'Flying Boxcar' looks like the Fremont Rocket?

Legend has it if you propose to the one who sends you over the moon in the Fremont Rocket's shadow, you'll get a 'Yes'.

The rocket also inspired the Saturn Building, across the street.

Take off to Capitol Hill's Rocket Taco next.

"The whole atomic era idea with the logo and the name just kinda came to us,” said Jill Rosen, Rocket Taco’s owner.

At this restaurant that features tacos on homemade tortillas, you can play 'Spot the Rocket' while waiting for your carnitas. They’re all over the restaurant, from rockets made of ironing boards on the walls to the graphics adorning the tequila bottles. And of course, there is a rocket-inspired drink: The Rocket ‘Rita. It’s made with hibiscus tea, agave nectar, and the main ingredient adds the afterburners. “Homemade jalapeno infused tequila which makes it a little bit spicy, makes it a little bit fun,” said Nathan Pierratt, Rocket Taco’s manager.

Try a Rocket Taco Salad, which is a lot of fuel for 12 bucks, and slather Rocket Sauce on everything.

But leave some room for your next mission, dessert.

At Rocket Fizz on Broadway, you'll find all the candy in the galaxy.

Which explains franchise owner Theresa Sindelar's headgear, a bobbing rocket, and moon on a headband.

"It just fits with our theme of rockets and space and imagination,” said Sindelar. "We have vintage candies that are hard to find that bring back memories for a lot of people, but then we mix in classic soda pops, salt water taffy, and some off the wall gift ideas too."

Right now they have special displays of candy that's Apollo appropriate. Turns out, a lot of it is.

"Even some of the everyday candies fit in with the space theme. Starburst and Milky Way and Galaxy," said Sindelar.

You can also stock up on Astro Pops and Moon Pies. There's even Astronaut Ice Cream.

So even though you're still stuck here on earth 50 years after the Apollo Moon Landing, at least you can launch a little celebration of your own in Seattle.