Tacoma Man founded one of rock's greatest and unluckiest bands

When Rolling Stone Magazine recently selected the 100 greatest guitarists of all time, a Seattle man -Jimi Hendrix- topped the list, but a Tacoma man finished number 68. His name is Jerry Miller and he's a member of one of the greatest--and unluckiest bands- of the 1960's. 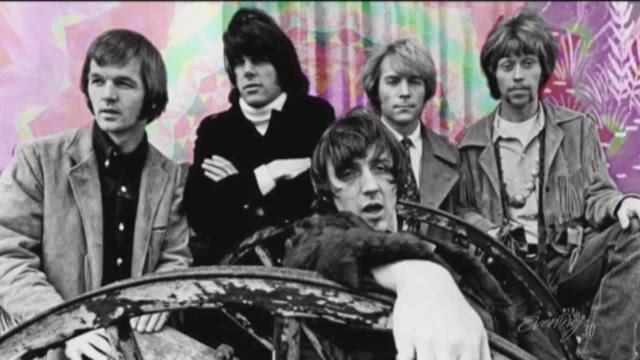 When Rolling Stone Magazine recently selected the 100 greatest guitarists of all time, a Seattle man -Jimi Hendrix- topped the list, but a Tacoma man finished number 68.

His name is Jerry Miller and he's a member of one of the greatest--and unluckiest bands- of the 1960's.

Miller and Seattle drummer Don Stevenson moved to the Bay Area in 1966.

“ We took that Northwest rock n roll feeling with us,” says Miller.

“And right after the first practice we knew we had something. We laughed all the way home,” says Miller. “This is gonna be good.”

They had the right songs and the right look. Columbia Records won a bidding war and, in early 1967, Moby Grape entered the same studio where The Beach Boys were recording "Good Vibrations".

“We didn't waste any time because we had our rehearsals down,” says Miller.

“And that started off like a slow blues number and then it ended up faster you know? We put a little youth in it!” says Miller.

“I'd just left my wife, “ says Miller. “She was gonna go back to Tacoma on the bus and I didn't have no time right then for wives so I'm crossing the Golden Gate Bridge and I ask the guy what time is it and he said “8:05”.

At the very moment when Moby Grape should have become stars it all went to hell. Columbia released an unprecedented five singles on the same day. DJ's didn't know which one to play so they didn't play any of them.

“We did a lot of confusing things that weren't helpful for our career,” says Miller.

“What kind of drugs make you do that I don’t know, but it damn sure ain't any good,” says Miller.

Finally there were legal woes preventing the band from using the name Moby Grape. Theirs may be one of rock's most infamous hard luck stories, but it's all set to the tune of that one perfect album now recognized as a classic.

Jerry Miller plays Dave's In Milton Tuesdays and Uncle Sam's in Spanaway Thursdays. Jerry's next show is at The Cliff House in Tacoma, on May 21 2016. Then Gordon & Purdy's in Sumner on June 18.

He is also hoping to raise $4000 on Kickstarter to record his first album since 1998.