A business that celebrates the holiday season by switching off one light -- and making magic. 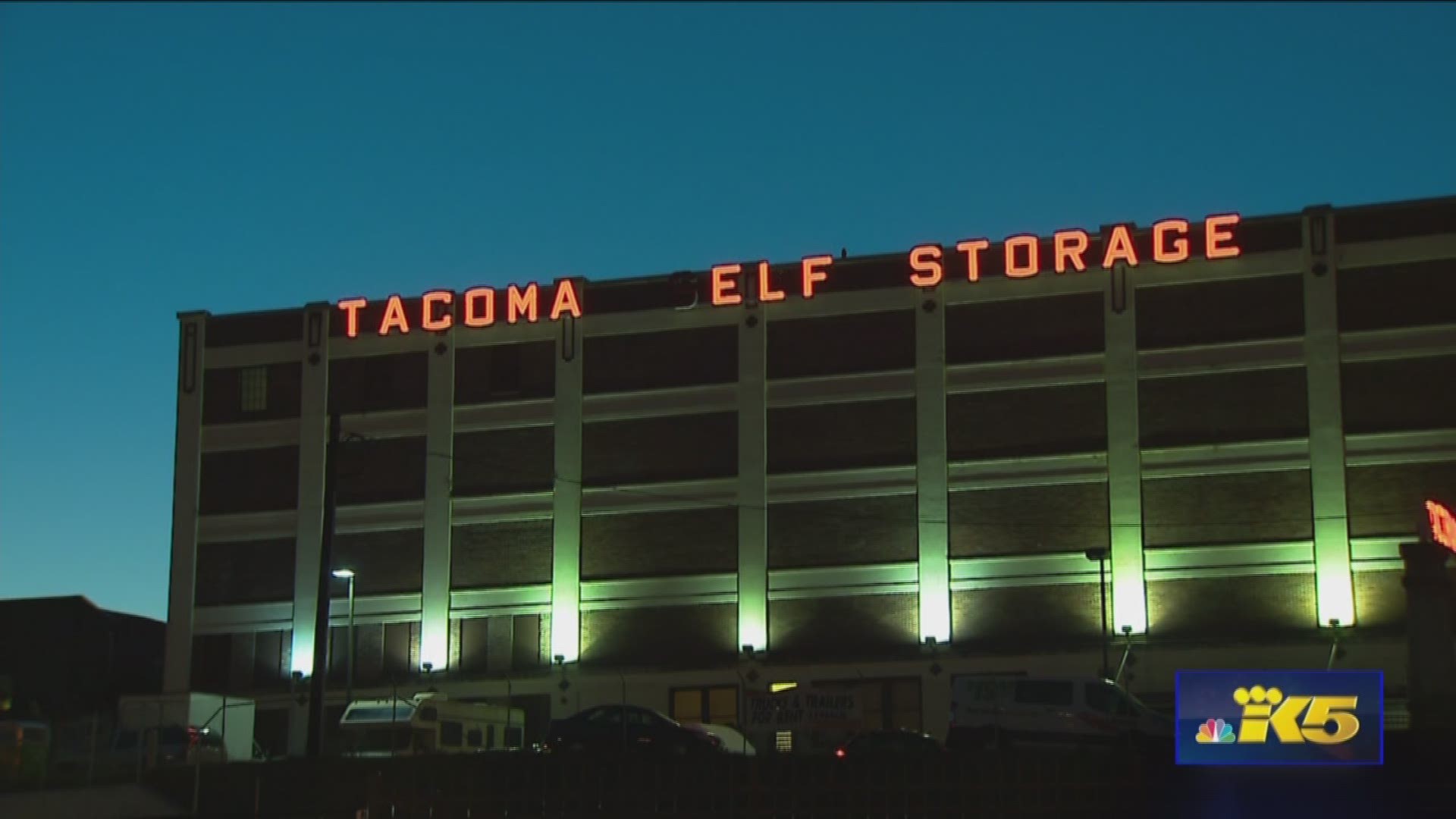 TACOMA, Wash. — As a full moon lights up the Tacoma sky, a group of elves get busy on the roof of a storage facility, because they've got a light to turn off.

"We're at Tacoma Self Storage, on Black Friday we turn the S off and make it Tacoma Elf Storage," said Maria League, a storage facility worker who's wearing a bright cap complete with pointy ears.

Another elf uses a candy cane-striped pole to switch off the big neon 'S' on the roof.

"Three, two, one. There we are. And it's officially off. Made it into the Elf Storage," he smiles after hitting the switch.

The first time 'Tacoma Self Storage' became 'Tacoma Elf Storage,' it was an accident:

"We saw the 'S' off and said we've gotta get an electrician and fix this, and then we thought again, and thought, this is really cool, it happened right at this time of year, and it was Elf Storage. And it's been that every year we've done it for the last ten years," said Bill Bradbrooke, owner of the storage facility.

Today, it's a Tacoma tradition that turns everyone into a believer:

"Well, we got a call today saying they were looking for the storage facility that stored elves," said Head Elf Maria League. She keeps the magic going with enough Christmas decorations to make Buddy the elf, Hermey the elf, and the Santa himself proud. Elves are everywhere.

And every year, under the red neon sign, visitors get their elf on. The place inspires some uniquely South Sound holiday cards.

And where exactly do they store the elves?

"That's a deep secret. We have no idea," laughed Bradbrooke.

Fear not -- all the elves here are free elves.

"No, we don't lock the elves up. They have free reign of the building," said League. "They're on the fifth floor somewhere usually. Sometimes they're running around. And Santa comes and picks them up when he's ready."

A signal to all of us that magic is everywhere. Even in a storage facility... if you believe.

You can see Tacoma Elf Storage from southbound I-5 as you travel through Tacoma. Look to the right once you pass the Tacoma Dome.