Autumn Smith wants other kids to know they are not alone. Sponsored by Kaiser Permanente. 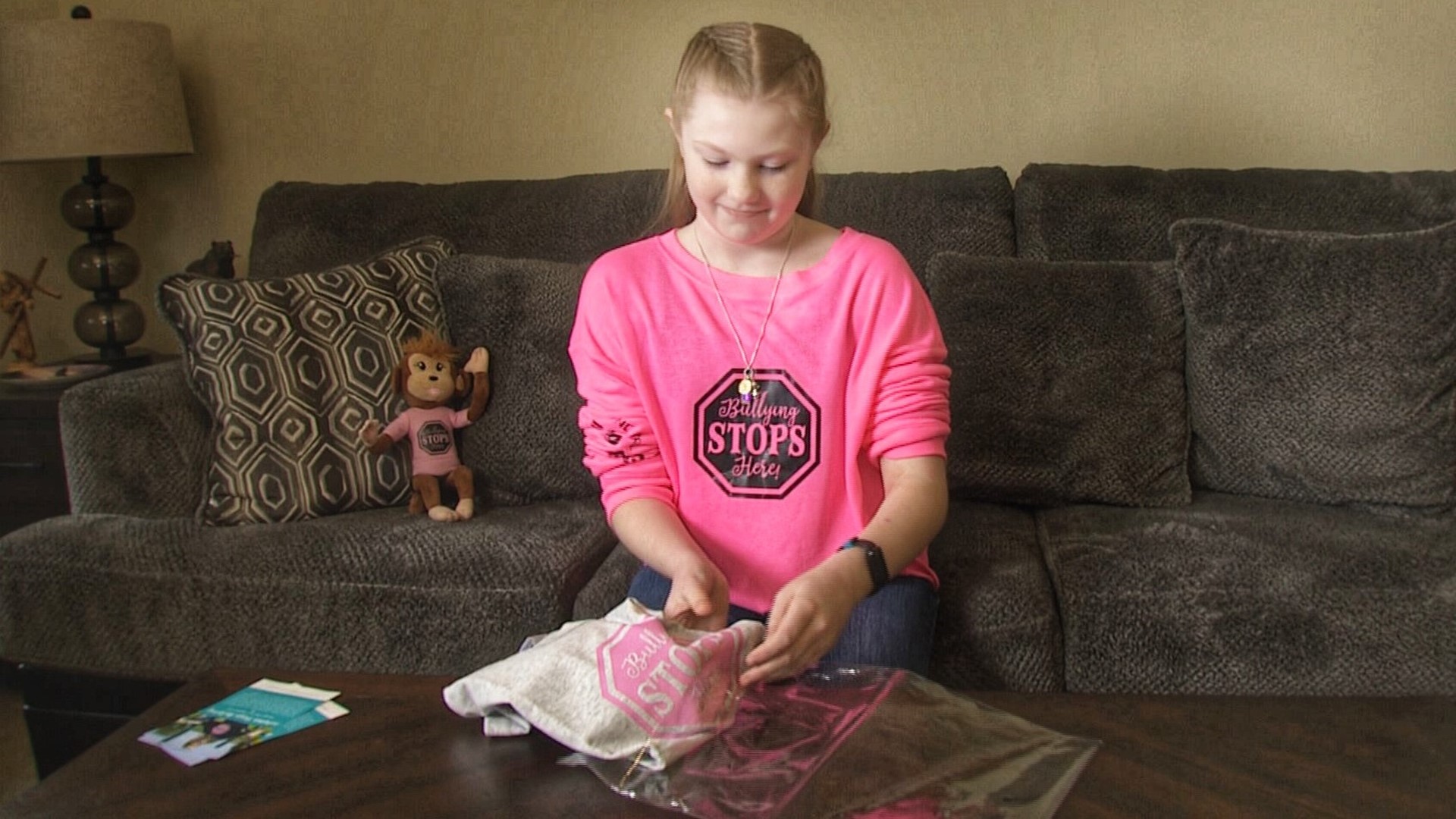 AUBURN, Wash. — Autumn Smith has a laugh that's as bright as she is. But how she was treated in school by some classmates was no laughing matter.

"I started getting bullied in kindergarten and it, I didn't like it," recalls Autumn.

The bullying went on for years. But she found a way to fight back.

"I thought I didn't want anyone else to get bullied at my school, I had an idea if we made a t-shirt."

"I've taught her how to make t-shirts, that's what I do as a side thing," said Cynthia Smith, Autumn's Mom. "So she came to me one day and said mom, I want to make a shirt. We'll you know how to do it, go ahead, go make a shirt."

She created a shirt with a simple but powerful message, Bullying Stops Here.

But Autumn didn't stop at just one shirt. She wanted to make one for all the kids in her school. It was a goal that needed cash to accomplish.

"I've been doing events and events all through the summer."

She raised $1500 dollars, enough to make 600 shirts. She also found kids who could use her support on her Facebook page, Autumn's Stopping Bullying One shirt at a Time.

"We started finding kids coming out of the woodwork whether it be in Colorado, we have some in the UK." Said Autumn’s mom.

"I was really happy because a lot of people were following me and it got me even prouder to make more shirts," said Autumn.

Autumn also took her campaign to Auburn City Hall by getting them to declare a proclamation making October, anti-bullying month.

School can be a scary space. But Autumn hopes her t-shirts send a message of strength.

"I want everybody to not feel alone."