FOR SALE: Surviving statues from Never Never Land in Tacoma

Online bidding is underway for the statues that once sat in displays at Point Defiance Park. #k5evening 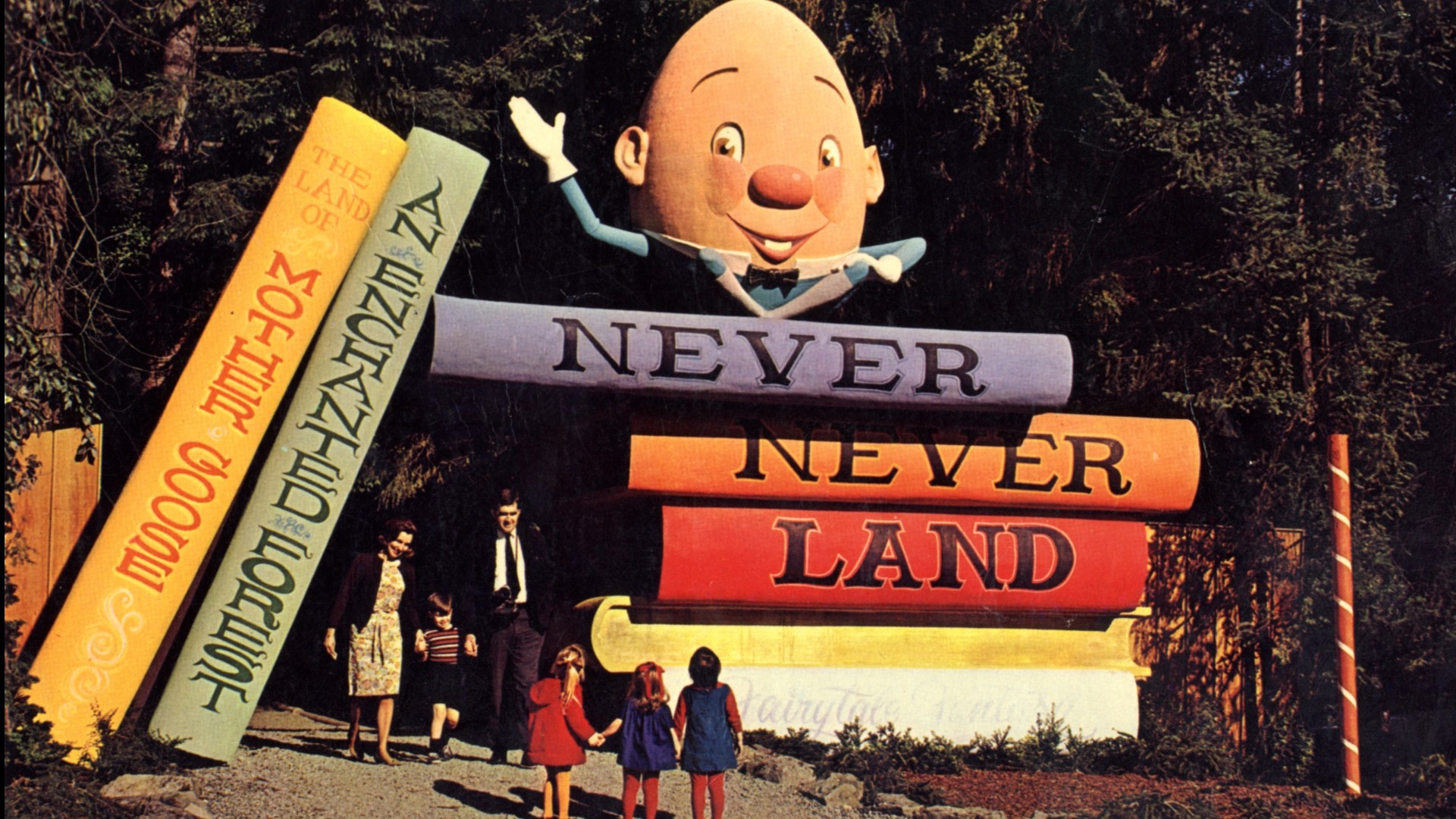 TACOMA, Wash. — Memories from countless childhoods are up for auction in Tacoma.

Statues from Never Never Land in Point Defiance Park are being sold to the highest bidders, with all proceeds benefitting Public Art and Historical Assets for Metro Parks Tacoma.

Some of the pieces are already well-exceeding the starting bids.

Credit: Kim Holcomb
The raccoon from the 'Tortoise and the Hare' display is a popular statue - bidding started at $100 and has exceeded $500.

"I am from Tacoma. I've lived here for the majority of my life, going away to school and coming back,” said historian Claire Keller-Scholz. "If you went to this park as a young person with your family or with your grandparents, there's that familiarity with your people who took you there, and I think that's where a lot of the nostalgia comes from."

Starting in 1963, families paid to stroll through scenes of nursery rhymes and fairy tales. The characters ranged from cute (a smiling raccoon) to curiously disturbing (Little Miss Muffet with a genuinely terrified look frozen on her face.)

"I've never been afraid of them but I can see where the creep factor comes in,” Keller-Scholz said.

Over the decades, vandalism and theft made it harder for the staff to maintain the displays, and in 2000 they were finally removed. About a decade later, an arsonist set fire to their storage room.

"Sadly, we lost about half of the surviving Never Land characters at that point in time," Keller-Scholz said.

Credit: Kim Holcomb
The remaining statues have survived decades of weather and an arson fire, which destroyed their storage room in 2011.

Those that remain are being offered in the auction.

Bidding started at $100 for a little kitten who lost her mitten, and a small Humpty Dumpty is going for more than $1,000.

It's hard to put a price on nostalgia. But Keller-Scholz hopes whoever buys the pieces will become the new steward of their stories for the next half century.

“We would love to have them be somewhere in the community that can continue that story, or at least on a personal level to be able to carry that memory with them," she said.

The auction runs until September 22.