The natural beauty brand was founded by two entrepreneurs who met at the University of Washington. 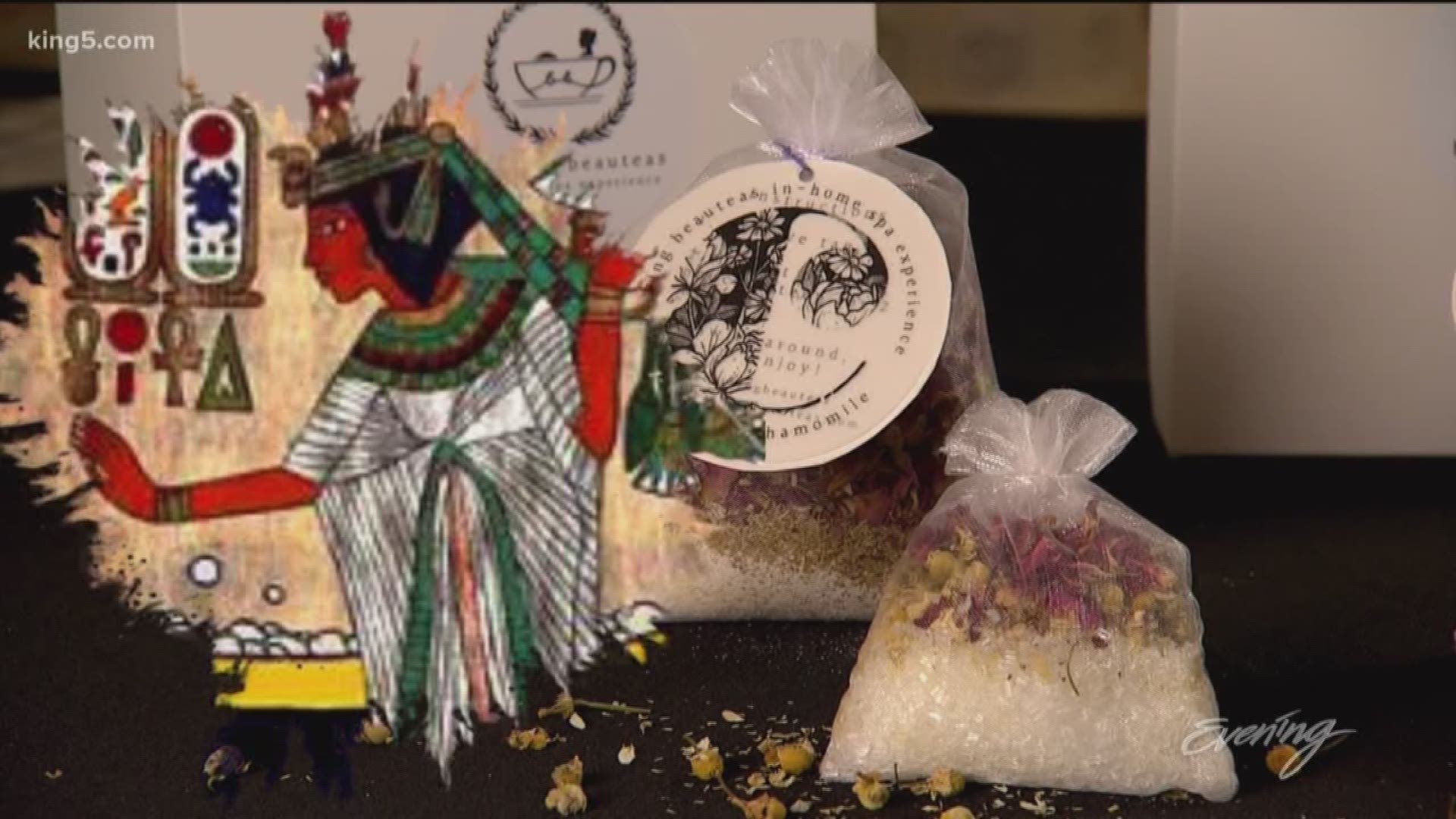 Studies show tea has a myriad of healthful properties – but would you bathe in it?

Two University of Washington graduates think you should.

"We know that our friends in general - career-oriented friends - are very fast-paced, so we wanted to introduce something that brings restfulness into your routine,” Mai said.

The modern brand is steeped in tradition.

"This idea of bathing in natural ingredients has carried out throughout history so we're like, ‘Why have we lost this now?’" Tang said. “Let's bring it back and modernize it, make it something really simple, and package it in a way that it's one-time use so you can do it in your own home and it feels like you're experiencing a spa in your own home."

"Each of the blends is named after a woman in history who's made an impact, so her story has made history,” Tang said.

Cleopatra Chamomile is named after the pharaoh who famously bathed in milk and honey. Geisha Green Tea is based on Japanese artisans who used tea to promote ageless skin. Persephone Pomegranate was inspired by the formidable Greek goddess, and Lady Lavender is in honor of women's rights activists from the Victorian era.

"A lot of people are afraid of rest because we feel like success is a sign of you're always moving or doing something. But actually, we've learned that rhythms of rest are incredibly important and we have to take time to rest if we want to bring our best to the table,” Tang said.