Up until the multi-million dollar restoration, the building has been sitting empty since 1976. #k5evening 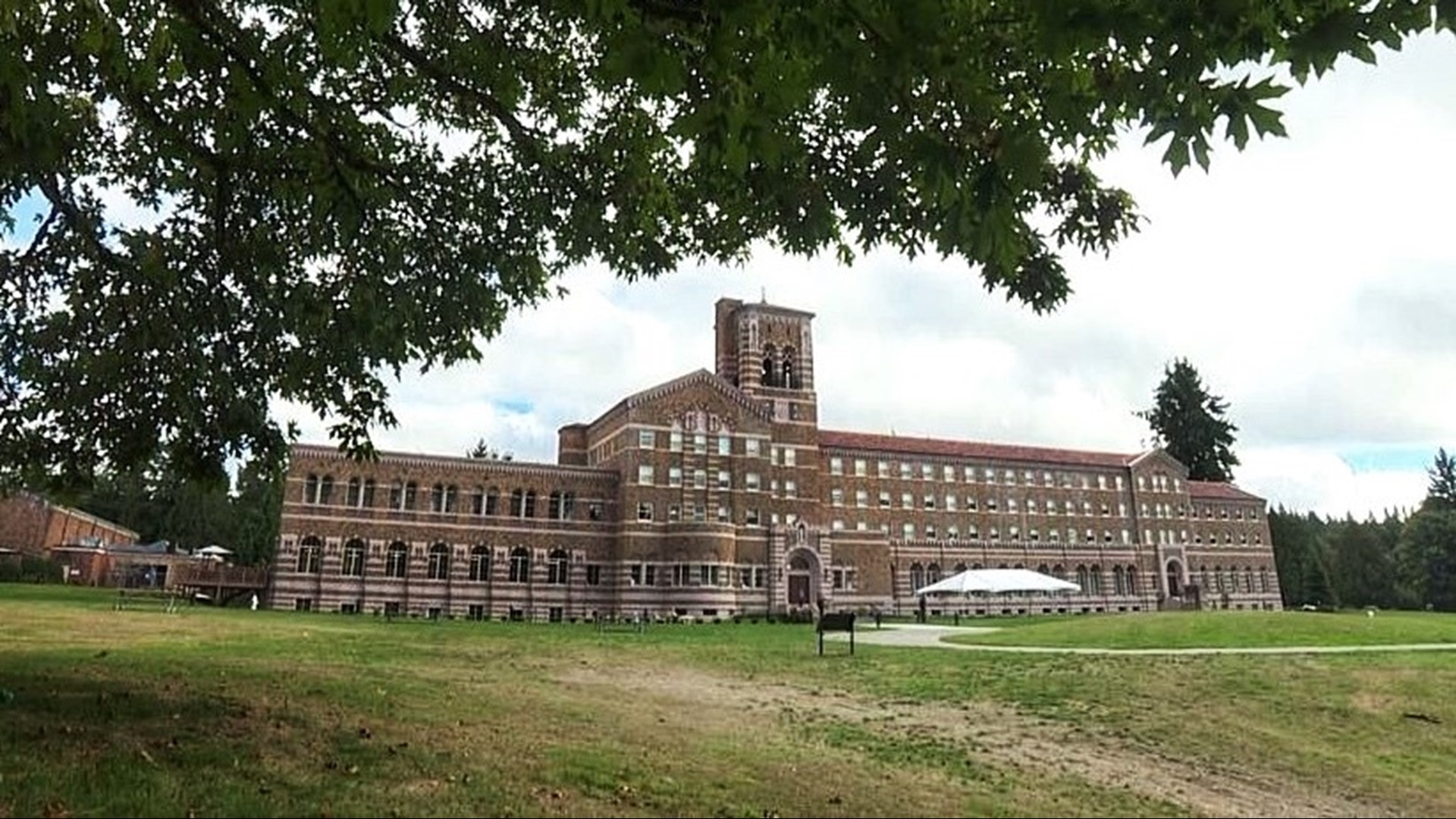 KENMORE, Wash. — For 46 years, St. Edward Seminary in Kenmore was home to thousands of young men who wanted to pursue a life serving the church. But after closing in 1976, the building was abandoned and left empty for decades. The historic building has now been reborn as a one-of-a-kind resort called, The Lodge at St. Edward State Park.

"It was about a $57 million investment to bring it back to life. But the most important part was restoring what was here before. So everything that could be kept was kept and restored," said Jenne Oxford, general manager for The Lodge. "It was really important to kind of capture the essence of what the building was, but bring it to life in a new way."

Credit: Wahington State Parks
The building had been empty since the seminary closed in 1976

"So two seminarian rooms were combined to make one kind of standard hotel guest room here. If you look down the corridors, all of the original seminary doors are still there,” said Oxford.

Credit: KING 5 Evening
The remodel focused on maintaining as much of the original seminary as possible

The dining hall that once fed the seminarians has now been transformed into a restaurant, run by James Beard Award-winning chef, Jason Wilson.

"We're at Cedar and Elm restaurant within the Lodge at St. Edward Park and here we offer up farm-to-table cuisine,” said Wilson. "For me more so what fits in this beautiful room and what works in the space to continue telling its story."

Credit: KING 5 Evening
The old cafeteria has been turned into the restaurant Cedar & Elm.

Like a post-dinner drink? The Lodge sports not one but two bars.

"We have Father Mulligan's heritage bar up in the lobby. Down on level one, we have the Tonsorium Bar. The Tonsorium bar is really fun. We have a lot of play with words here and the history. Tonsorium is Latin for barbershop. So that space was originally the barbershop for the seminarians."

The barbershop may be gone, but now, the building has a spa.

"The spa here is the Vita Nova spa, which means new life. And we really focus on kind of a restoration just being here in the park and escaping from the city."

Former seminary student Dennis Peters attended St. Edward in the 1950s. He says coming into the building was like walking into a time capsule.

"It is absolutely like going back 70 years. It was so similar to what it was then," said Peters.

It may no longer be a seminary, but The Lodge at St. Edward State Park is happy to book their guests to a heavenly retreat.

"Anyone in the Seattle area looking for a great way to escape and stay close to home should come and experience The Lodge."