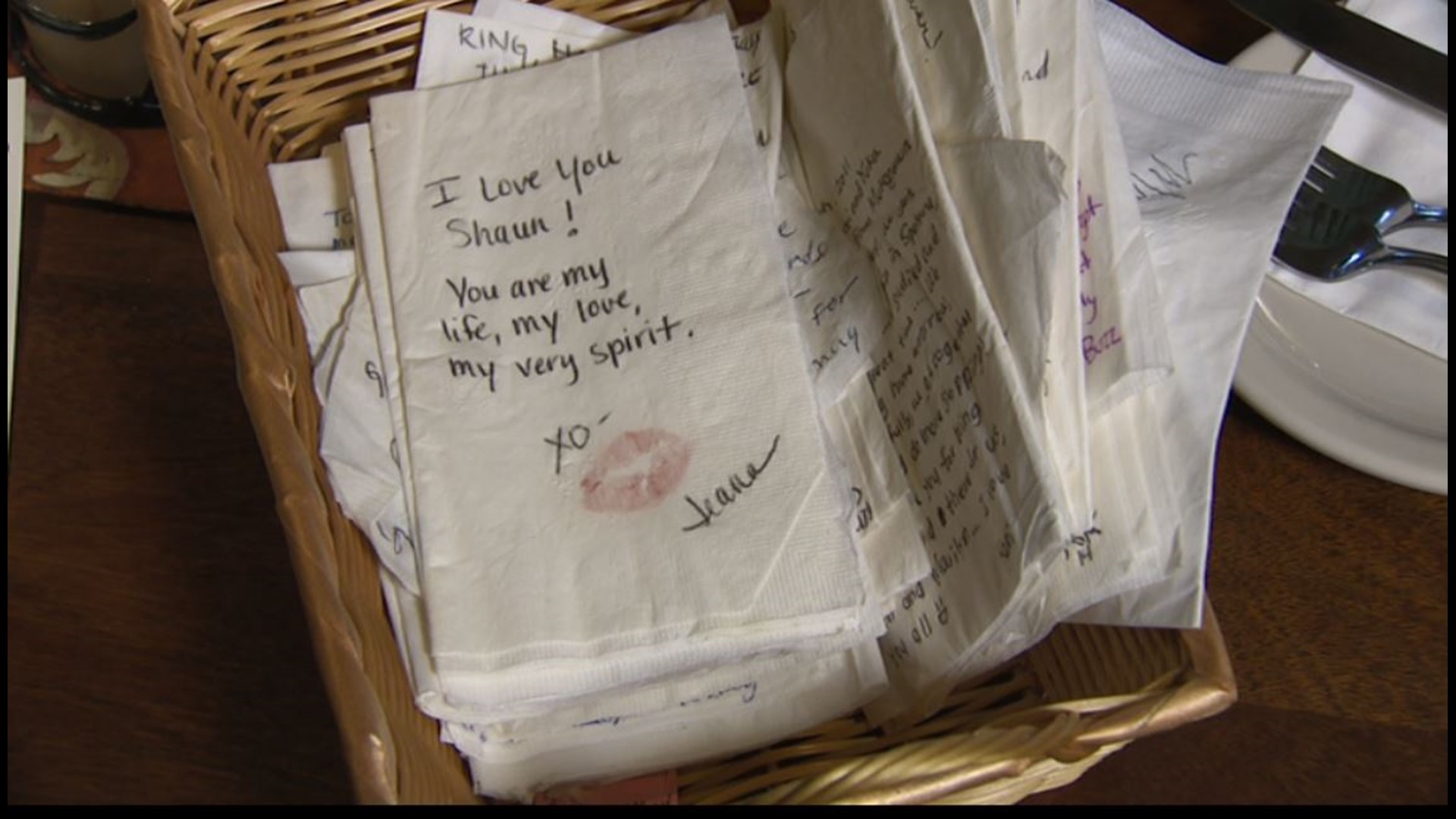 They serve love stories. By the drawerful.

"Europa's pub area was put in about 1994,” explained Aja Engels, Europa’s owner. “There's little end tables, coffee tables that have drawers in them. And about 2 years later, one of the employees opened a drawer and found somebody had written on a napkin. And it just grew and grew until we have thousands of letters done over the last 20 years."

Customers are welcome to sit down, pull out some notes, and share the love:

"People will just sit and read them for hours,” Aja said.

Among the estimated fifteen hundred love letters - most of them written on napkins - are anniversary notes, relationship advice, even confessions, like this note that read: ‘Dear Napkin, I think Derek might be the one now that Joe is out of the picture.’

It's a lot of love. In all of its many forms.

Aja has no idea what became of that letter writer, but another new beginning is being marked tonight as Melissa Stoddard and Justin Kuhn prep for their rehearsal dinner that’s taking place at Europa by reading each other love letters of their own.

“Europa has this kind a hidden secret about the love letters and I was always hoping that I would meet the love of my life and be able to do that, so I was super pumped that I did, and we get to do that ourselves,” said Melissa.

Justin and Melissa’s letters join hundreds of others and another love story is launched at this Spokane restaurant.

“That's what I'm looking forward to - us coming back in the future and checking out our love letters, and just remembering this moment,” smiled Justin.

One of the closing duties at Europa Restaurant is to check the new love letters and make sure their content is rated PG. They've thought about binding them up or cataloging them, but have decided not to because it would ruin the romance.