Thousands of people have locked lips under a Kissing Ball in Langley, Washington. 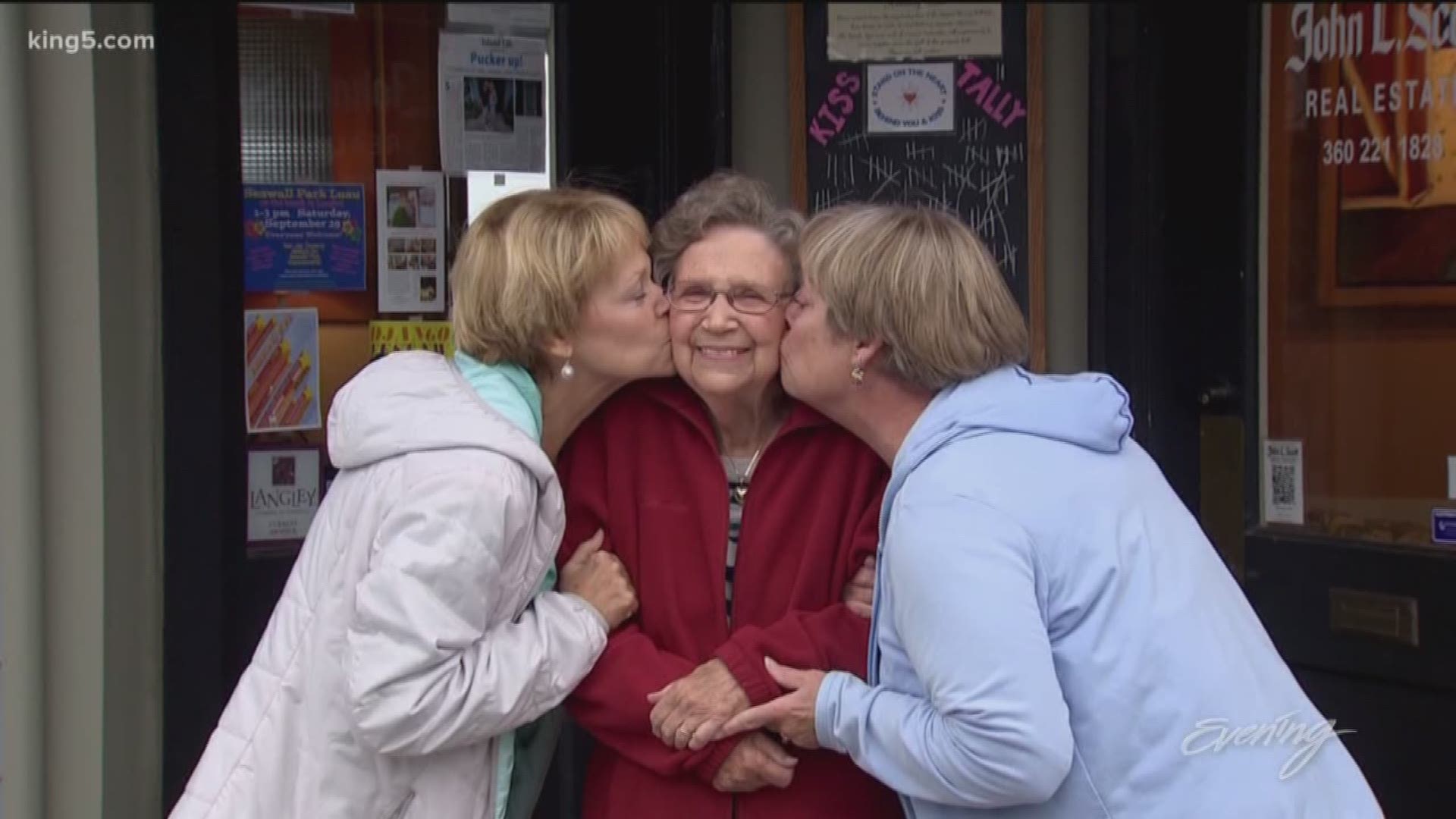 LANGLEY, Wash. — Langley, Washington is less than one square mile with a population of 1,000 – but it’s earning the title “Kissing Capital of the Northwest.”

"Absolutely beyond a shadow of a doubt,” said real estate agent Cheryl Keefe. "It's just all positive.”

Keefe has a unique perspective on the PDA, because she sees it happening every day, outside her John L. Scott office on First Street.

Couples gather underneath a floral orb hanging from the awning, made by artist Elaine Michaelides.

"This is a kissing ball,” Michaelides said. "It's a little bit like mistletoe, in that when you stand under it, this energy is just going to make you want to kiss."

It was originally hung as a holiday decoration, with people encouraged to record their kisses for posterity by making marks on a chalkboard.

But long after winter turned to spring, people still stopped to kiss.

So the ball remained and Keefe’s office started keeping score.

"We tally the chalk marks up and we mark it down and we've just been keeping track ever since we started,” she said.

After five years, the office has counted more than 13,000 kisses.

They’ve seen love in all its forms - from newlyweds to seasoned veterans, like a couple celebrating 50 years of marriage.

"And then we've had people who kiss a whole lot. And we say, ‘Maybe you should move on’…” Keefe said, laughing.

For all their differences, Keefe said the moments of joy have all shared one commonality.

"There's just maybe a second in time where they stop and they just focus on something that's probably the most important thing in the world,” she said.

So the tally of affection continues to grow, in a small town that's tapped into something big.