Skateboarding goes back to its roots in Tacoma

In Tacoma there's an artist who appreciates the past, and he's making fans in two different art forms. One of them you can ride. 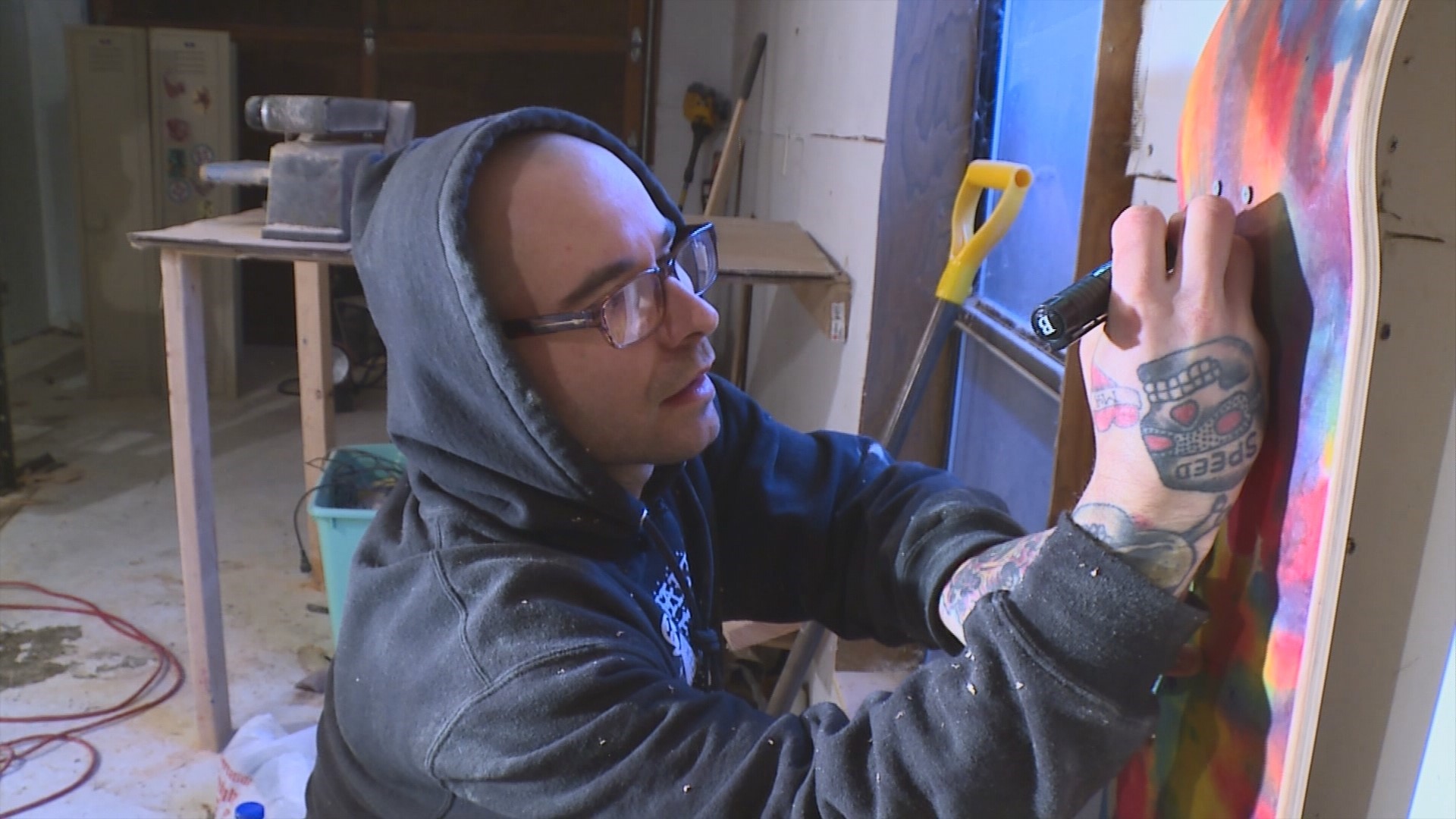 TACOMA, Wash. — At Tacoma's Grit City Grindhouse, skaters are dropping in, learning new tricks, and shopping for new boards. Among them are a few made locally by Frank Porcelli.

Frank works full time as an artist at Visualize Tattoo, on St. Helens Ave, and specializes in vintage flash tattoos. "It's not something that becomes trendy, it just always has been," he said. "It's not a haircut, it's not going to grow back. You're altering somebody's body."

Frank's the kind of artist who pays attention to details and who wants to get everything just so. He brings that same kind of dedication to his home workshop where he builds skateboards. He takes pressed plywood he's dried for weeks and carefully measures everything. He cuts the boards with a bandsaw and sands them over and over again. "It kind of starts with just wanting to do something different that you don't see every day."

This is not how most skateboards are made says Frank, "When skateboarding, in general, was starting out, most brands made their own boards, and that's not something you see really nowadays at all."

Skateboarding is a $5 billion industry and most boards are made in Chinese factories. Frank is one of a handful of people who prefer going old-school and making something that lasts longer. "All these grassroots people are making boards in their garage, they're just really bringing skateboarding back to what it was."

Frank's two passions come together when it's time to decorate the board. Some might think they're too cool to ever surf down a sidewalk but Frank has just one goal, "I just want to keep making art really that's kind of the main thing."

The next time you visit Grit City Grindhouse, you just might see Frank Porcelli working up some new moves, some new designs and most of all just keeping it real.

"[I'm] staying true to the roots of skating as I know it."