Nels 'Gnarls' Rosen of Seattle has been called the "future of skateboarding." #k5evening 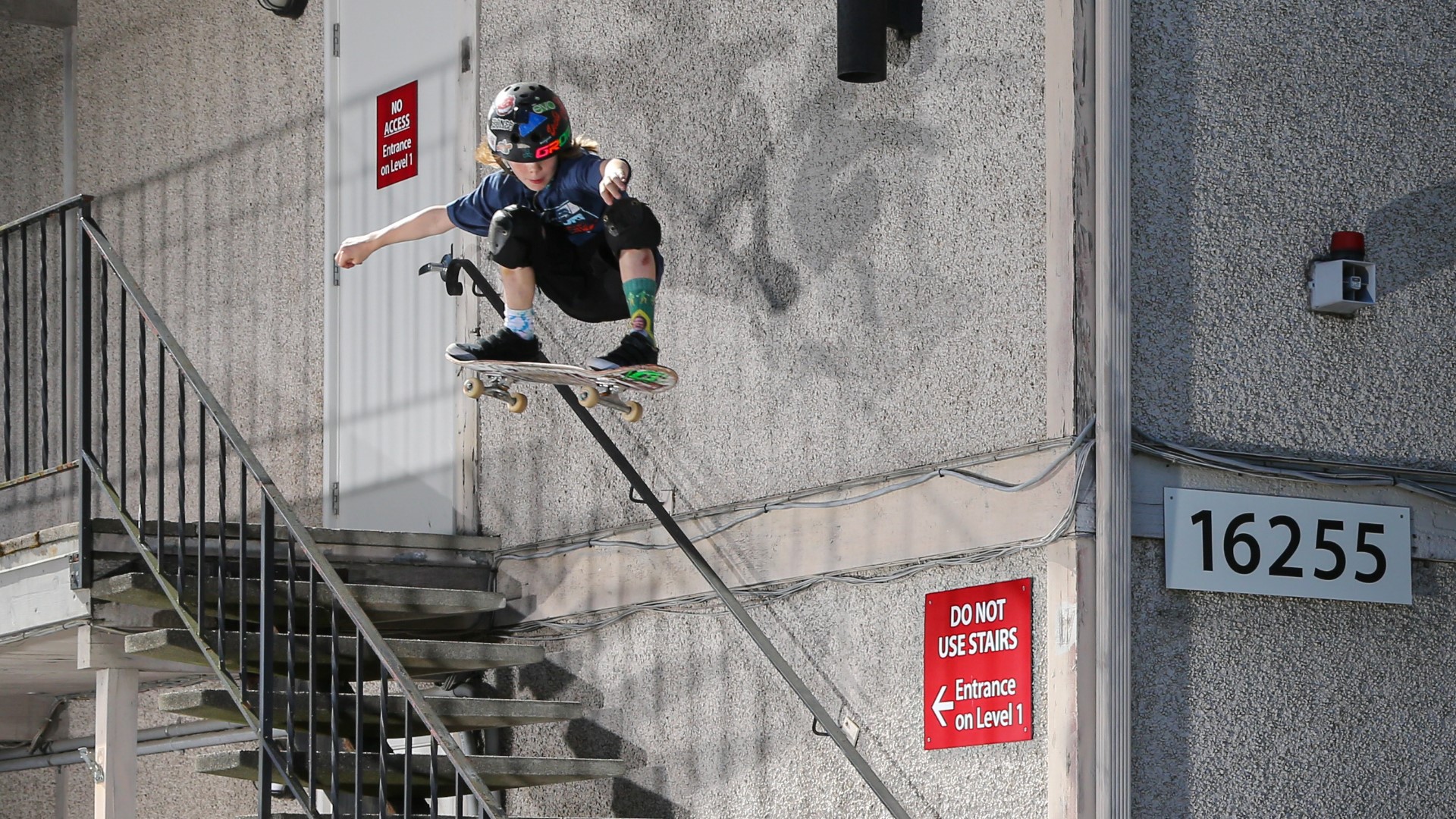 SEATTLE — Skateboarding is experiencing a renaissance, and Seattle skater Nels Rosen is turning heads wherever he goes.

“He’s amazing, it’s crazy the stuff he does,” said Tom Peha, who’s been skating for 40 years. "He does stuff the top pros are doing right now."

"I am nine years old and I've been skating since I was six,” Rosen said.

The elementary school student has spent a third of his life devoted to mastering - and creating - some of the most impressive moves other local skaters have ever seen.

Nels is nicknamed "Gnarls" – short for “gnarly” – and the owner of All Together Skate in Fremont thinks he’s something of a prodigy.

"I'd say he's probably one of the top five phenoms I've come across, and that's out of about 10,000 skaters,” said Marshall “Stack” Reid.

No one is more proud - or surprised - than Rosen’s parents. He wasn't exactly coordinated as a toddler.

"He had two left feet,” said his mother Melissa Gusaas. “Every time he would walk, it would be falling, he would fall into everything."

But when he stood on four wheels, something clicked.

Rosen’s style is both effortless and fearless. He credits that to his age.

When he skates, his dad is there - making sure he's as safe as possible.

But learning how to get back up is the lesson that lasts.

Eventually, he hopes to turn pro. But for now, he’s just a fourth grade kid having the time of his life.