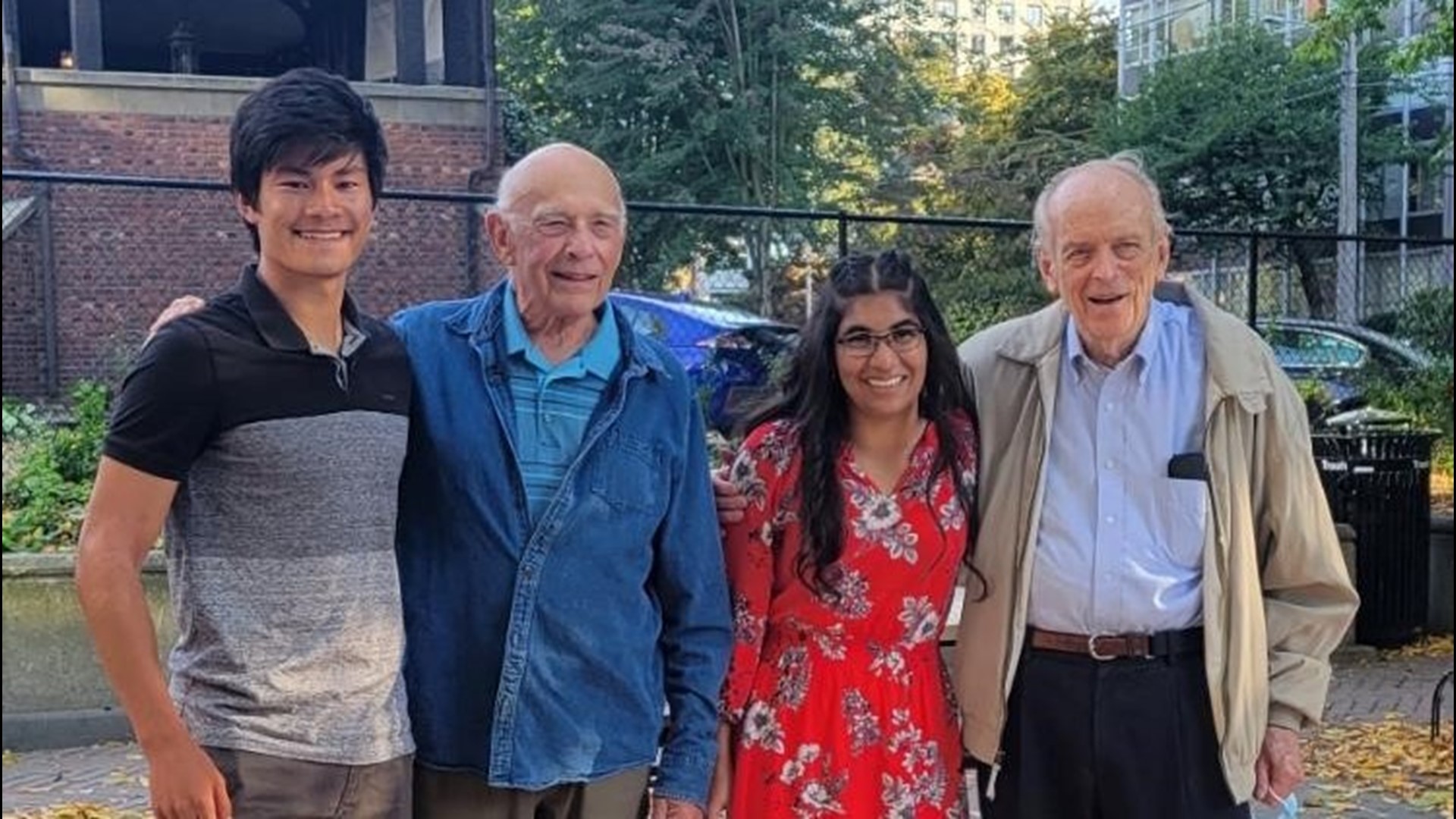 PIERCE COUNTY, Wash. — As school swings back into session, some Pierce County high school seniors are still relishing what they describe as a life-changing summer. Why was this summer so great for these students? It was because of their connection to seasoned seniors — better known as senior citizens.

A group of high school seniors invited senior citizens to be their mentors in a program they called “Senior 2 Senior.” They were paired by career interests and met for five weeks in person and over Zoom.

Now that school is back in session, some of the students involved were candid about their biggest takeaways from the program:

“The most significant thing for me was about how much we had in common with each other,” said high school senior Lara Tandon who was paired up with Charles Ellis Weems.

For Weems, the experience gave him more than a new friend, it gave him hope.

“It impacted my life by the fact that I became optimistic about the future. If we turn over a bad world to them, I think they are going to fix it. I’m very optimistic,” said Weems.

Another high school senior, Bernice Samson, said that meeting with their mentor showed them how much they have in common with each other.

“When I first met her, it was like looking in the mirror because we were so similar,” Samson said, "and the things we did, we were both interested in learning about French. Then we both realized we had a serious interest in learning Russian!”

Samson, who was paired with Karen Lane, noted that they also had conversations that went deeper than shared interests.

“We had a conversation about living to be happy and living a life full of love,” Samson said.

Like other senior citizens who participated in the mentorship program, Lane explained the hope she gained from this experience.

“I think if we all had the chance to meet these young people we would be so impressed by, and so much more confident in, the future of our city, of our country and the world,” Lane said.

High school senior Max Walker talked about how having a mentor helped him learn how to succeed personally and professionally.

The theme of hope was carried through in this paring as well, and Susan Corning left the experience feeling just as inspired as her mentee.

“Among other things, it made me very hopeful about the future,” said Corning, “I'm so inspired by Max and his colleagues. With Max, you breathe a goal and he's got it done.”

“Meeting someone like Jean who has had a huge impact on desegregating Seattle, especially in the '60s, inspired me to take more of a leadership role in civil activism,” Radovich said.

During this last meeting, students reflected on the program and shared some of the advice they received from their mentors.

High school senior Peter Radovich explained that his mentor Dick Cole taught him the importance of keeping community in mind at all times.

So, while the official meet-ups are ending, participants young and old say that the bonds formed here will last. Because ultimately, they all feel they are better for having connected with a fellow senior.