On Tuesday nights in the summer...Seattle's Lake Union becomes the setting for one of the silliest sailboat races around - Duck Dodge. #k5evening 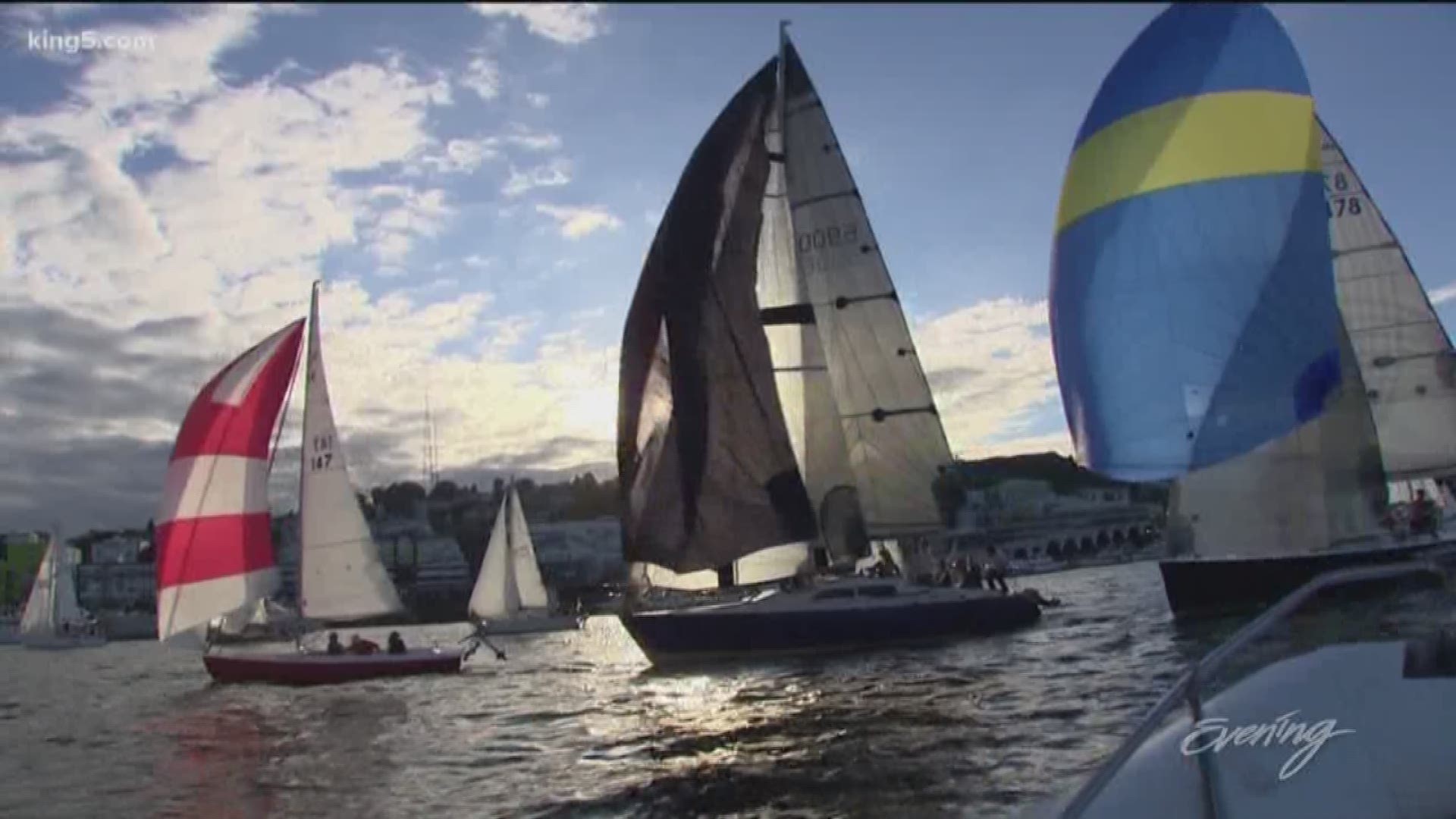 SEATTLE — On Tuesday nights in the summer... Seattle's Lake Union becomes the setting for one of the silliest sailboat races around - Duck Dodge.

"Duck Dodge" is a loosely organized regatta where sailboats of every size, speed, and soundness gather to raise their sails, and a few adult beverages too.

"I've had people ask me on the east coast about Duck Dodge, you can't explain it to anybody," said Hank Curci.

For the last 18 years, 85 year old Hank Curci has been volunteering his time as the races official timer.

Each week of racing comes with a different theme. With almost 100 boats on the water, the course can get a little chaotic before the race. But once the horn sounds... it's smooth sailing.

"It all started 43 years ago. The people who wanted to do Duck Dodge went to the city of Seattle and they asked if they could race on the lake. Seattle said no you can't because you'll disturb the wildlife swimming. They said ok, we'll call it Duck Dodge, to dodge the ducks. That's the story I got and I stuck with it because it's a good story."

Another good thing about the race? The price to enter.

"The race is all free so nobody knows who to sue."

After a couple of laps, the fastest finishers claim their prize. Which happens to be a sticker of a duck.

"You get a gold duck if you win, a silver if you come in second and so forth."

After the race is over, everyone rafts up against the committee boat and they call it a dinner party on the water.

"All it is, is a sailing party. Instead of going to someone's house to party, we're going out on the water to party."

In a city that is changing fast, traditions can be hard to preserve. Seattle's Duck Dodge is one ritual Hank, and others hope never sails away.

"I've been coming here 18 years and I'm going to go when I have to go out feet first. It's just a wonderful excuse to have a party on a night there is nothing to do."

1 / 8
One of the silliest boating traditions happen every Tuesday night on Lake Union this summer - Duck Dodge.