During the Prohibition, Western Washington was filled with secret speakeasies, boisterous bootleggers and corrupt cops. #k5evening 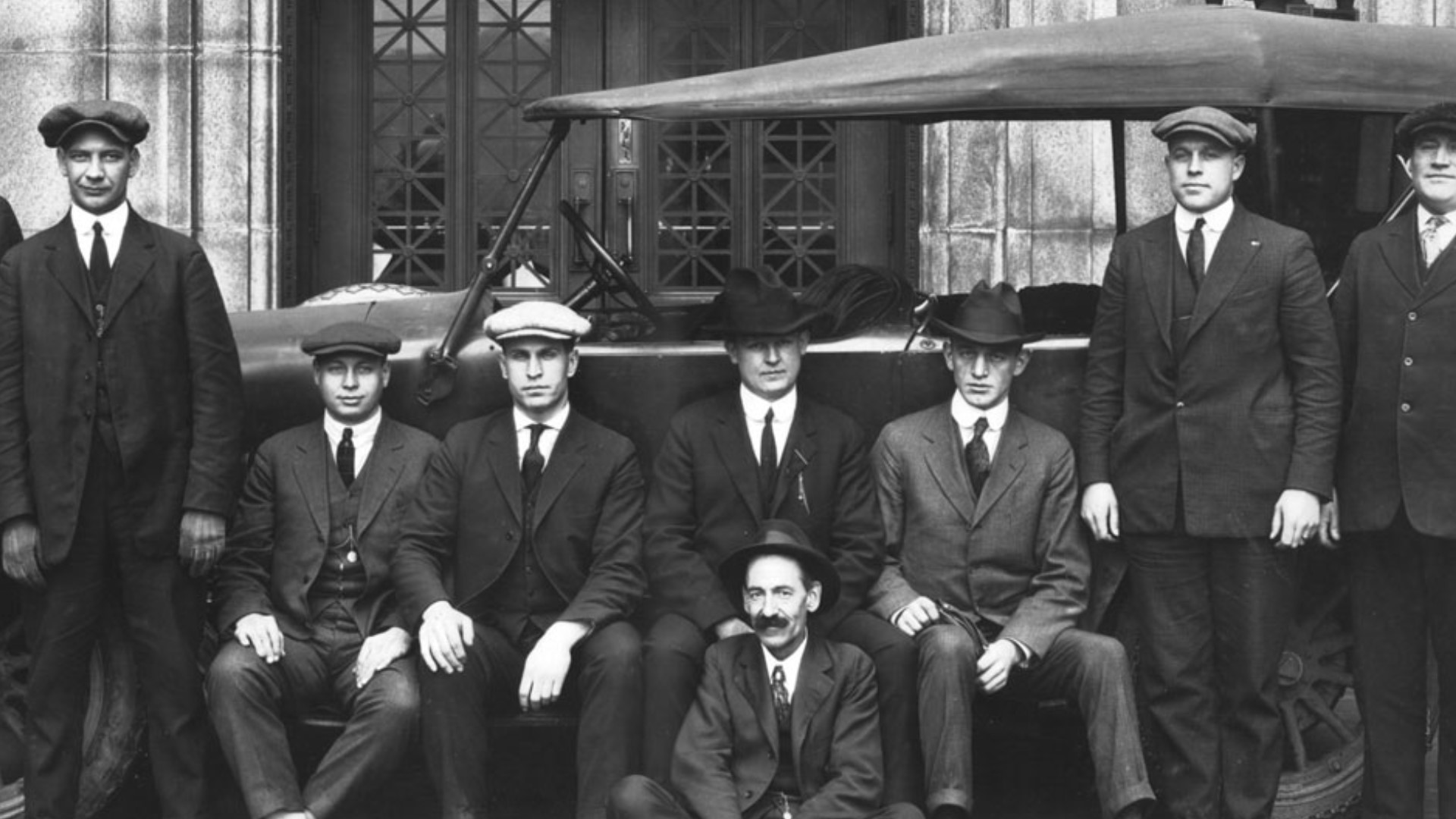 SEATTLE — Now, Washington is a haven for local beer and wine — but between the years of 1916 and 1932, it was a much different story thanks to the Prohibition. I wanted to learn more about what went on during those scandalous days, so I turned to author and historian Brad Holden. He wrote the book Seattle Prohibition: Bootleggers, Rumrunners and Graft in the Queen City.

"I found an old moonshine still in the basement of a Capitol Hill home," explains Holden. "And it just kind of piqued my curiosity about what was going on here during Prohibition."

In the early 1900s, Washington was filled to the brim with saloons, but not everyone was a fan of these social drinking establishments.

This may surprise you, but Seattle was one of the first adopters of Prohibition. The city voted to go dry in 1916, which was four years before the rest of the country.

"What happened is a state initiative passed that made the sale and manufacture of alcohol illegal," says Holden. "So when that happened, that kicked off the first wave of Seattle bootleggers."

Credit: Seattle Municipal Archives
The Dry Squad was the de-facto organization that hunted down bootleggers and rumrunners.

Because alcohol itself wasn't illegal, rather only the sale and manufacture of, rumrunners took the opportunity to buy alcohol in Canada and transport it down to Washington in boats — stopping in ports from Bellingham all the way down to Tacoma.

The rumrunners' ultimate nemesis was the dreaded Coast Guard.

"They were the ones that they feared the most because the coast guards were not afraid to In their machine guns or blaster cannons," says Holden.

However, the rumrunners discovered a way to escape those guns and cannons.

"When prohibition took effect, it was right after World War One, and Boeing airfield had a surplus of aircraft leftover from the war," Holden says. "So the more thrifty rumrunners would go to Boeing airfield, and then stripped these airplane engines, and then go in and take that boat engines off and replace it with these aircraft engines to give them unbelievable speed."

But speed meant noise, and so people started calling rumrunning ships "fireboats" because of their noise and their cargo - firewater!

"It was straight out of the movies," Holden laughs.

And while saloons were illegal - no alcohol sales - that didn't stop the fine people of Western Washington from frequenting speakeasies. Especially the infamous Bucket of Blood in Pioneer Square.

Credit: Collection of Washington State Historical Society, ID # 1957.19.270-994GL, Chapin Bowen creator, December 27, 1927.
Black and white, close glass plate negative image of a liquor raid during prohibition at Centralia, Lewis County, WA, December 27, 1927. A smiling man wearing a suit is emptying liquor from a bottle onto the ground. He has an unopened bottle in the other hand, and another bottle under his arm. He is standing on the ground at the back of a truck. Two men wearing uniforms are partially visible in the back of the truck in image left. One appears to have a hammer in his hand. A few other men are standing in the background in image right. Creation Date: Dec. 27, 1927. Catalog ID: 1957.19.270-994GL. Creator: Chapin Bowen.

According to Holden, it was a classic speakeasy. Patrons would knock on the door, someone would open a little slit in the door and pass a special card through, and they'd descend down a set of steps to the speakeasy.

"The place became known as the Bucket of Blood amongst some locals," says Holden. "And according to local legend, that was because they poured this really dark beer in these mugs." 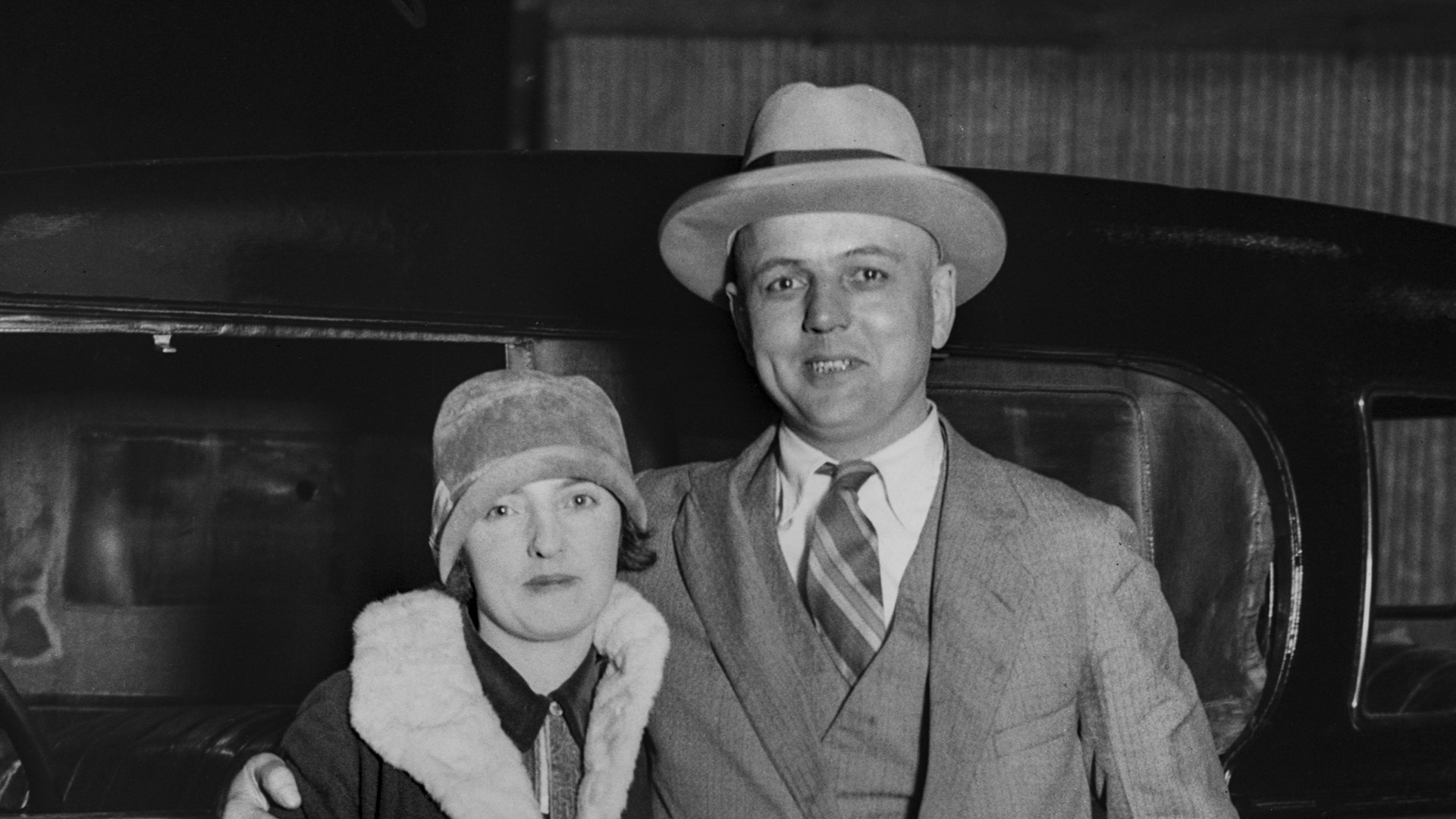 One of Washington's most notorious bootleggers was a man named Roy Olmstead. Originally a Seattle Police officer on the track to success, Roy turned to a bootlegging side hustle when the police salary wasn't enough. After a run-in with the law, he became a full-time bootlegger and was dubbed the King of the Puget Sound Bootleggers.

Olmstead was beloved for his gentlemanly nature and high-quality booze. He never gambled, frequented ladies of the night or used guns. Fans would often stop him on the street to chat, even!

He and his wife Elise lived in luxury in their Mt. Baker mansion. They also ran a radio station out of their home. Elise had her own show where she read nursery rhymes over the air - although many speculate it was a way to hide Roy's secret bootlegger codes and broadcast them out to his men.

All good things must come to an end, though - Olmstead was eventually arrested and spent several years in prison. Once he got out, he swore off bootlegging and became extremely religious.

And as for the state? Prohibition in Washington ended in 1933, eventually leading us to the robust brewing culture we have today.