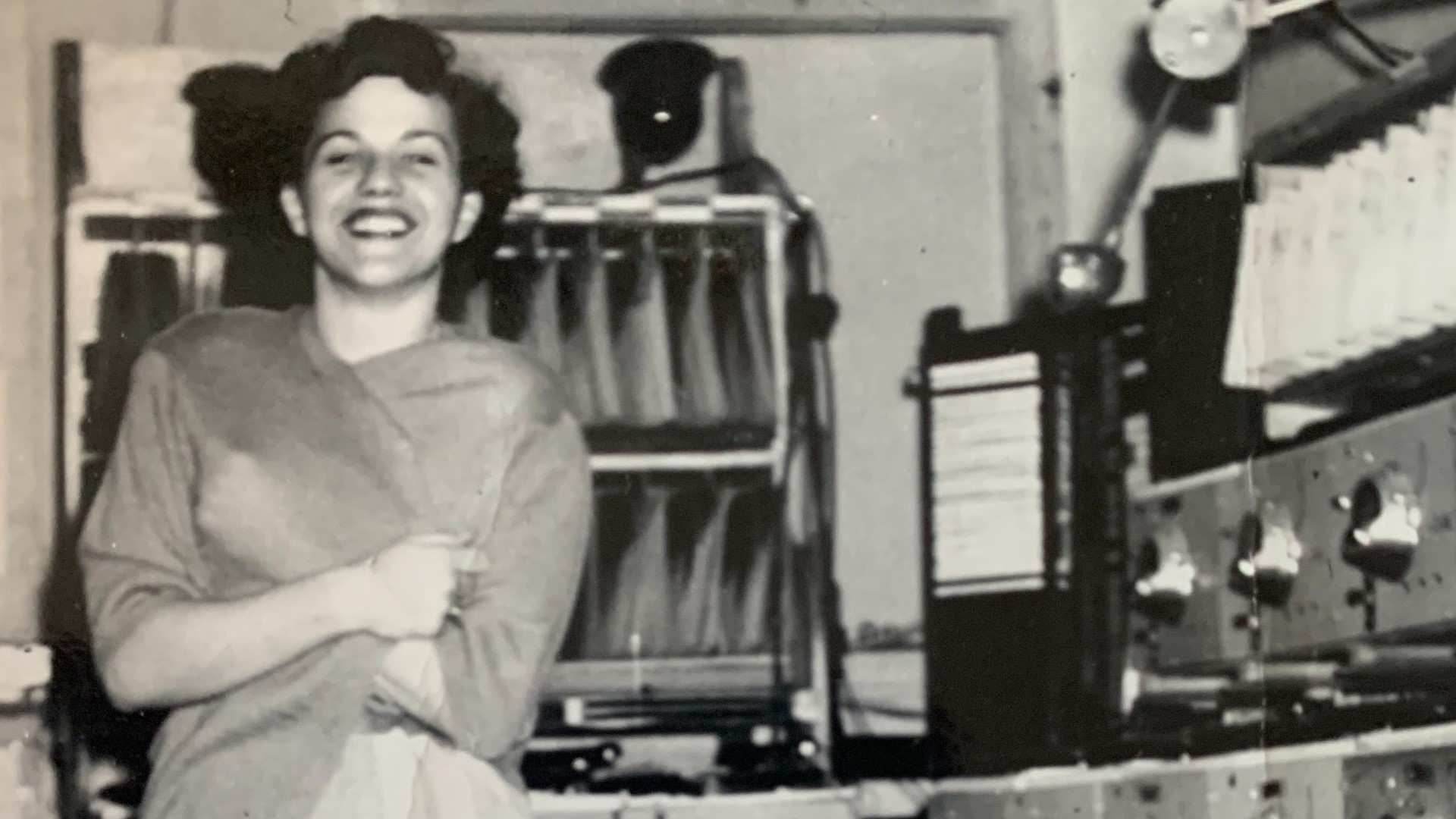 SEATTLE — It was an ear-catching idea.

At a time when coin-operated jukeboxes were spinning the latest hits in bars and restaurants, Shyvers figured out a way to expand the offerings.

RELATED: Painter of 'The Scream' was also a master of the selfie

"Jukebox was playing 20, 24 records. This is playing 170-plus records," Bennett said, "You'd put a nickel in and it would ring down at the station."

From a downtown studio packed with turntables and records, a young woman with a pleasant voice would take requests.

"'What number, please?' And you'd say, 'Well, I want number 132.'  And she would go grab the record and put it on the turntable and it would play over the speaker in the Multiphone, and they also usually had speakers out on the walls throughout the business," Bennett explained.

At its peak, the Shyvers Multiphone could be found in 120 locations across Washington.

The 'girl deejays,' as they were called, became objects of fantasy.

"They say sex sells," Bennett said, "When you were selecting your music, it was personal.  You were talking directly to the woman that was going to play the record."

RELATED: Trash or treasure? How to find (and recognize) the good stuff

There were strict on-the-job guidelines for the women, who were forbidden to accept dates from smitten customers.

Bennett said, "They couldn't use real names. They had to have 'mic' names as they called it."

For some reason, many went by 'Mabel.' And when military brass needed to get sailors on shore leave to return to their ship, they asked the 'Mabels' to step up to the mic.

"And make an announcement over every location," said Bennett.

Shyvers, himself, was as quirky as his invention.

"Right to the point or 'get out of my face,'" Bennett said.

He was always looking for the next big idea, and the inventor thought he'd come up with a good one, a patent for a combination ashtray/spittoon.

Some were turned into lamps long ago. Others were simply scrapped.

Bennett said, "Now they're kind of rare and desirable, and really hard to find at this point."

The Multiphone has been silent for more than 60 years. But it still tells a story about one man's great idea set to music.

"He was just way ahead of his time."

John Bennett is currently writing a book about the Shyvers Multiphone. If you or someone you know ever worked for the company, he'd love to hear from you. You can call him at (206)227-1950, email bennettproperties@comcast.net, or write to: