Seattle saw a lot of success with the Space Needle's debut at the 1962 Seattle World's Fair. So, they wanted to go bigger. Bolder. They wanted...a floating stadium? 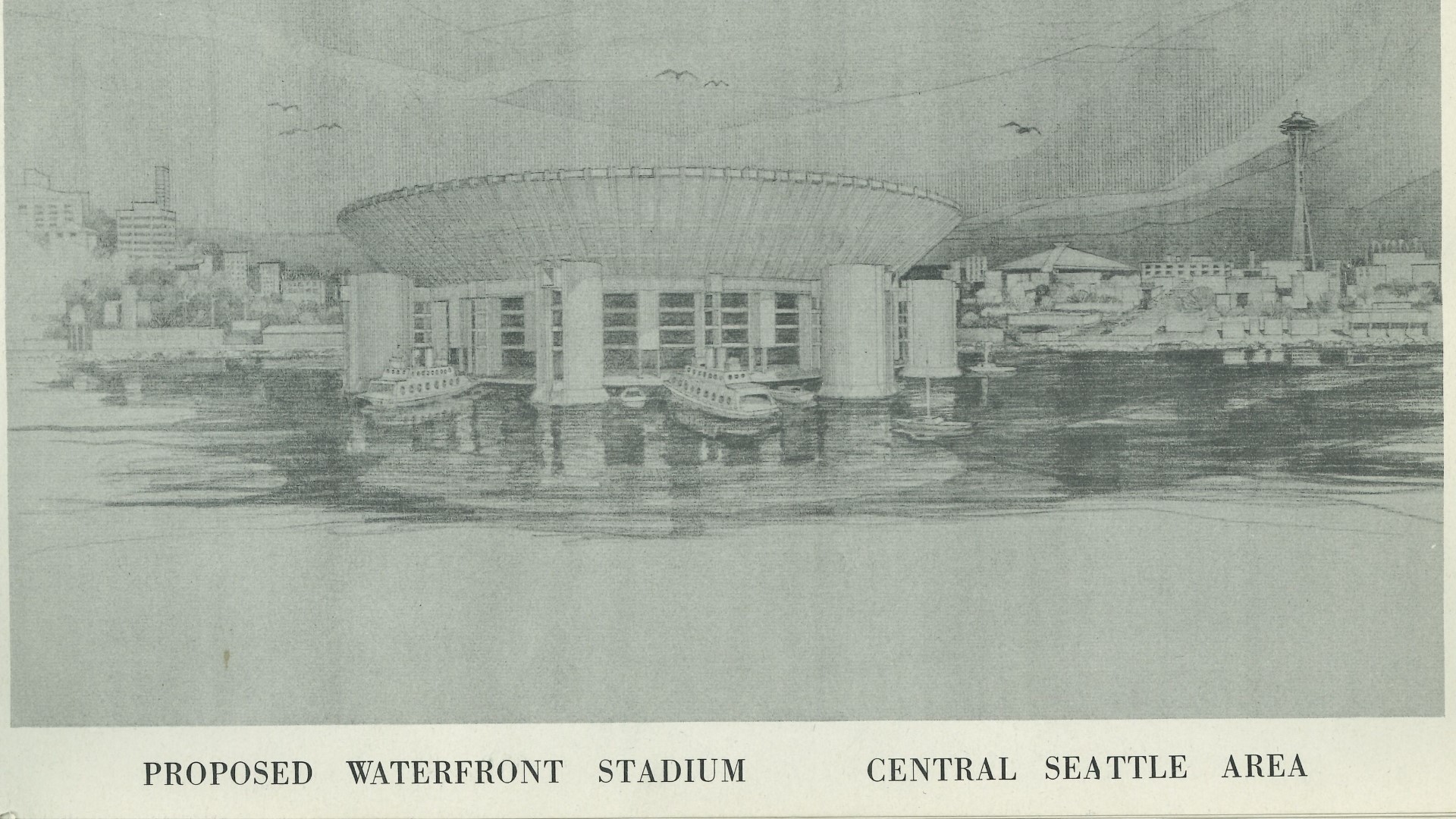 SEATTLE, Wash. — In an alternate universe, the Seattle skyline could look look a little like the photo you see below.

Yes, that is a stadium floating in Elliott Bay, right at the food of Harrison Street.

Credit: Seattle Municipal Archives
The floating stadium was an idea hatched in 1963, right on the heels of the spectacular Seattle World's Fair.

"I think they were still thinking big from the World's Fair, and having something nobody else had," says Assistant City Archivist Julie Kerssen of the Seattle Municipal Archives.

According to Kerssen, this grand plan was supposed to ignite Seattle's sports scene.

"That was the main idea- to attract a baseball or football team there," Kerssen says. "They also thought they could use it for track meets and Seafair events."

Originally, the builders looked for land in the city center, but when they found none, decided to build on the water.

Although it may sound a little wild, architecturally and structurally speaking, Kerssen says it seems like it was feasible. A Naval architect was even hired to ensure there would be a level playing field for sports - don't want to rock the boat too much, you know?

Unfortunately, there was one big problem.

"It seems like the planning commission kind of nixed it because it seemed like parking was going to be a real problem," Kerssen says.

They needed 700 parking spots, and that was not going to happen. Its downfall was a tangle of city logistics, two things that we still experience in Seattle to this very day - parking problems, and traffic congestion.

"It's not surprising it didn't get built, but it would've been really cool," Kerssen says.

This story comes from the Seattle Municipal Archives' regular Find of the Month series that Kerssen writes. Check out other interesting stories there.