Little known tunnels and passageways provide shelter from rain as well as art, history and shortcuts for urban explorers 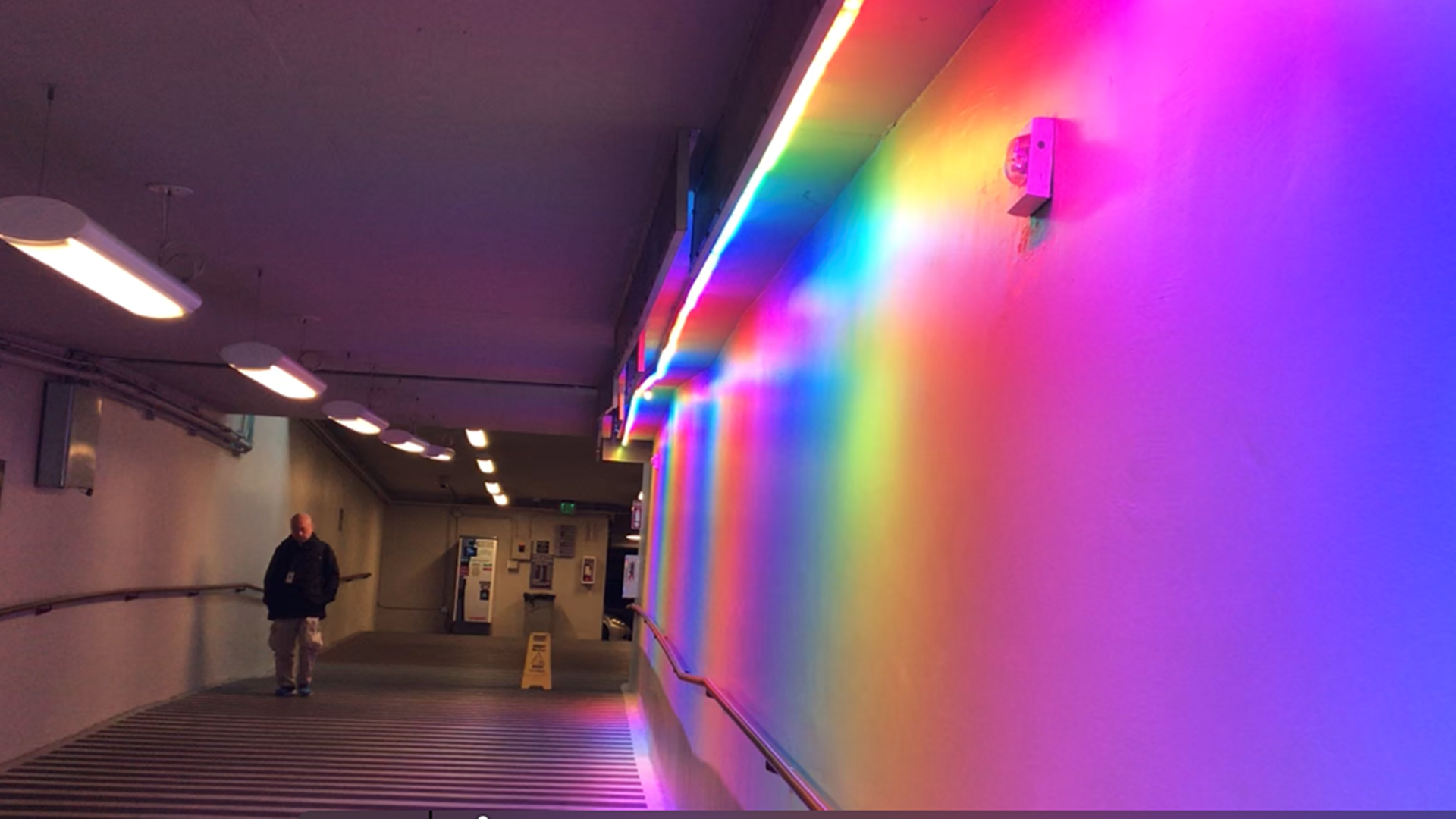 SEATTLE — Attorney Eric Makus is an urban explorer. An expert at getting around Seattle:

One of his secrets to navigating his city? He's got Seattle's other underground all mapped out.

"I like to get from point A to point B staying dry and getting there fast."

Seattle Times breaking news reporter Christine Clarridge met Makus on another story and heard about his hobby. She got curious about the pedestrian passageways hidden in plain sight in the city and pitched the story to her editors.

"A lot of Seattleites didn't even know about it - and when we started thinking about how many new people there are to Seattle, and how much rain there is, it sounded like a reasonably good idea,” said Clarridge.

Her piece mapping Seattle’s pedestrian tunnels and passageways features Makus, a 4th generation local who works downtown and would rather tunnel beneath the Columbia Tower than stare at it from the streets:

"I was fascinated that you could duck underneath and get through a couple of streets from one end to the other. It's safer, it's cleaner, it's a much more pleasant walk,” Makus said.

His favorites are all in Clarridge’s Seattle Times article:

Like a brightly lit tunnel with curved walls that links the King County Courthouse and Administration Building:  "Oh I call it the Get Smart Tunnel, because it always reminds me of Maxwell Smart back from the Get Smart days,” said Makus.

Near that tunnel is a rainbow you can walk through: a short tunnel from a parking garage that’s also near the King County Courthouse on 5TH Avenue. It's an art installment called 'Chinook Lights' by Bill FitzGibbons.

A passage beneath the Fifth Avenue Theater is another sheltering shortcut - hiding some small eateries and one-of-a-kind finds, like a stylized Indian chief sculpture salvaged from one of the Seattle buildings razed to make way for Rainier Square. Also lining this tunnel, a gallery of Pacific Northwest historic photos spanning from the Klondike Gold Rush, to the University of Washington’s early days, to Boeing’s participation in the space race.

These places aren't just protection from the rain: they add a whole new dimension to a familiar city when first discovered. It’s a Seattle secret that’s not a secret at all if you know where to duck in, and under. And it’s some handy knowledge that Makus and Clarridge are glad to share:

"They're there to be used, and I think that's a good thing,” said Makus.

Clarridge adds: "It does feel good to tell people or introduce them to something they didn't know about, it makes me happy."