Speakeasy sushi restaurant is a must-try in Seattle 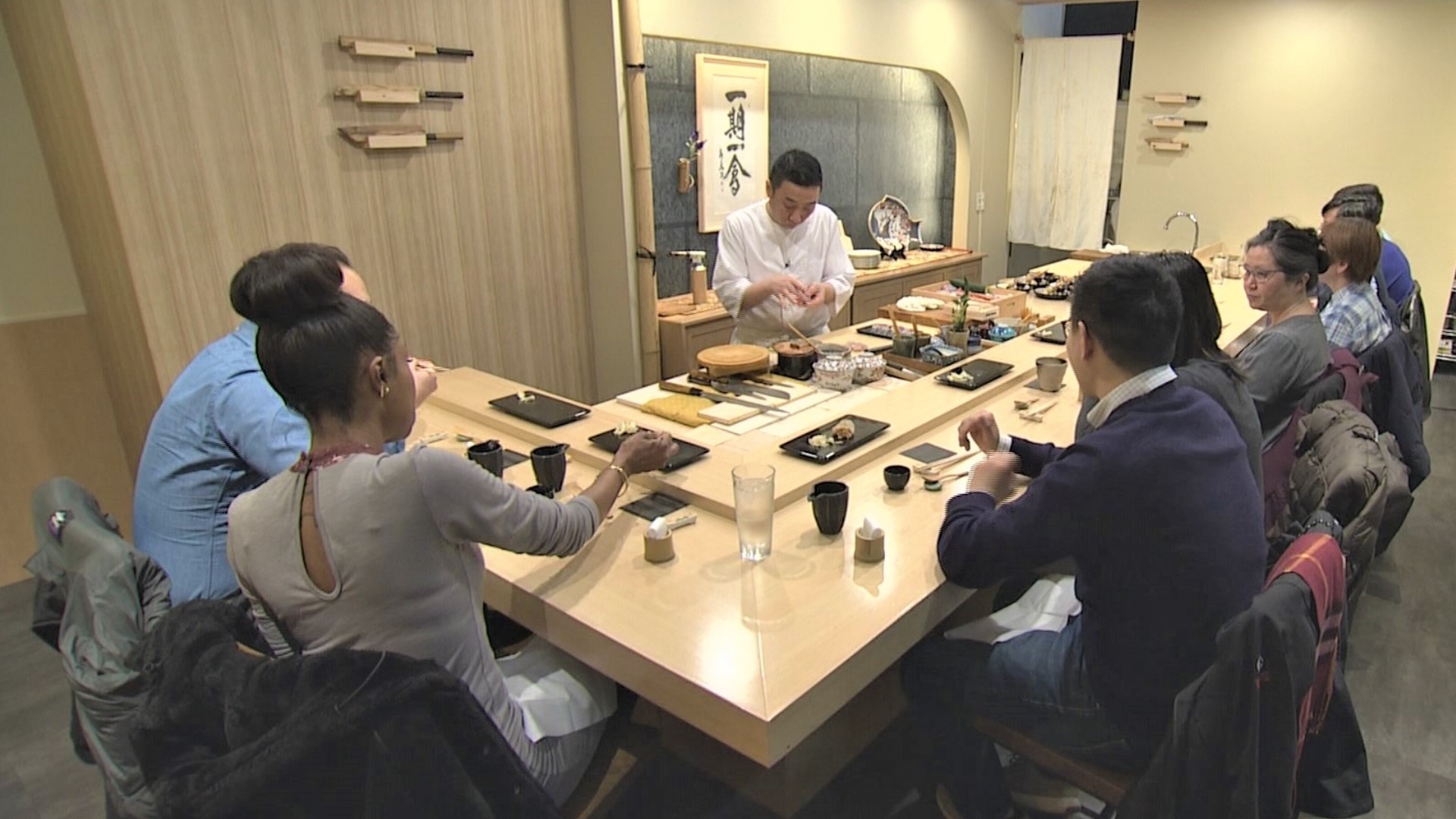 SEATTLE — One of Seattle's most noteworthy restaurants is also one of the most difficult to find.

Taneda Sushi in Kaiseki is literally "off-Broadway" on Capitol Hill. You’ll find it down a narrow indoor alleyway next to barbershop, marked by a simple sign.

But customers wait for weeks to get a reservation in the nine-person dining room, where they pay $125 per person for the unique experience.

Sushi chef Hideaki Taneda owns and runs the restaurant, where he puts his heart - and a lifetime of experience - into every meal.

"I used to work in big restaurants before, but I really wanted this kind of small business. It’s my dream,” he said.

Taneda started working as a traditional sushi chef in Tokyo at age 18. More than three decades later, he still uses the same knife.

But his restaurant is something different.

Kaiseki is Japanese haute cuisine, served in a multi-course seasonal dinner. Taneda applies that idea to sushi but makes the experience less formal.

"Normally, traditional Kaiseki is no drinks, no sake,” he said. “It's very serious, no music."

Credit: KING TV
The restaurant's only signage is off the main street above the door.

At Taneda, there's jazz and premium sake. But the only menu diners peruse is for drinks. The chef determines what everyone eats.

"I always put some surprising stuff in the course meal,” he said.

The restaurant is a family affair - Taneda's wife and daughter help wait on customers. Service lasts for an hour and a half, with more than 20 courses of sushi made from fresh fish flown in from Japan.

"It's very simple,” Taneda said. "(You want) the fish taste. And just a touch of soy sauce, you don't have to dip it in too much soy sauce. And a little bit of wasabi, so that's it."

Every offering is memorable, especially to those who know Kaiseki.

Credit: KING TV
Chef Hideaki Taneda makes more than 20 courses over an hour and a half dining experience.

"I've lived in Japan so I know what the experience should be like, but this is just far better than I could have imagined,” said first-time customer Grace Takashima. "It's fresh, it's different, and it's amazing quality."

Taneda said he hopes his diners also feel like they’ve experienced the height of hospitality.

"We never know if this is the first time or the last time or many times, but I try to do my best for you,” he said.

Taneda Sushi in Kaiseki is located at 219 Broadway East on Capitol, in a complex known as Broadway Alley.

Reservations are available online and they’re often booked out two months in advance. There are two dinner services on Wed., Thurs. and Sunday, and three on Friday and Saturday.