A brand new way to stop those porch pirates. 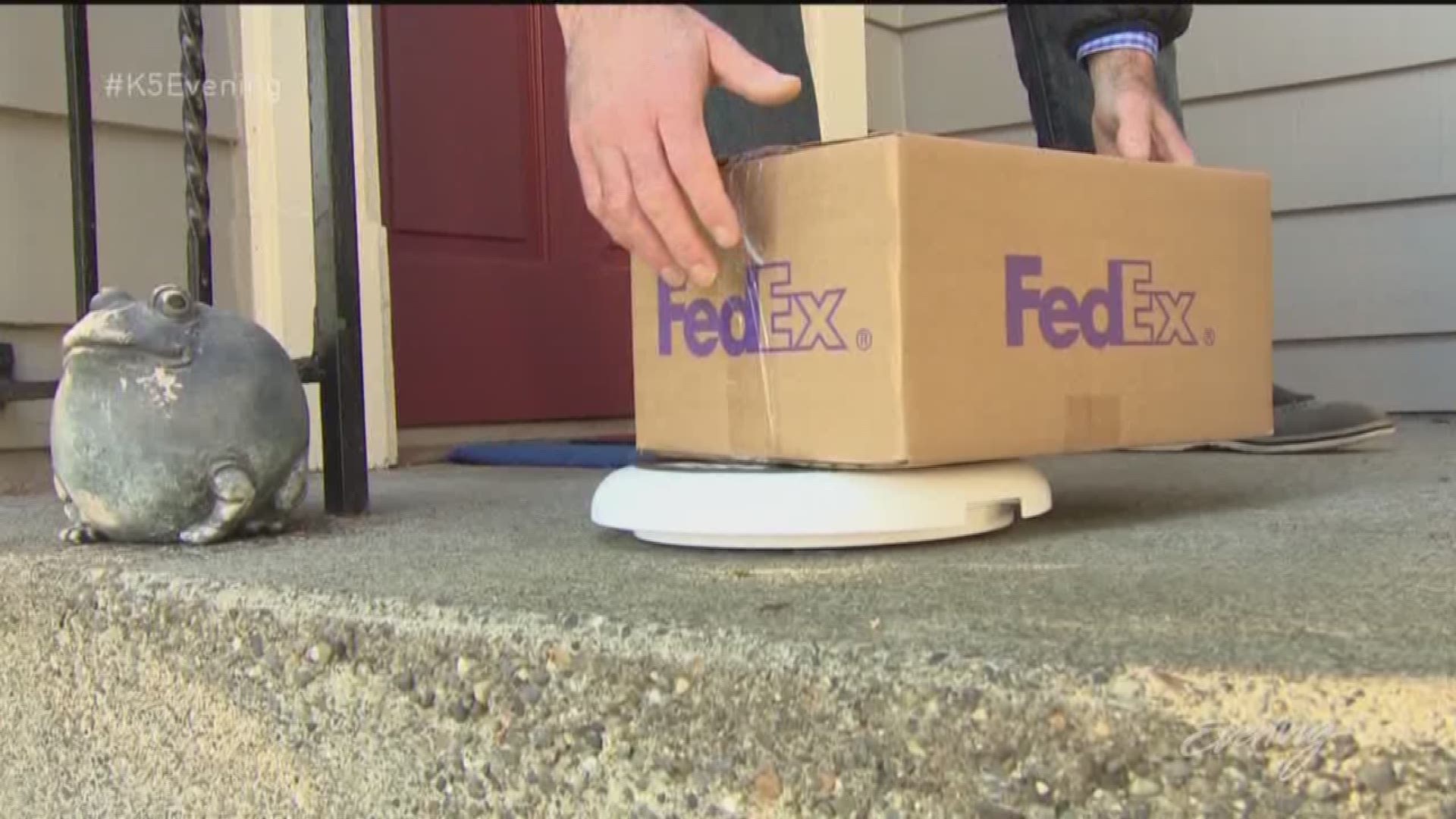 SEATTLE — For many, the term "porch pirates" is all too familiar. More online shopping means more packages at our front doors... which leads to more opportunities for ne'er-do-wells to steal our stuff!

That's where the Package Guard comes in. When a delivery is placed on the device, you get an alert that it has arrived. When the porch pirate ambles by...

"Loud alarm," says Grabham. "It's as loud as a jackhammer!"

One hundred decibels to be exact.

Michael Grabham invented the device when he and his wife had a large package stolen from their front doorstep.

"I was kinda pissed off," he says. "Was like, y'know, there's gotta be a way. So in my head, I thought this device existed. And so I looked it up, and the thing didn't exist. And I'm like, well I'm gonna create the thing."

"They're either gonna just drop the package and run," Grabham says. "Or they're gonna run. They're not gonna run with bigger packages 'cause it's too hard to run. And if they run with a small package... It is what it is, but everyone in the neighborhood sees a guy running down the street with a package in hand."

He admits that the Package Guard isn't going to completely stop theft, but believes that we have to start somewhere.

"Now at least we have an alarm that says, 'Bad things are happening at my house,'" he says. "Someone stole my package."

When you want to pick up your package yourself, you just disable the alarm with the app on your phone.

Michael says he probably hasn't thought of everything. But the alarm doesn't go off if, for instance, if a cat steps on it, and the box doesn't have to be placed perfectly on top.

Package Guard works pretty well, he insists. A thief just needs to touch the package and then off the alarm goes. Hopefully, off the porch pirate goes as well.