Seattle Lyft driver turns his car into a karaoke lounge

This driver will take you from A to B... to D minor and beyond. 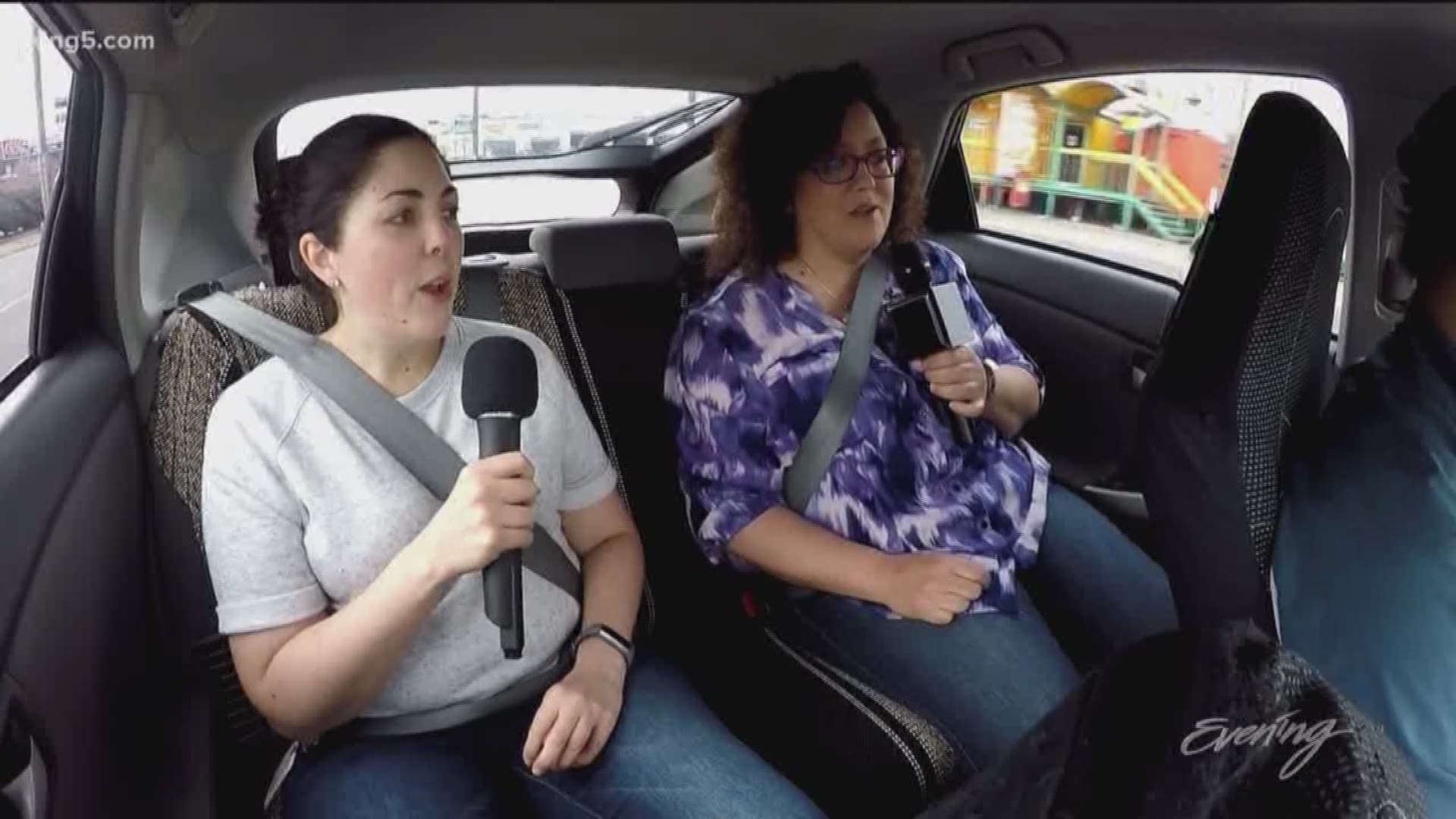 SEATTLE — This is more than just a car. It's a music-mobile.

"As long as the passenger's having fun, I'm matching that energy," says Lyft driver Rommel Landon.

You can call him Friday.

The former web developer has turned his Prius into a party.

"I love people, and I'm an extrovert. And I needed to engage with people," Landon explains.

Last year, he outfitted his car with a mobile karaoke system (microphone optional) and hit the street with a beat.

"I'm Filipino," Landons says, "And Filipinos love karaoke. And so I tried it out. After a week, people really loved it."

Friday's car is a party any day of the week. Every rider is invited to sing along. Not all of them do.

Landon says, "The majority of the people don't want to sing in front of a stranger."

For those brave enough to take the mic, a few songs always seem to top the playlist.

Every rideshare idol is invited to leave their autograph on the hood of the car, written with a Sharpie.

Landon's fares are a down payment on his dream.

In the meantime, the beat goes on. On the road.