Seattle author of Racing in the Rain enjoys the new attention

11 years after his best-selling novel was published, Garth Stein sees Racing in the Rain on the big screen 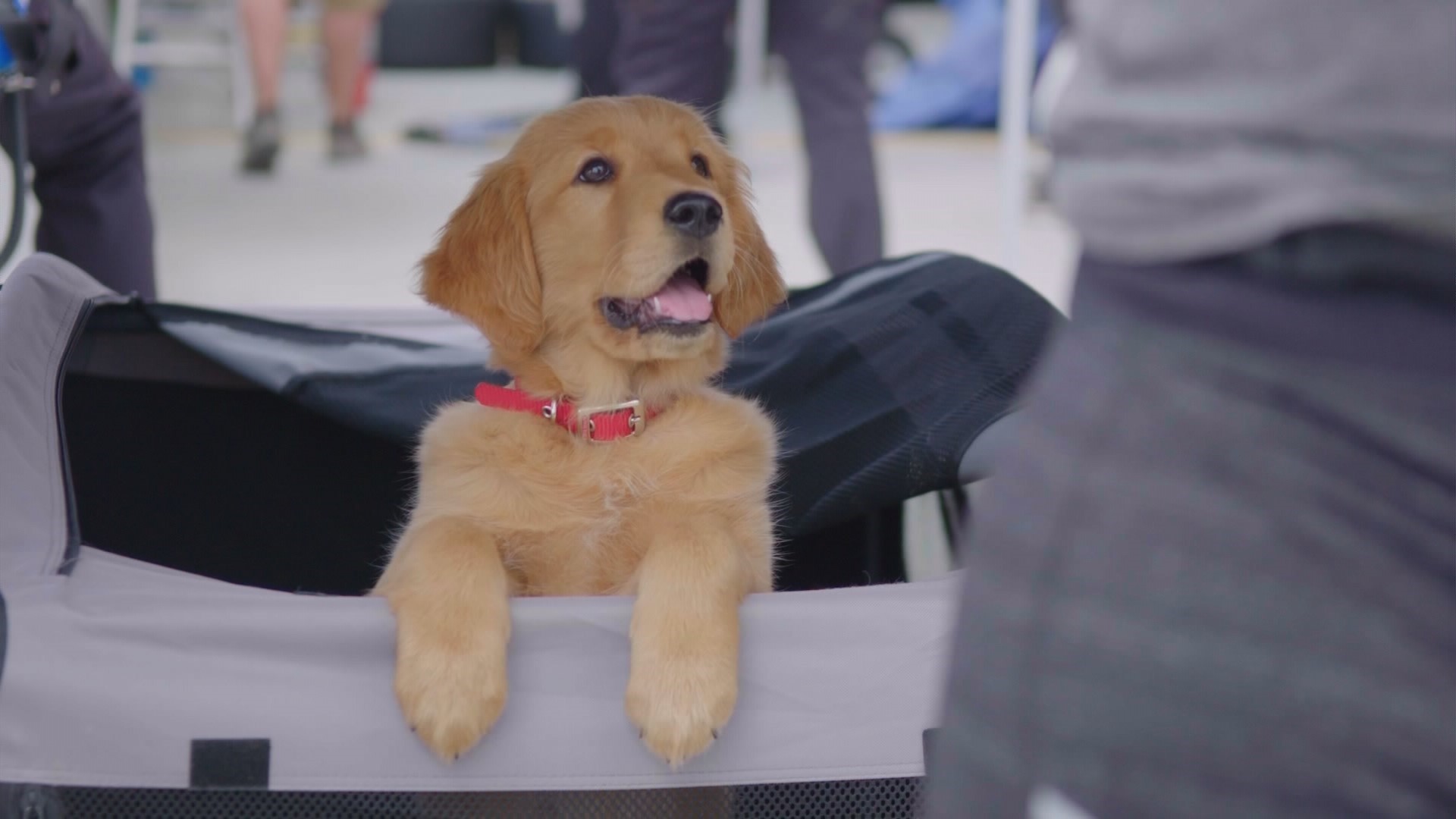 SEATTLE, Washington — At the red carpet premiere for The Art of Racing in the Rain, surrounded by movie stars, there's Seattle author Garth Stein doing his best to please the photographers yelling his name.

“They walked me down the red carpet and I had to do all the press and I have to say it’s quite enjoyable,” Stein says.

After waiting for 77 dog years, it’s a day Stein had almost stopped expecting.

“The book came out in 2008 and it's been through a lot of gestation periods since then,” he tells one reporter.

His novel, The Art of Racing in the Rain, has already sold more than two million copies.

“The book is the book and it will always have its life,” he says.

Now, thanks to the movie which met expectations in its first weekend by earning $8.1 million, the book is back in the New York Times bestseller list. New readers are discovering how lessons learned on a race track can be applied to life.

Some of the lessons I learned years ago when I challenged Stein to race Go-Karts on a slick Pacific Raceway track in Kent. I wound up spinning out and losing the race. Just like in the movies.

“My hope was that they would stay true to the heart and the spirit of the book and I really believe they have,” says Stein.

A Golden retriever named Enzo narrates the story of a race car driver and his family. He's voiced by Kevin Costner.

“Yeah I've heard people say it's his best movie ever,” laughs Stein. “I won't presume to speak for him.”

Enzo was inspired by Comet, Garth's own dog for 14 years. She died a year and a half ago. Stein says he's not yet ready to get another dog.

“We love our dogs,” he says. “We love them so much. We want those 10-to-18 years of joy and unconditional love and if we can experience that, it's so fulfilling in our hearts that when we do have to pay with some grief, well,  we understand that it's a fair trade.”

The Art of Racing in the Rain is now on BluRay and DVD. While the critics gave mixed reviews, the movie received an A- on Cinemascore from the audience. Bring tissues if you’re planning to see it.