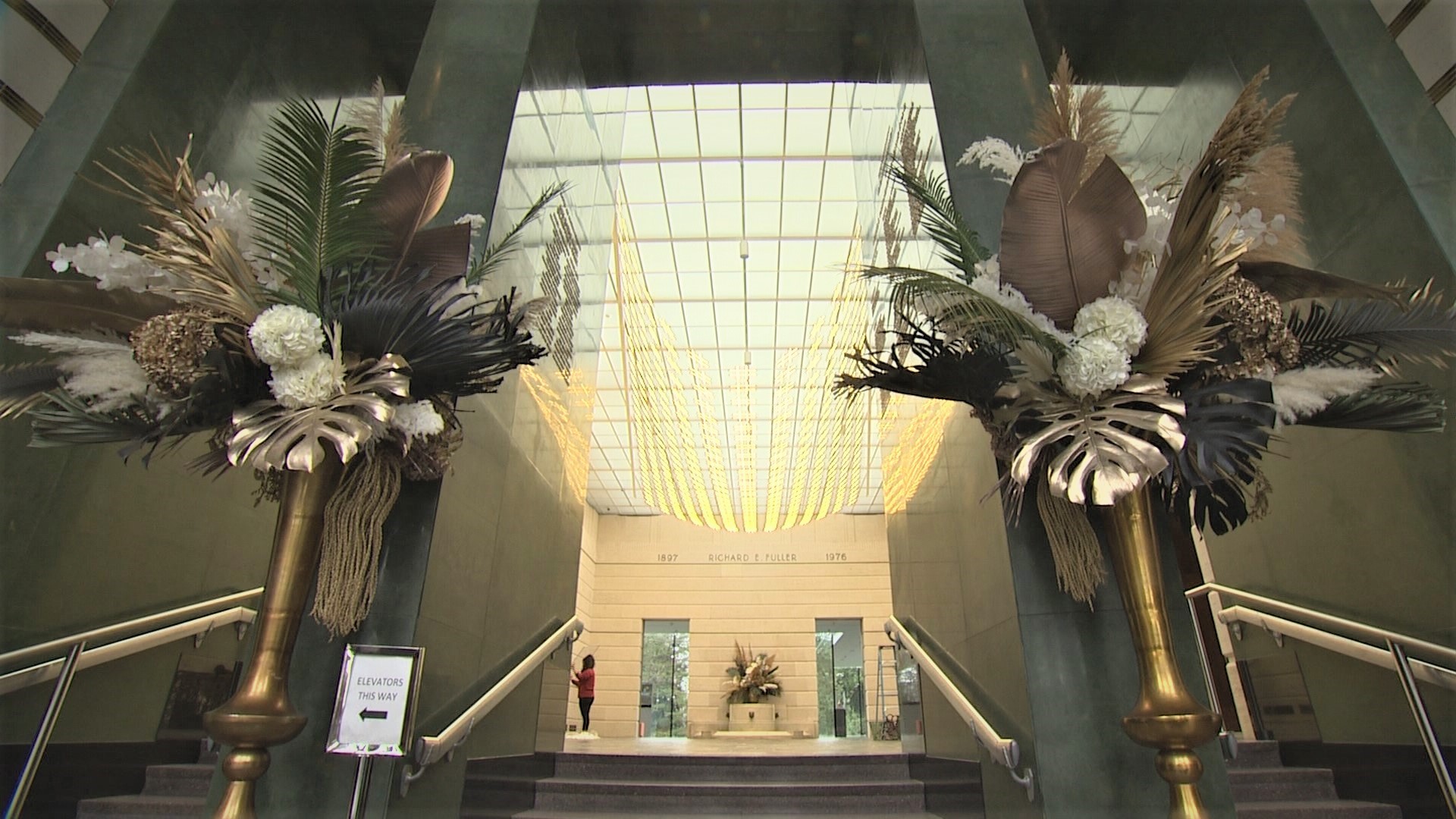 SEATTLE — The renovated and expanded Seattle Asian Art Museum is finally re-opening to the public.

The work took two years and $56 million, but the museum now spans two wings and features centuries of art from around the world.

As soon as you walk in, look up to see an LED display called Gather. Created by Seattle artist Kenzan Tsutakawa-Chinn, it’s a modern piece with a pattern inspired by Asian art tradition.

Credit: KING TV
Some/One is a sculpture featured in the expanded section of the museum.

There are 13 galleries, each with a different theme. The Divine Bodies room is a spiritual look at the human form.

"We have a little game in this room where you can match your own body to a mudras, which is a symbolic hand gesture,” said curator Ping Foong.

There are also breathtaking views of Volunteer Park, from floor-to-ceiling windows in the expanded portion of the building.

"He's really looking at the relationship between the individual and the larger society," Wu said.

It was too large for the museum prior to the renovation.

"It looks so stunning here,” Wu said. "This is just the perfect scale for it."

Visitors should allow two hours to explore, at least - and one trip may not be enough.

“I suggest you come back. Constantly," Foong said, laughing.

The grand re-opening kicks off with a ribbon-cutting at 8 am on Saturday, February 8. Tickets for the weekend are gone, but regular museum hours begin on February 12.

"We're one of the few stand-alone Asian art museums in the country, and our collection ranks top ten,” Wu said. "This is really a unique treasure for the people in Seattle."

The museum is open Wednesday through Sunday.

Credit: KING TV
Children under 14 get into the Seattle Asian Art Museum for free.