Seahawks fans in for a treat: New food items coming to CenturyLink Field 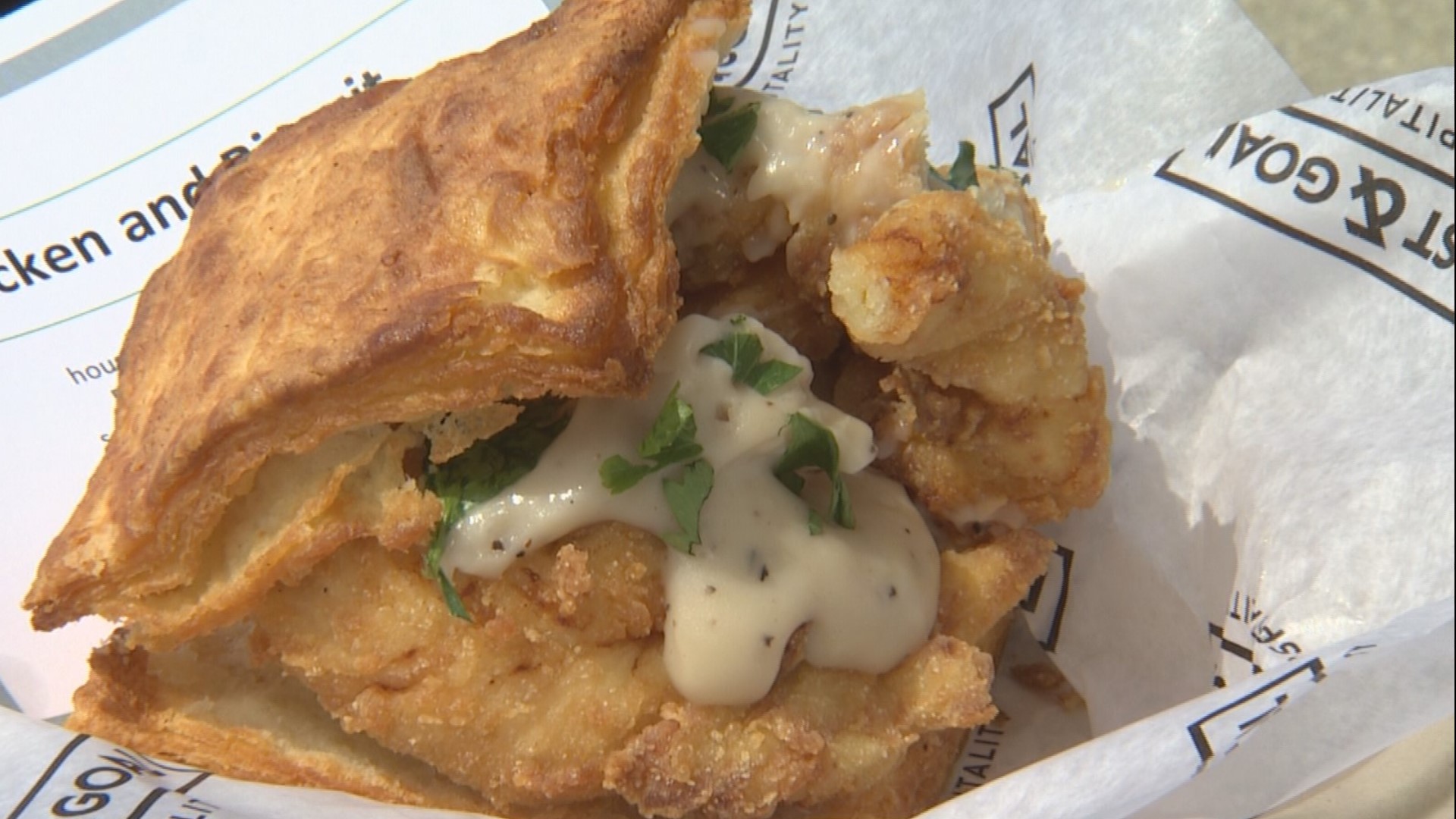 RENTON, Wash — If their latest stadium food is any indication, the Seahawks are coming to play this season.

Having first worked in a family restaurant at age 14, Casini comes from a long line of chefs from Florence.

"Grandfather, father, uncle – all back in Italy and brought it to the United States," Casini said.

Now he's bringing it to Seahawks games. The aforementioned Chicken & Biscuit is a collaboration with Seattle's Ezell's Famous Chicken. It features chicken tenders on a savory biscuit topped with southern style, country gravy.

Another local company, Oberto, will provide the Hot Link with Washington Apple 'Kraut. The sauerkraut is infused with local cider.

"This thing's spicy," Casini said. "It's gonna warm you up, especially in the winter months."

And Casini's fired up about the Seattle Cheesesteak too. No classic ballpark fake cheese. This version's got herbed cream cheese for a touch of tang.

RELATED: 3 things to watch in the Seahawks preseason games