The Scottish actor sings on-screen for the first time in the new Elton John biopic. Travel and accommodations provided by Paramount Pictures. 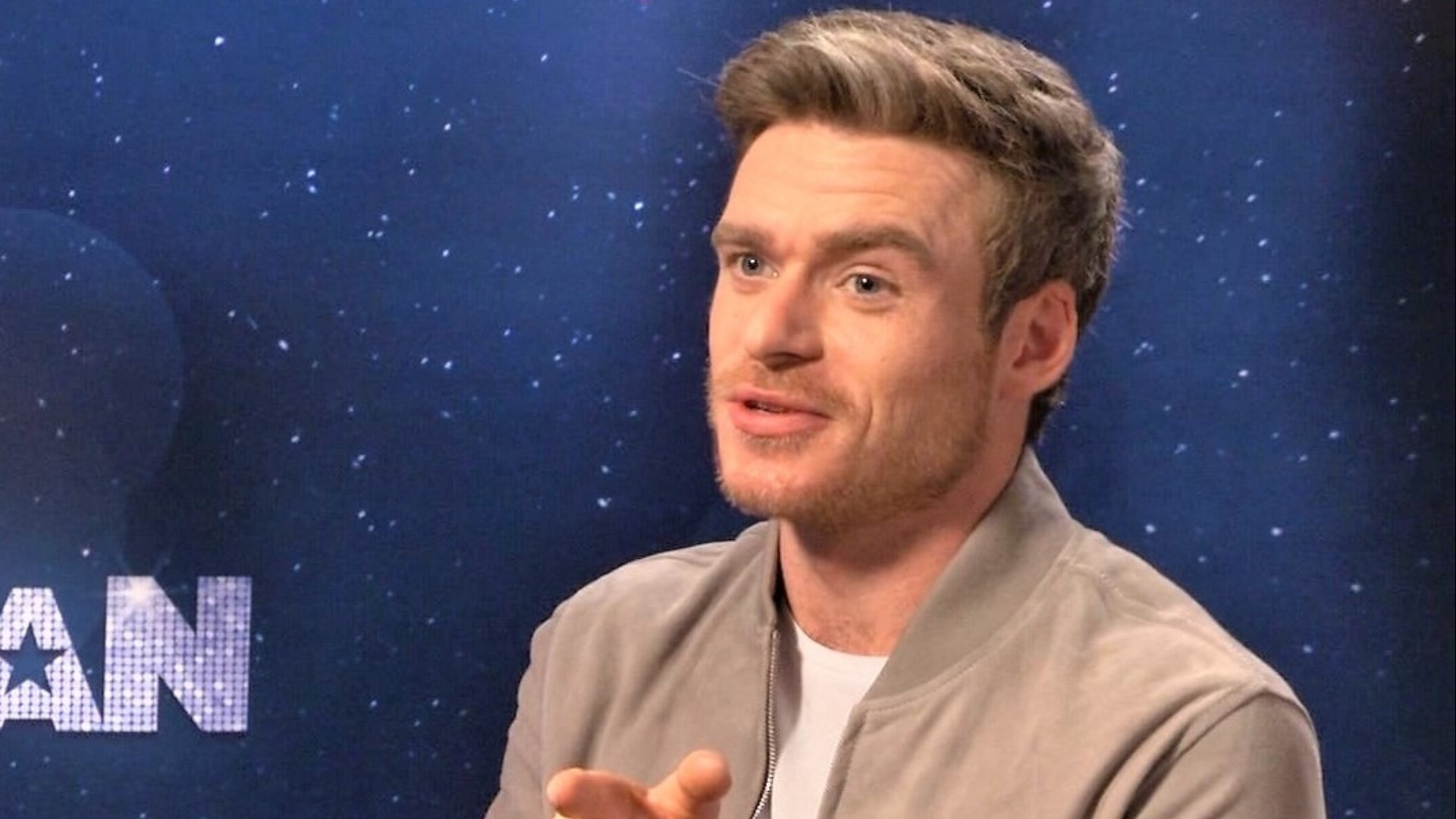 LONDON, UK — He achieved international fame as Robb Stark on Game of Thrones and won a Golden Globe this year for Bodyguard – but Rocketman marks the first time Richard Madden will sing on-screen.

He plays Elton John’s former manager and boyfriend in the musical biopic. Evening’s Kim Holcomb talked to him in London.

HOLCOMB: "What was your experience with or extent of singing prior to Rocketman?”

MADDEN: “Apart from in the shower, very limited. Singing is not my strong point so it was quite a terrifying task to engage with."

HOLCOMB: "When you watch the movie back now, are you pleased? You sounded great to the novice ear.”

HOLCOMB: "What role does music play in your life?”

MADDEN: “Huge part of my life, music. I listen to everything, there's not a lot that I don't - apart from really heavy metal, I'm not hugely into that. But in terms of – for this film, I was immersed in Elton's music - but it's always been part of me prepping for a job. I would listen to different music, and it's how I would unwind at the end of the day. I find it really affects my mood."

HOLCOMB: "In the film, Elton is thrilled to be making 25 quid a week for one of his jobs. What was your job where you felt like, ‘Yes, I'm making it now,’ even if it was just for a small amount of money?"

MADDEN: "I think the first time I was cast as Romeo, I was 21 playing the Globe Theatre, and that was like, ‘Okay wow, I'm doing it, this is cool.’”

HOLCOMB: “In my mind, I always imagine that if you can do Shakespeare at the Globe or in Stratford, then everything else is easy.”

HOLCOMB: "What do you hope audiences get out of (Rocketman)?"

MADDEN: "I suppose Elton's outlook on life. You see this film, you get to see all the good and bad things that have happened to him, the hardships he's faced, and now I see the 72-year-old man who is still at the top of his game, who still has the most positive, beautiful outlook on life despite all the bad things that happened to him. I think that's something really great you gain from this film is that, keep going, keep succeeding, despite how many setbacks you get."

Rocketman is rated R and is now playing.