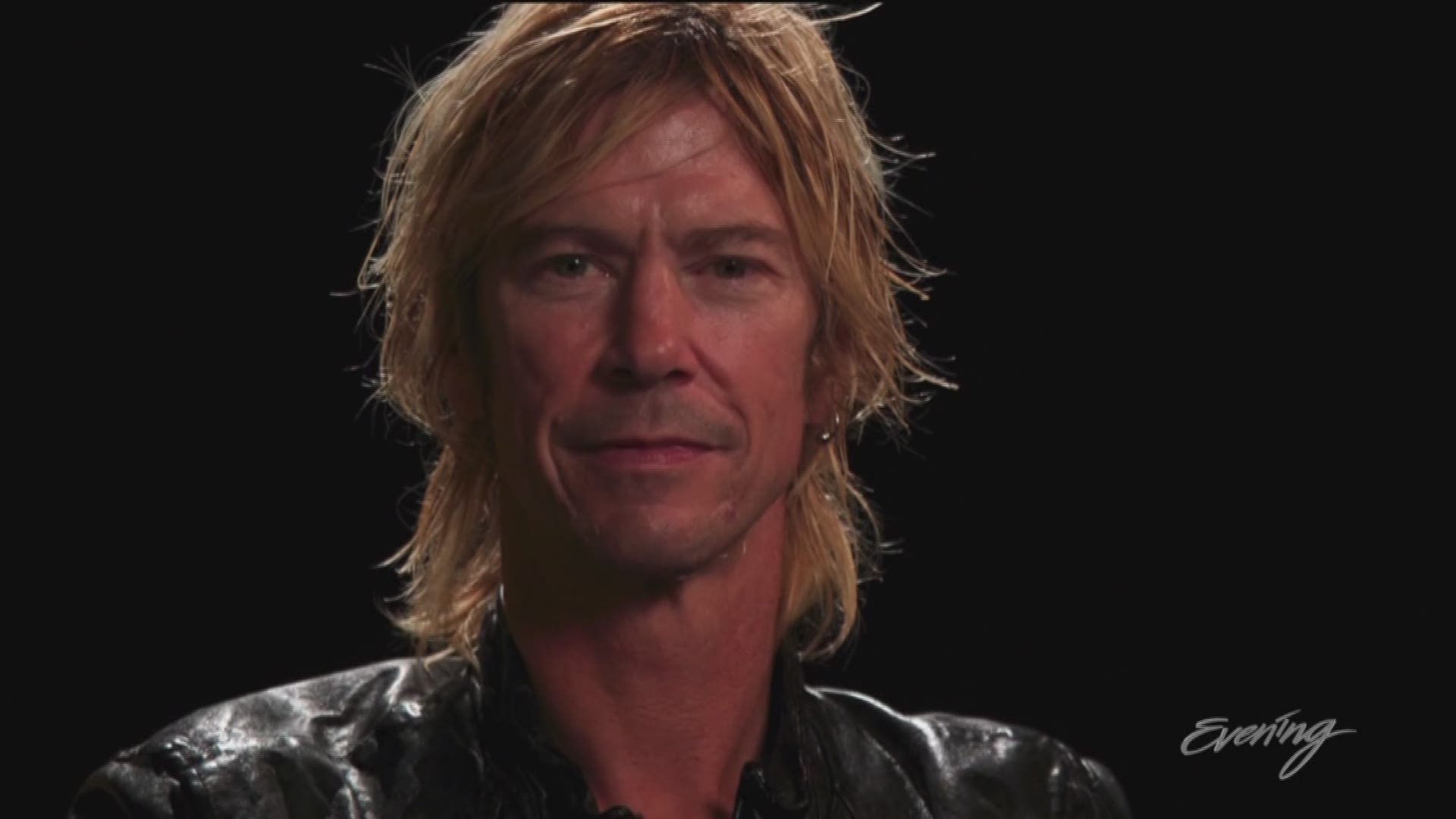 SEATTLE — Duff McKagan has played some of the biggest shows in the world. But this pop-up performance at West Seattle's Easy Street Records is special.

"There's so much pride of Seattle in this store," McKagan says. "Seattle's home. It's where I live. It's where I feel like this is my tribe and, you land at Seatac and you're like, 'Oh, I'm home.'"

He exhales deeply and smiles. The tension seems to leave his body. He loves this town. It's where he grew up. It's the place he left for worldwide stardom. And the place he always comes home to.

As the bass player for Guns N' Roses and Velvet Revolver, McKagan and his bandmates have sold more than 100 million very loud albums. But everything you need to know about the rocker's current mood can be found in the name of his newest record, "Tenderness."

"Thought I'd try a little bit of conversation."

The multi-instrumentalist and bestselling author had been mulling ideas for his next book.

"I started writing down things as we went out on the Guns N' Roses tours."

He realized that he'd been sucked into some of the division that's been ripping the country apart.

"Like, going down the rabbit hole of watching all of this stuff," he says. "And I even started following people on Twitter, and doing all the wrong things. My wife's like, 'You gotta stop.'"

McKagan started thinking a lot about people coming together.

People like himself and his GNR bandmates, who'd recently put their infighting aside, entered the Rock and Roll Hall of Fame and hit the road for a massive tour.

"It was just really nice to, as grown men, come back together and talk about all these things and kind of sweep them under the rug. If we just did that it would've been fine. But we got to go out and play our songs again. It's a band that doesn't phone it in."

Feeling newly inspired, his next book morphed into music. A solo project filled with messages of hope and healing.

"America's a place I recognize as us having each other's backs."

Duff McKagan may be lowering the volume but the message is loud and clear.

"There's enough screaming out there right now," he says. "And this is my attempt at doing something."