Dragons, secret jail cells and more in Renton - Neighbor in the Know

Renton's downtown is alive with mythical creatures, locally-brewed beer and a mysterious jail door in the back of a brewery! Sponsored by Windermere Real Estate. 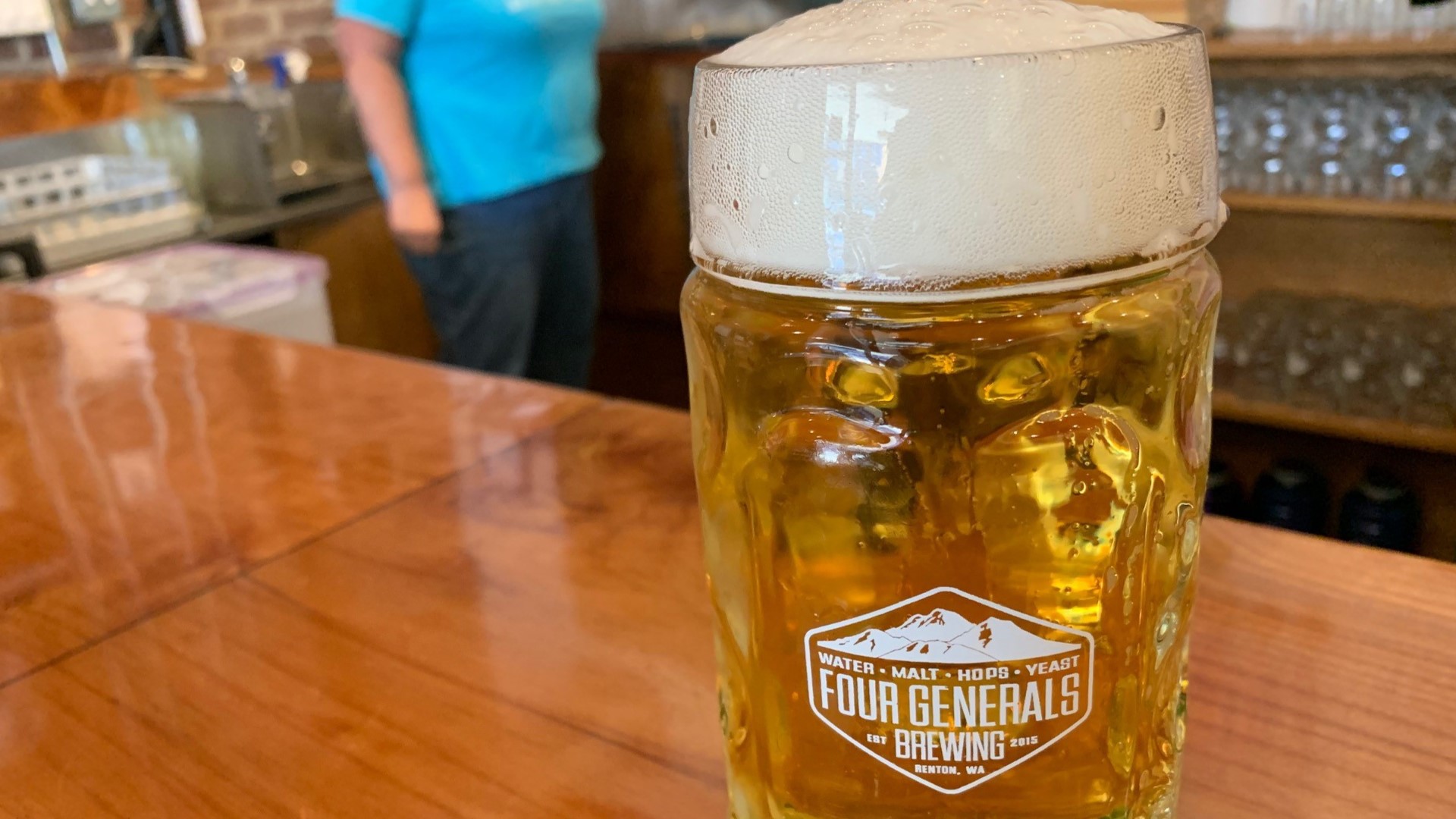 RENTON, Wash. — Heather Maddox, a Windermere Real Estate agent, knows her stuff. Born and raised in Renton- and now back with her family- Heather has a wealth of knowledge on the best spots in the city. And while it's tough to narrow it down, we're going to try.

First stop- Gene Coulon Park, Renton's gorgeous, mainstay park. Whether you're hanging out there during Seafair or viewing the fall foliage while you walk through the grass, Gene Coulon is a great place to stop and appreciate nature.

And because we filmed in the morning, Heather brought along some maple bars from Chuck's Donuts. Which are transcendent. Their frosting is totally different than normal donut frosting and out-of-this-world delicious.

Credit: KING 5
Gene Coulon Memorial Park is a great place to enjoy the weather, no matter what the season.

Another one of Heather's favorites is Four Generals Brewing in downtown Renton. This brewery specializes in German beer and has a broad selection of brews, from IPAs to hefes.

Be sure to head to the back of the brewery near the bathroom- you'll find an old jail door, a relic from Renton's old city hall! It also can, in a pinch, be used as a holding cell for rowdy drinkers. Just kidding.

You can bring food to Four Generals Brewing, too- Heather and I brought the famous Renton Depot sandwiches from the Whistle Stop Ale House, another one of Heather's favorite spots.

And for her, it's not just about the food- one day when she and her husband had a newborn, they stopped by Whistle Stop for some food, only to discover it was packed. As Heather turned away to go home, toting a tired newborn, the owner invited the couple inside, insisting he would find a table for them.

Credit: KING 5
This is the Whistle Stop Ale House's most popular sandwich- the Renton Depot!

There are a lot of great spots in downtown Renton, including Boona Boona Coffee and River Valley Cheese But be sure to look above Four Generals to spy Erasmus the dragon, Renton's official protector!