Real or hoax? A new Bigfoot exhibit is drawing standing-room crowds in Lacey

Local man details his terrifying encounter with a Sasquatch 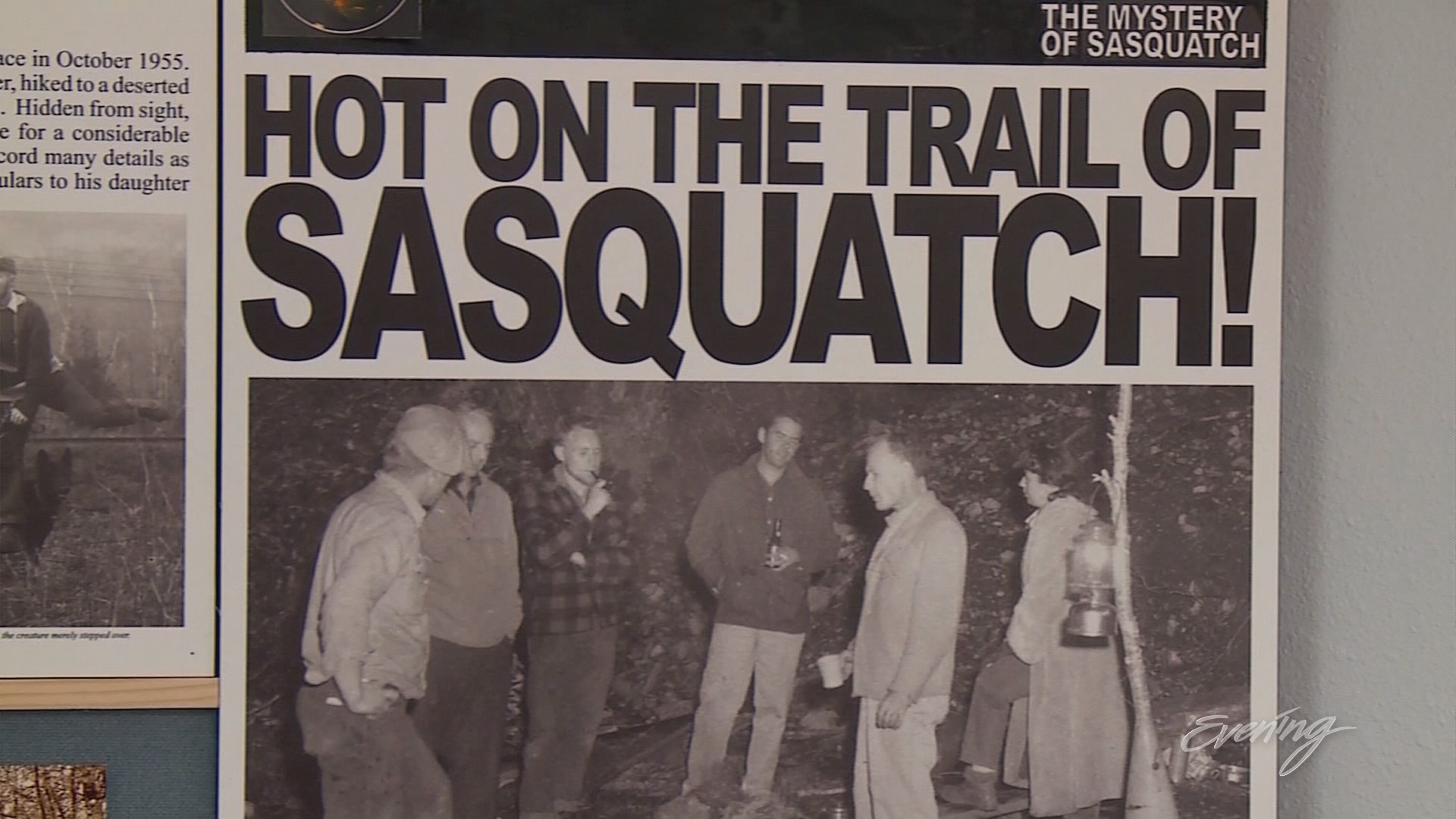 LACEY, Wash. — “The fact is that it is likely not a human,” says Chris Murphy. “It is something close to human.”

The subject is Sasquatch. Since the early 90’s, Murphy has written books, spoken at conferences and assembled one of the largest collections of Sasquatch-related artifacts ever assembled.

That collection can be seen all summer long at the Lacey Museum as part of an exhibit “Sasquatch Revealed”. It's drawing standing room only crowds.

"That's really what this exhibit is all about,” says curator Erin Quinn-Valcho. “It’s showing the evidence that's out there and seeing what you think about it.”

Credit: KING 5
There is a room full of evidence at the Lacey Museum.

You’ll be able to compare the human skull to that of a Sasquatch.

“There were hominoids that existed 200,000 years ago and we believe that maybe some of them still might exist and the Sasquatch is probably one of them,” says Murphy.

You’ll also be able to get an up-close look at one of the most famous home movies ever shot, the famous Patterson and Gimlin film shot in Northern California in 1967 and studied by scientists for more than 50 years.

“We are looking at it frame by frame, blown up as far as you can, and we could not find any evidence that it was a hoax,” says Murphy.

There have also been recordings.

“We've had those sounds analyzed and they come from something that we don't think a human being can duplicate."

What’s missing is solid proof to convince the scientific community.

“It's a tough one,” says Murphy, “we have never come up with a body or bones, and we don't want to shoot one. I have heard from hunters who say look they had a gun when they saw it but didn't want to shoot it because it looked too human.”

We met Larry Barnes at the exhibit opening. He has never seen a Sasquatch but he believes he encountered one in 1973 while camping along the Nisqually River.

“We could hear this 'kerplunk, kerplunk' in the river,” he says. “The Sasquatch are known to throw rocks at you so we think he was just trying to scare us off or something.”

There's a roomful of evidence at the Lacey Museum. But still, more is needed to convince skeptics.

“It does look like it's out there but we have to solidly prove it,” says Murphy.