Pirates and pups converge on San Juan Island to celebrate boats that get everyone out on the water. Travel provided by Kenmore Air. 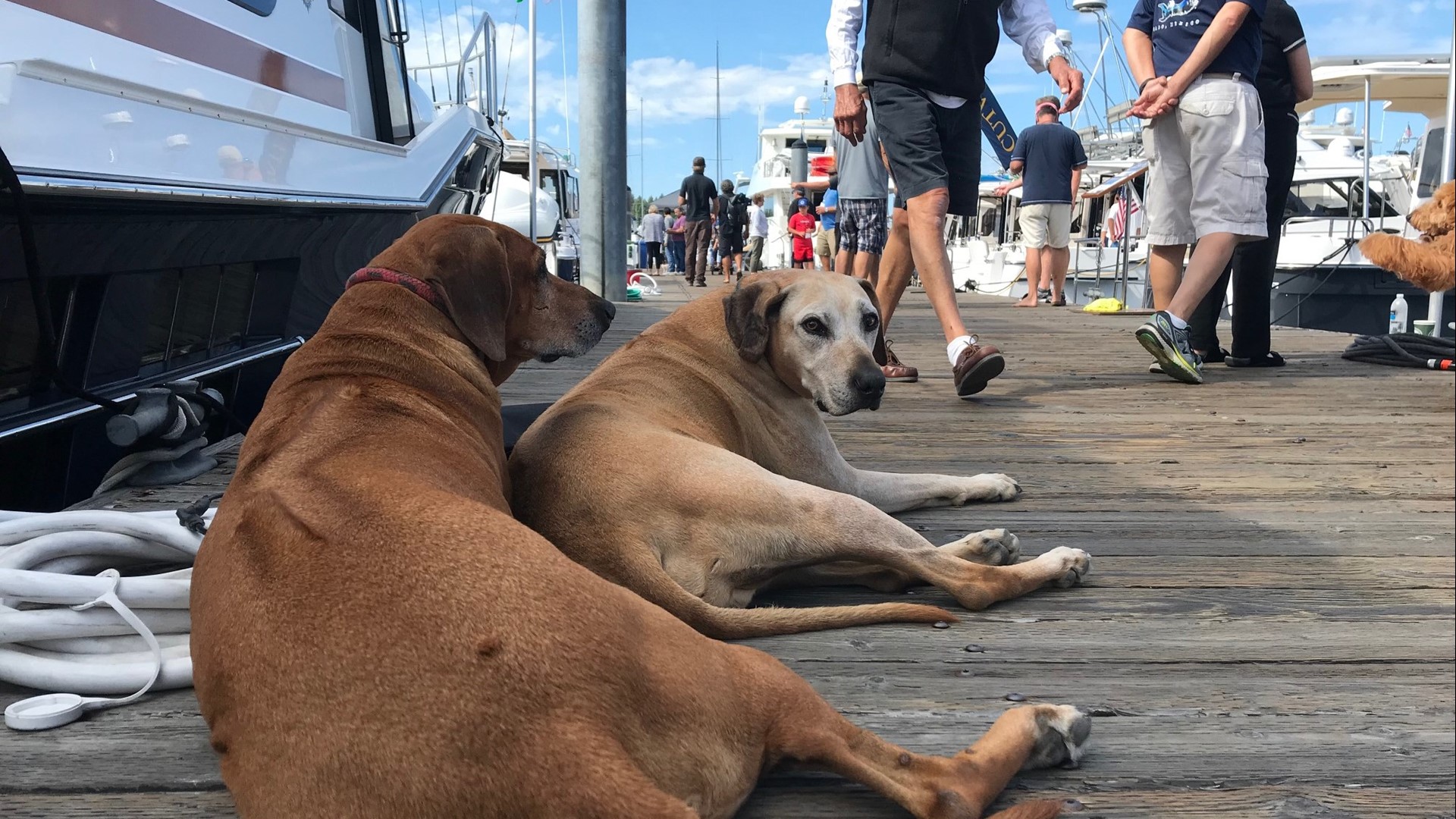 Taking the place over with lots of libations, salty dogs, and colorful boats.

This is the Ranger Tug/Cutwater Rendezvous. This year’s theme is ‘Pirates of the Caribbean’ which explains the skull and crossbone flags and dockside doubloons.

“It's the world's largest rendezvous,” said VP Jeff Messmer. We can’t verify that statement, but there are a lot of boats here. "Well a rendezvous is a reason to have a big party basically. There's over 225 boats here, there's over 500 people, it's one of Roche Harbor’s biggest events."

There's also a lot of local pride here: Ranger Tugs and Cutwaters, their sportier sister boats, are built in the Pacific Northwest:

"We're the largest boat builder on the west coast of the United States and certainly the largest in Washington,” said Messmer.

One reason these boats are popular: They're beginner friendly. Messmer says at least 50% of their customers have dreamed of having a boat, but never owned one previously.

Another reason for popularity: They've got the gadgets. General Manager Andrew Custis showed us the bells and whistles on their newest 2020 41-foot yacht.

"This is the part that gets everybody,” Custis said as he flipped a switch that made the galley table and settee slowly rise and reveal an entire room tucked underneath it, stocked with appliances. "Who doesn't need a washer, dryer, refrigerator and freezer on their 41-foot boat?"

They innovate on outdoor space also, Custis showed us the unique fold out seats in the cockpit of a Ranger Tug that allow people to lounge directly over the water.

Amid all these moving parts -- there's one that's purely cosmetic. It's a trademark of these boats. The smokestack. They don’t work, but they do add character.

Also, from the number of dockside dogs, it seems canines come standard with these boats - they don’t. But it's clear these boats are perfect for pups. We met dozens of dogs attending the Rendezvous.

Credit: Anne Erickson
Some of the booty on display at the Ranger Tug Rendezvous in Roche Harbor

At this get together, it's hard to tell what's more colorful, the boats, or the people who love them. We decided it's a tie.

“People smile when they see our boats,” said Messmer.