Dean Norton credits his success to hours of practice and family support. #k5evening 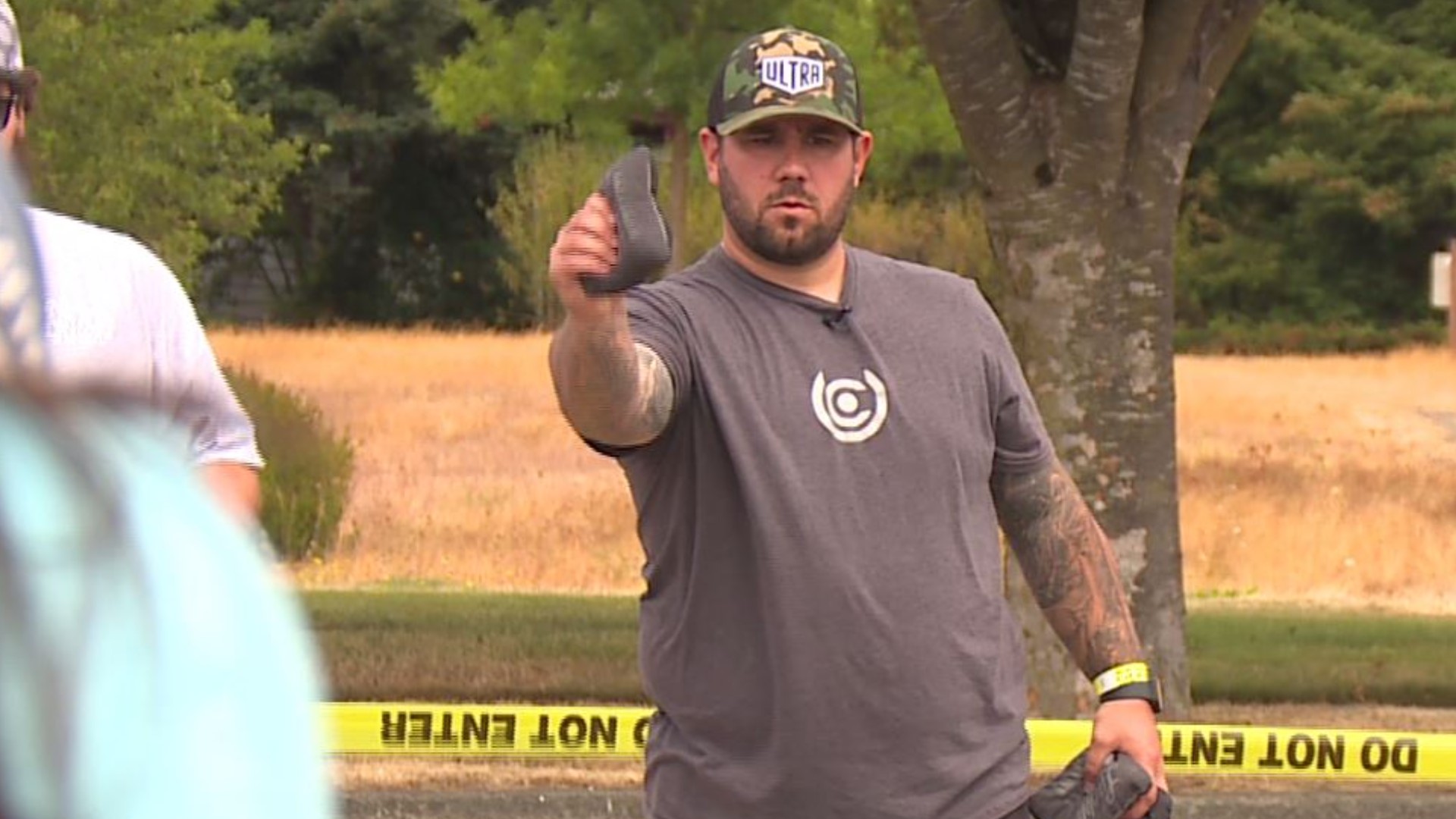 YELM, Wash. — At a charity cornhole tournament outside Mr. Doug's restaurant in Yelm, the bags are flying and word is spreading that among the competitors is an actual professional: Dean Norton.

"This game is 90% mental," says Norton. "You have to be mentally tough
to stay focused."

Two and a half years ago, Norton says he had never heard of cornhole when he first played the game in his parents' backyard in Rainier.

"I wasn't very good at it and my competitive side took over," Norton says. "Took a week's vacation from work and I played seven days a week for 12 hours a day. And now the more that I play, the better I get."

His fan base mostly consists of friends and family.

"My wife has been my biggest supporter throughout this entire thing," he says. "There is no way I would ever be where I am today without her."

He's found more family support in spirit. His practice boards have a picture of his brother on them. Sgt. Justin D Norton was killed in Iraq in 2006.

"We had a lot of very very good times together growing up," says Norton. "Times I'll never forget, and I know he's with me all the time wherever I am at. He is there"

In Yelm, amateurs can't wait to take on the champion.

"He practices a lot more than anybody I know," says Norton's aunt, Donna May. "There's so much strategy to playing this game a lot of people don't even realize."

"Consistency is the most important part of this game," says Norton," and it's one of the hardest things to do, to be consistent every time you throw."

To be consistent, Norton limits his throwing motions to the very minimal. He doesn’t take a step or move any part of his body that isn’t involved in tossing the bag. His bags arrive flat, often with a little spin, and usually right on target.

"It's not a sport a lot of people can just step into and be phenomenal right away," he says.

And "Evening" host Saint Bryan is a good example of that. He did get close a few times, but he never air-mailed a bag as Norton did. It's a bit like shooting a basketball from half-court and scoring without hitting the net.

"Did that just go straight in?" Bryan asks.

Norton has no expectations of making a living playing professional cornhole. He’s keeping his day job managing a road crew in Thurston County.  But after work you can always find him practicing in the backyard with his brother.

Credit: KING TV
Dean Norton's Brother, Sgt Justin D Norton, was killed in Iraq in 2006. His image is on the practice boards Norton uses after work.

“I've had some pretty big shots that not a lot of people will believe,” says Norton, “but he was there to see it.”